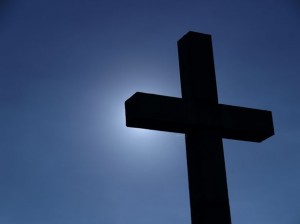 Good Friday” is a strange moniker for day which remembers the beating, torture, and crucifixion of God’s Son.

If I combed through the Bible to label something good, I’d pick other events.

These are good things.

However, “good” is not the word I’d use to describe the false accusations hurled at Jesus by religious leaders.  What good came of Judas’ betrayal?  What’s the positive spin on Jesus’ near death beatings?  What good transpired as the disciples watched their leader moan in agony as He dragged His cross up a hill, only to be nailed to it?

These events on their own mark Jesus’ death as an ordinary crucifixion in the Roman Empire.  However, the story doesn’t end there.  John 19:28-30 gives us insight into His last moments:

Later, knowing that everything had now been finished,and so that Scripture would be fulfilled, Jesus said, “I am thirsty.’  A jar of wine vinegar was there, so they soaked a sponge in it, put the sponge on a stalk of the hyssop plant, and lifted it to Jesus’ lips. When He had  received the drink, Jesus said, “It is finished.”  With that, He bowed His head and gave up His spirit.

“It is finished” are not words of defeat.  These are not ramblings of a delirious man.  It’s not a meaningless phrase muttered by one seconds from death.

Those words are a declaration to this good thing: Sin is dead, the grave is empty, and God is alive.

While Christ hung on the cross, He willingly shouldered my sins.  He embraced your sins.  Surely Jesus caught glimpses of us and the dark parts of our hearts while He hung dying: every twisted thought, each mistake, all those regrets.  Yet in spite of ourselves, Jesus chose to die in our place so we could avoid the just punishment for our sins we all deserve.

That’s what Christ finished.  He finished it for you and me.

For the addict trapped in an endless cycle, it is finished.

For the one facing a difficult diagnosis, it is finished.

For the one struggling to piece relationships back together, it is finished.

For the wayward child, it is finished.

For those feeling confused, angry, hurt, and betrayed?  Christ finished that, too.

Christ’s finished work is how we can move forward, with Hope that the same God who held the world together that day still holds you in the palm of His nail-pierced hands.

That’s what makes this Friday better than all the rest.  Sin’s death grip on the world up to that moment waved its white flag of surrender on Good Friday.

When you walk in the shadow of the cross, it always leads to the empty tomb, and an empty tomb always shines light on a risen Savior.  And you can’t have Easter Sunday without Good Friday.

That’s what makes Friday so Good.

← Sabbath Sanctuary: Winter Into Spring
The Hope of In-Between →