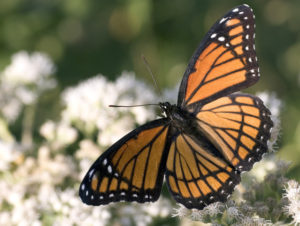 There is nothing that God cannot do. There is no one that He cannot change. You may be struggling with what you believe is the worst problem or habit ever known to man, and God can still help you to change!  If you allow Him to.

I was recently reading the Bible story about Joseph, and saw where his brother Judah had became such a changed man later on in his life.  Judah was the son of Jacob that connived with his brothers to dispose of their brother Joseph.  He realized that he could profit from selling his brother, and convinced his brothers to sell Joseph rather than kill him, so he led the way in enslaving Joseph, by selling him for 20 shekels of silver. (See Genesis 37:12-36)

Later on in the story, when Joseph became Governor and second in command in Egypt, Joseph’s brothers went to buy grain from him, not knowing who Joseph really was.  Joseph set them up and made it look like his youngest brother Benjamin, was a thief.  But when Judah realized that his brother Benjamin was going to be imprisoned for theft, he defended him.  Judah emerged as a hero when he offered to give himself up to be imprisoned in his brother Benjamin’s place!  Yes, this was the same Judah who didn’t think twice about selling Joseph to the Midianites, several years earlier!  He had become a changed person over the years.

Many major changes took place in Judah’s life over the years.  He became changed when he saw how grieved his father was, concerning what they did to Joseph.  Jacob thought that his son Joseph was dead, and Judah saw his father in sackcloth and ashes mourning the death of his favorite son.  He remembered that even when he and his siblings attempted to comfort their father after he was told about Joseph’s demise, that Jacob refused to be comforted.  I’m quite sure that Judah may have remembered the words of his father when he said, “All these things are against me!”  Judah was forever changed.

Some situations may seem devastating, you may go through some things that could really take you to the edge.  But you can still be changed into someone who has no scars or remnants of the devastating events!  When life seems to be going in one direction, but God has other plans for you, change is imminent!  There is no life that cannot be changed through yielding to God’s plan, even unconsciously!  There is no habit so strong, no sin so evil, no addiction so intense, no marriage so difficult, no job so stressful, that God cannot enter into the situation and bring positive and complete change.  We have to hold on, and trust God.  He can do it!

Sometimes change may take a while, sometimes it can happen overnight, sometimes it can happen suddenly, when you least expect it.  But change always comes when we yield to God’s plan for us.  Gideon had an encounter with an angel of God and he was changed from a fearful man, into one that was brave and daring, leading in the defeat of the Midianites.  The Apostle Paul, became transformed from a murdering terrorist, into a grace filled writer of huge portions of the New Testament.  No one is so far gone, that God cannot produce change in their lives.

I can speak of my own life, I have been changed by the power of God, as I also yielded to His power in my life.  I am no longer fearful, doubtful, or shy.  Yielding to His power simply means that we obey His Word, that we seek to have an intimate relationship with Him, and that we work on that relationship daily, just like we would work on any other relationship that’s important to us.

Sherma-Jacqueline is a Bible Teacher, Conference Speaker, Mentor, and Passionate Writer.  She has always enjoyed writing, and started off by keeping a diary in her teens.  She began prayer journaling over 18 years ago and began teaching on Prayer 12 years ago.  Her desire is to see the women of God rise up and be all that they’re called to be: Bold, Strong, Courageous and overflowing with His Word!

Hello!
Thank you for coming by!

Remain in Me, and I in you.
Just as the branch cannot bear
fruit of itself
but must remain in the vine,
so neither can you
unless you remain in Me.
I am the vine,
you are the branches;
the one who remains in Me,
and I in him
bears much fruit,
for apart from Me
you can do nothing.
~ John 15:4-5