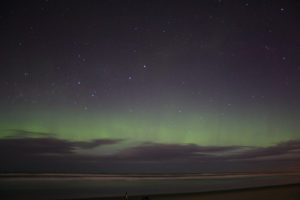 For a child will be born to us,
a son will be given to us;
And the government will rest
on His shoulders;
And His name will be called
Wonderful Counselor,
Mighty God, Eternal Father,
Prince of Peace.
~ Isaiah 9:6 (NASB)

When Isaiah the prophet spoke these wonderful words thousands of years ago, he could not have fully imaged the scope of what he was conveying to God’s people.  He understood the redemptive and Messianic implications, but as with all prophecy, prophets saw only in part.

“‘Everlasting Father’ ~ How can this be the name of the child?
This child wants nothing for himself; he is no wunderkind in the human sense,
But an obedient child of his heavenly Father.
Born in time, he brings eternity with him to earth.
As the Son of God
He brings us all the love of the Father in heaven.
Go there, seek and find at the manger the eternal Father,
Who here has become your dear Father, too.”
~ Dietrich Bonhoeffer, The Mystery of Holy Night

Indeed, it is unfathomable to our finite minds how a child can possibly be the Everlasting Father.  But this is the wonder of the Incarnation; the miraculous clothed in human flesh.

The word in the Hebrew is Strong’s ’Avi‘ad {5703}.  It combines two words: the word for eternal or everlasting ‘ad with that for Father ’avi.  Later in the verse ‘ad is joined with ‘olam to mean forever.  The connotation in the beautiful Hebrew language is that Jesus is the author of all eternity, the very Creator Himself ~

The Messiah is the Everlasting Father, yet He is not The Father; He is not the Father, the Father is not Jesus, neither persons are interchangeable with the Holy Spirit.  Jesus declared that He and the Father are one, yet they remain separate; they each are a distinct person of the Godhead.  The Son and the Spirit were active in the Creation, but there is only One Father.  Knowing this to be true, how then can the Messiah be the Everlasting Father?

Christ repeatedly referred to God as “Father” and prayed to Him; He was sent by the Father.  Some things can be said of Christ that cannot be said of the Father, e.g., the Father did not clothe Himself with human flesh.  The Messiah suffered and died for the redemption of humankind ~ the Father did not.  The Father sent Him, anointed Him, gave Him authority, and filled Him with the Holy Spirit:

You know of Jesus of Nazareth, how God anointed Him with the Holy Spirit and with power, and how He went about doing good and healing all who were oppressed by the devil, for God was with Him.” ~ Acts 10:38 (NASB)

Christ is a Father in respect to the men and women God gave Him; His children in the New Covenant whom He adopted and who carry His Name ~ you and me.  He prayed to the Father on our behalf as those who will belong to Him through the disciple’s faithful testimony about Christ. (John 17:20 NASB) {Please read the entire High Priestly prayer of Jesus in John 17.  It is some of the most beautiful prose every spoken and penned.}

Christ is a Father to us who carry His name.  There are many who are now without their earthly fathers.  Some have passed away; others neglected or abandoned their children.  However, Christ promises that He will never die, and that we shall never be left alone and fatherless.  He will supply our every need and He clothes us with His everlasting raiment of salvation; He has given us all authority to be seated with Him.

The Everlasting Father or “Father of eternity”[1] is the author of eternal life and is the everlasting I AM, who was before all things, and enjoyed glory with Father before the world began.  Lockyer recites a fascinating background to the idea of Father.  When a Roman citizen had performed a deed of infinite value, soldiers would raise him on their shields and garlands of flowers were thrown at his feet and was hailed Pater Patriae ~ Father of his country.[2]  This evokes Palm Sunday imagery in my mind ~ as Jesus was hailed and worshiped on that day and declared to be King.

“Such an honorable title given to men can illustrate the idea associated with the words rendered Everlasting Father.  Christ was certainly the Father of His Country, for while on earth He declared that He came from heaven where He had been through the eternal past.  For Him, whose Fatherland was the universe, and whose age is eternity, the glory is that He is the Christ of all ages.”[3]

He will never leave or forsake us; that is His promise.  Isaiah’s words foretell His First Advent, yet we watchfully anticipate His Second.  The Septuagint and Vulgate both translate Everlasting Father as “Father of the age to come.”[4]

For this reason we must pay much closer attention to what we have heard, so that we do not drift away from it.  For if the word spoken through angels proved unalterable, and every transgression and disobedience received a just penalty, how will we escape if we neglect so great a salvation?  After it was at the first spoken through the Lord, it was confirmed to us by those who heard, God also testifying with them, both by signs and wonders and by various miracles and by gifts of the Holy Spirit according to His own will.  For He did not subject to angels the world to come, concerning which we are speaking.  But one has testified somewhere, saying,

“What is man, that You remember him?
Or the Son of Man, that you are concerned about him?
You have made him for a little while lower than the angels;
You have crowned Him with glory and honor,
and appointed him over the works of Your hands;
You have put all things under his feet.”

For in subjecting all things to Him, He left nothing that is not subject to Him.  But now we do not yet see all things subjected to Him.” ~ Hebrews 2: 1-8 (NASB)