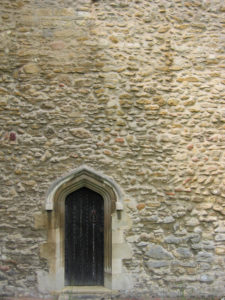 Several years ago I was in a Bible study examining the nature of God.  When the teacher commented that God is angry at sin and is sometimes a God of wrath, there was an outcry from some of the study group. “Oh, no!”, they said. “He is a God of LOVE!!“ They wanted to believe that God was never angry; that everyone who died would be received in heaven, because “God loves everybody”, and He would never reject someone who had sincerely tried to be good.  Although others tried to show them God’s assessment from the scripture (There is none righteous, no, not one. Ecclesiastes 7:20,Romans 3:10) and that we are saved through faith in Christ by the grace of God alone, they could not reconcile the fact that God is holy as well as loving.

It reminded me of a young intern we had at one church I had attended years ago.  He was deeply concerned that the current thought in the Church was almost universally focused on God’s love and that the facts of His holiness and fierce hatred of sin were being quietly ignored.  He repeatedly preached about our arrogance in making God too small; how we try to make Him over into our own image, or into an idea of what we would prefer Him to be instead of actually What and Who He is.

There is a lot of confusion about God’s love.  God’s essential character, the personification of Goodness and Love, is never in question.  It is true that He loves mankind; this is demonstrated by His provision of a way of salvation for all of us.  God so loved the world that He sent His only begotten Son …… However, He is also holy.  He cannot be in the presence of sin.  He does not compromise.  Since He has freely offered all of us a way of reconciliation, those individuals who refuse to accept His provision in Christ must accept the consequences, and He is holding His wrath toward them for the future.  The Scriptures have a lot to say about His wrath.  The Book of Revelation tells us the final resolution of His relationship with His enemies. God does not change.  He will do as He has promised.

God’s love is a gift and a miracle of His grace, and at a terrible cost.  It is not an automatic entitlement.  He  is not required to love us.  He does love us all, but that won’t deter Him from exercising judgment.  The situation is like a good father who loves His children, but must hold them accountable to the family rules.  He has done everything He can to make a way of reconciliation possible.  Peace with God was paid for by the blood of Christ whose death satisfied God’s judgment for my  sin and yours.  On our own, because of our sin, we were incurring His wrath toward ourselves (Rom. 2:5-8), but when we accepted Christ as Savior and Lord, we were set apart by His grace and now can call the Father “Abba”.  Acceptance by God is not because of our own righteousness, but on the basis of the righteousness of Christ which He credits to us.  Although He loves us eternally, we have no claim of deserving His love or being entitled to it.  It is all grace.

However, it is really about that idea of making God too small that I want to comment here.  Many years ago I read a challenging book called Your God Is Too Small by J.B. Phillips.  Phillips listed a variety of differing viewpoints about God’s nature and showed how many of them shortsightedly diminish the true nature of God by limiting Him to certain behaviors or patterns of working.  I see many of his observations at work in today’s Church.

For example, some sentimentally see Jesus only as “gentle Jesus, meek and mild”, and never understand the force of the dynamic radical striding through the towns of Palestine, calling people to ideas that are revolutionary even now: things like loving your enemies and doing good to those who hate you.  They ignore the turmoil He created in challenging the legalistic Pharisees, and His ultimate offense: claiming to be equal with God (John 10:30).  Mild? The most superficial examination of the Gospels shows a man of such strong character that He provoked His enemies to murder!

Another limited understanding of God is what Phillips called “the heavenly bosom”.  We live in stressful times and it is comforting to know when we are hurting that we have a Father Who loves us, and an advocate Who will understand all about our pain.  We fly to Him and plead for solace and reassurance, and it is a temptation to want to stay in that calming place where we feel so secure.  However, if we choose to stay there too long we reinforce those in the world who see Christians as escapists.  God is our refuge… not to escape our problems, but the One with Whom we can go through them.  Part of the reason we go to the Father is to find our strength in Him.  Although God certainly wants to be our comfort, the strength He gives is meant to provide the Source from which we may turn back to face the world, confident in Him and in ourselves.  We are to become revitalized and made willing and ready to do the work which He has given us: to proclaim the Gospel of Jesus Christ boldly, and to be salt and light in the world.

Another too-small god is “the grand old gentleman”.  Some people assume that God is so ancient that He could not possibly be in touch with today’s problems.  There is a sort of hazy picture in some minds that He is a nice, but somewhat dim grandfatherly type, now relegated to sitting up in heaven and benevolently bestowing blessings and creating rainbows.  They downgrade His infinite power and glory, and assume that He is there merely to be our servant and to grant all our wishes. Instead, far from Him being our servant, He is omniscient, omnipotent, and infinitely holy.  He is capable of great wrath.  As His redeemed creations it is our privilege and grateful indebtedness to serve Him.

For me personally, the most damaging of the false gods is the “god of 100%”.  For years I struggled and agonized because I had read Matthew 5:48 and assumed it meant I was to be perfect now.  It was a long time before I realized that this was not a directive for now, but a goal which we will never achieve it this side of heaven.. I beat myself up over and over again trying to please a “god of 100%” who never existed.  It wasn’t until I really began to understand Grace that I was freed of this terrible burden and began to understand what Christ meant when He said His yoke was easy and His burden light.

Subconsciously, I had been seeing God as a terrible tyrant and I needed to recognize that Love does not bully.  I had to come to understand what Christ meant when He said, “Learn of me”.  Learning is a gradual process.  Implicit in the process of learning are expectations of trial and error, of gradual accumulation of wisdom.  God wants us to realize that He is on our side and that He can and does love us as we are.  It is more that “it may be God’s ambition for us to be perfect”, as Phillips puts it, but that He will continue to love us and support us while we are learning.  The thing that drove me to Him in the first place was the overpowering understanding that He loved me in spite of the fact that I definitely was not perfect!  Phillips also says, “God may be perfect, but He is no perfectionist, and 100% is not God!”

There are many other examples of how we underestimate God.  It is impossible for us with our finite intelligence ever to be able to define God completely and be aware of all His attributes.  The best we can do is to search for Him through the scriptures and in the example of Christ.  We also have our own experiences with Him, and we see how He has worked in the lives of others.  God presents Himself to us as a man, as the Christ, partly so that we will not be overly intimidated by His awesome power.  I think we will all be amazed when we finally stand before Him and grasp the extent of His sovereignty and glory.  Then we will understand why we need to fall on our faces before Him in worship, and give thanks for the miracle of His grace.

← The Names of God: Everlasting Father
The Love of God →