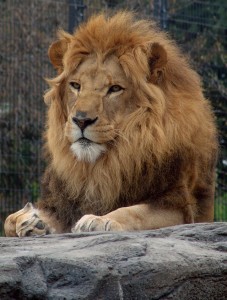 By Sherma-Jacqueline Felix
This is the season where we celebrate the Lamb that was slain, Jesus!  As we do, I thought I’d take a look at things that pertain to the Lamb as an animal, along with the lion and the hind as well.  These 3 animals are frequently mentioned concerning us in the Word of God.

Jesus has made our feet as the feet of hinds:
Habakkuk 3:19  The Lord God is my strength my source of courage, my invincible army; He has made my feet steady and sure like hinds’ feet.

Actually, the Bible says in 3 different places that our feet have been made like the feet of a hind.  If we take a look at the hind, we’ll see that they live in mountainous regions, they’re consistent, very precise, and take deliberate steps as they move.  They don’t travel in groups, and they’re pretty confident creatures.  God makes our feet just like that.  He wants us to be confident, single minded, steady, sure footed, and alert at all times.  That’s because God knows that the enemy is looking at us from every angle, trying to take us out the first chance he gets.

The Lamb, on the other hand, is a different type of animal.  You may have heard the phrase, “dumb as a sheep.”  This is because if one sheep/lamb decides to go somewhere, the rest of the flock will always follow.  They are never alone, they stay together in a group while they’re grazing, and they patiently follow whoever is in front of them, wherever they’re going, even over a cliff! 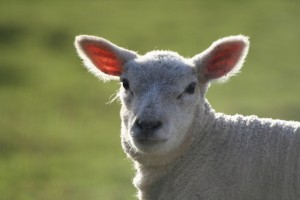 Ahh, but then there’s my friend the lion.  He is fierce, robust, proud, and bold.  He fears no one and owns the jungle!  Some of the traits of these 3 animals are in us.  What a combination of humility, and meekness God has bestowed on us!  What strength, fortitude and fearlessness He has instilled in us!  In many ways, we are like the lion, the lamb and the hind.

In reading about the story of the Resurrection of Jesus, I see all of these creatures come into play as we see Jesus being deliberately and precisely led by the Father through the streets of Jerusalem on what we now celebrate as Palm Sunday.  Before the foundation of the world there was a pathway carved out for Him to take on that day, and His time had come!  As He rode on the donkey into the city, it was that same pathway that He followed as the throngs threw palm branches on the ground and saluted Jesus saying, “Hosanna, blessed is the King of Israel that comes in the name of the Lord.”  (John 12:13)

Jesus’ actions in those final moments before the crucifixion had to be played out without error.  This was the Father’s plan coming to fruition so that Jesus could ultimately bring many sons (you and me) into His glory!  He had to have the surefootedness of the hind, the humility of the lamb, and the confidence and boldness of the lion, in order to be able to make it through to the cross.  Even with the threat of crucifixion, Jesus was as bold as a lion! He didn’t shrink back, and He certainly had no fear.  He knew it had to be.

In those last moments, in that tense, spiritually charged atmosphere, Jesus was the LION, Jesus was the LAMB and Jesus was the HIND that He is now expecting us to be in different situations in our lives.  He confidently stepped up to the greatest challenge of His life, the cross.  He boldly gave up His life knowing that it would forever bring peace to whosoever wanted it.  He humbly allowed Himself to be crucified knowing that the nails that were placed in his hands and feet would eventually bring healing to whosoever needed it.

This Resurrection season, let’s focus on the true reason for the season.  I’m not knocking the festivities, I am simply saying that as the traits of the lion, the lamb and the hind are in us, we should use this awareness as an opportunity to better our relationship with our Conquering King.

About the author :
Sherma-Jacqueline is a Bible Teacher, Conference Speaker, Mentor, and Passionate Writer.  She has always enjoyed writing, and started off by keeping a diary in her teens.  She began prayer journaling over 18 years ago and began teaching on Prayer 11 years ago.  Her desire is to see the women of God rise up and be all that they’re called to be: Bold, Strong, Courageous and overflowing with His Word!

1 comment for “The Lion, The Lamb, and The Hind”