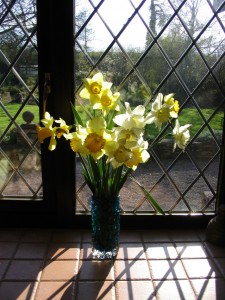 At the beginning I want to state that the following opinions are mine alone, and come out of the fact that I find myself at a spiritual crossroads.  Next month I will celebrate sixty-seven years since I came to know Christ as Savior and Lord.  During all that time I have been a member of what has been called the evangelical movement.  However, although my faith has not altered, gradually over the past several decades the definition of “evangelical” has become very confused.

Beginning in the sixties with the assimilation of the Pentecostal movement into mainstream Christianity, and with the politicizing of evangelicalism through the efforts of men like Jerry Falwell and others, the American Church has changed dramatically.

Billy Graham’s work in the forties and fifties had opened the way for broad-stroke evangelization techniques.  Others (not as theologically traditional) copied and expanded his methods.  The changes in communication techniques brought both good news and bad news.  More people had access to elements of the Gospel through broader visibility.  However, along with many preachers solidly grounded theologically, there was also a surge of preachers whose alternative theology was Biblically unsupported, as well as a sprinkling of out-and-out charlatans.  Eventually Jim Bakker and others were successful in marketing such unorthodox theology as the prosperity gospel, which distorted the understanding of millions of trusting followers.  Because of the aura of authority and authenticity which television attributed to this diverse group, millions listened to messages twisted by the prosperity gospel or other unconventional theology and bought into them.  A lot of pure bunkum was (and is) being touted as Biblical truth.

Unfortunately, the importance and authority of the Scripture has been marginalized by many in recent years, and uneducated and/or naïve viewers sadly don’t have sufficient personal knowledge of the Bible to protect them.  Their faith is often based on emotion or wishful thinking rather than a solid knowledge of the character of God and a well-founded knowledge of Scripture.  Bakker himself has stated in an interview with Barbara Walters that he now believes that his prosperity gospel was wrong.  Yet, there are unknown numbers of people who accepted his statements as truth at the time, and who are even now clinging to the idea of “health and wealth” as the message of the Bible.  There have been plenty of people eager to take up where he left off, and who have acquired millions of followers whose understanding of Christianity is confused at best.

The message of Falwell and his counterparts was a further deviation. He brought a note of secular politics into the canon of what evangelicals “must” believe, even though Christ’s attitude toward politics was to render unto Caesar what is his, and to God what is His.  There is no specific Biblical directive as to political beliefs; we are instructed merely to follow a Spirit-led conscience in loving our neighbors.  The last time I looked, an argument could be made that how best to love my neighbor could be represented by either political party in this country.  Instead of recognizing that well-meaning people can disagree about goals and methods and behaving in a civilized manner, both parties have chosen to demonize the other, and those using their claim of faith as credentials are often in the middle of the fight.  While our faith should affect our general perspective, it also should be bigger than the NRA or immigration issues.  I should vote my beliefs, but frankly, I don’t understand how 21st century American political opinion has become a condition of faith; it is not in my Bible.

The advent of television as a major vehicle for religious broadcasting also stimulated the trend toward mega-churches.  With the stated intention of reaching more people for Christ, a substantial economic base was necessary before you could get on the air.  Large congregations were now crucial.  Using secular marketing techniques, seekers as well as believers were aggressively pursued for church membership.  In order to add more people quickly, the criteria for church membership was simplified and based on one-dimensional gauges like a quick recitation of the “Sinner’s Prayer”, rather than a careful examination of belief by those in authority.  Because churches needed to amuse in order to hold their semi-religious audiences, old thoughtful liturgies considered too dull for the seekers and potential television viewers were abandoned.  Instead, congregations were offered the inducement of entertainment (labeled worship) involving more contemporary sounding praise teams, full orchestras, jazzy rhythms, drama groups, big screens, and state of the art sound systems.  These changes were not necessarily a totally negative thing, but may have changed our understanding of worship significantly.  Passive observation replaced individual devotion.  The transcendent attitude of reverence and awe toward the presence of God in our midst was replaced by the mood of a pop concert or a pep rally.  Instead of God being the center of our worship, churches became part of the cult of personality.  It was no longer God’s church, but the church of the Rev. So-and-so ( and “Reverend” was sometimes a self-acquired title rather than one earned at a seminary).

Somehow, instead of the Church changing the world, the world has changed the Church.  Gospel music is now just another division in the secular rating system and awards are given by secular judges for the “best” (read most profitable) in the Gospel genre.  We have Christian movies competing with secular movies for ratings and awards.  Christian book stores hide the Bibles and commentaries at the back of the store and the front displays are filled with books by famous television preachers, some of whom have negligible theological backgrounds.  (Joel Osteen, for example, studied radio and television communications at Oral Roberts University, but did not graduate, and has no formal training in theology.)  They are famous for being on television and for attracting huge audiences by promising people what they want to hear (i.e., health and wealth or personal power).  They also, incidentally, make huge fortunes for themselves.  The Christian message of humility and servanthood has been replaced by the creed of the elevation of self.  Christianity has become big business, and the “evangelical movement” has moved far away from being represented by the thoughtful ideas of men like C.S. Lewis, John Stott, Carl F. Henry and others as it was when I was a young Christian.  We have moved out of the sphere of genuinely worshipful churches into the realm of bread and circuses.  I have come to feel completely alien from today’s evangelicalism.  Just because millions are following these ideas does not make them sound.

In reaction to this secular trend, some churches have responded with greater legalism.  Since Paul tells us we have liberty of conscience over many details, I also must disagree with those who insist that I must put myself under all kinds of arbitrary legalities in order to please God.  I am happy to try to live a Christ-centered life which honors Him, but I sincerely doubt that He is offended by many of the issues which the legalists have tried to force on their followers.  I strongly question that He is angered if I don’t use the King James translation or don’t homeschool or (as a woman) take a job outside the home.  Instead, I believe He is more interested in our genuine love for Him and for our neighbors than in our keeping of such man-made rules.  Remember those Pharisees, who kept the Law impeccably but whom Jesus called whited sepulchers because He knew the sin that was in their hearts?

I want to understand how Christ would see many problems of today.  How would He approach the world-wide refugee problem?  How would He treat homosexuals?  How would He specifically apply forgiveness and mercy to everyday situations?  It is easy enough to be a “victorious Christian” (a cliché which has come to make me cringe) if you see everything as black and white and no grey areas are allowed to raise questions.  However, if I want to grow as a Christian, I think it is necessary to recognize these grey areas and be able to understand how God’s love transcends every circumstance.  Either God is sufficient for every situation in life, or He is a sham.  Either Christ is Lord of all, or He is nothing.

I want to go back to my Bible and try to focus on what Christ meant when He told people to follow Him.  I don’t think we are here merely to isolate ourselves in closed communities whose major purpose is taking care of our own needs, with only token service to the world outside.  Instead, believers have been called to act as light (to illuminate by revealing the love of God to those around us), and as salt (compassionately preserving His values in the culture).  We are here to be His witnesses: to tell others about God’s gift of salvation in Christ and to share His grace.

I pray I will be an intentional and thoughtful child of God; demonstrating a servant’s heart and the humility of someone who understands the miracle of grace.  In today’s world, we Christians need to jettison “attitude” and get back to letting the world see Christ in us; not proud; not in-your-face about our faith, but living humble lives which quietly demonstrate the love of God.

How do I distill the foundational truths of Christianity out of the muddied values of the secular and materialistic Church of today?  It is a task which I believe takes priority for me at this time.  I need to identify the profound differences between the Gospel of Christ and the ambiguous gospel of today’s Church.  It is partly for this reason that this will be my last article as a staff writer for CWO.  It has been a privilege to share my journey with you over the past five years.  Thank you for your support and encouragement.  I have learned a great deal from the other staff writers and the comments of the readers.  May God continue to bless CWO and its readers. Keep looking up!

[Editor’s note: It has been our great joy and privilege to have Barbara Greenhow serve on the staff of CWO and share her good words/good works with us all!  Her contributions will be greatly missed and she knows our “doors” are always open to her if the Lord leads her in this way.  May the Lord continue to bless you, Barbara, as richly as you have blessed us!]

← The Love of Christ
The Lion, The Lamb, and The Hind →

2 comments for “The Challenge”