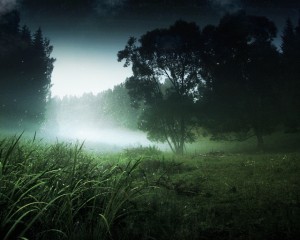 Yesterday we remembered Christ and His crucifixion; His holy sacrifice for our filthiness and sin.  Every sin I have committed, every idle word I have spoken was nailed to the cross yesterday.

As Good Friday passes we look forward to Easter Sunday and celebrate the greatest event of all time ~ the Resurrection. Christ came out of the grave and defeated death, hell, and the grave.  He tasted death for us and overcame it.  He holds the keys to hell, it is a celebration indeed!

Somehow, Saturday seems to get lost in the holiday preparations.  We return to the mundane ~ life as usual, preparing food, doing the laundry, preparing meals, preparing for worship on Sunday.  But what about Saturday, the Sabbath day, the morning and evening ~ before Sunday.  Scripture too, seems to quickly pass over Saturday.  There seems to be a void after the horrific crucifixion scene the previous day, and the celebration of an empty grave on Sunday.  Matthew grants a glimpse into some of the events on Saturday; the Pharisees before Pilate ensuring the grave is guarded, there will be no grave robbing this night!

Holy Saturday seems to be a time of waiting; a place where nothing significant occurs. “The crucifixion, deliberately timed to precede the Sabbath day (which in John’s chronology was the Passover itself), was naturally followed by a pause when nothing would happen, and certainly no visit to the tomb by Mary and the others to anoint the body.” (Alan Lewis, p.3)  Saturday is just an ordinary day, with Jesus body seemingly lying in the cold hard tomb, leaving all creation to groan for Him.

Though Jesus’ body may be entombed and laying on that cold, hard, rock slab ~ there is much happening behind the scenes, taking place in the unseen heavens before His pierced, precious body is resurrected.

Jesus was not lying idle on Saturday; He was busy freeing the captives who died before His glorious appearing, when all of heaven kissed the earth.  He was battling the devil and his minions.  The prophet Hosea foretold the descent of Christ into Hell in Hosea 13:14 O death, I will be thy death; O hell, I will be thy bite.  And so too, the prophet Zechariah 9:11 Thou also by the blood of Thy Testament hast sent forth Thy prisoners out of the pit.”  Peter penned in 1 Peter 3:19 In which also He went and made proclamation to the spirits now in prison, who once were disobedient.  Paul tells us in Ephesians 4:9 what does it mean except that He also had descended into the lower parts of the earth?  Jesus defeated death, hell, and the devil, and mocked them openly.  When He had disarmed the rulers and authorities, He made a public display of them, having triumphed over them through Him. Colossians 2:15.

Sabbath Saturday seemed quiet; the dust settling from the events and commotion of the traumatic events of Good Friday, and a quiet hush seemed to hold the city captive.  It looked like everything was dead.  Everything the Disciples hoped for is gone ~ their dreams died and were buried with Jesus.  They could not see all that Jesus was doing; He was overcoming hell so that He could ascend to take His place at the right hand of the Father.  There were many things Christ had to do before He could present Himself, the perfect sacrifice, and sprinkle His blood on the Heavenly Mercy Seat.

So rest this Sabbath, and know that though everything seems dead, and your heart is broken from disappointment, broken dreams, and betrayal, that Christ is working behind the scenes to resurrect NEW LIFE.  Sabbath Saturday is a time to rest, to regain your strength for the New Life Jesus is preparing for you right now!  Rest this Sabbath Saturday ~ tomorrow is Resurrection and New Life!

Consecrate yourselves, for tomorrow the LORD will do wonders among you. (Joshua 3:5)