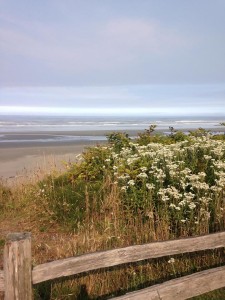 My sons teach me valuable lessons.  Through their actions, God often speaks to me.  When my older son started his first day of kindergarten, I dropped him off and helped settle him in while the other parents did the same.  As an icebreaker, the teacher placed a coloring page with a bear on his desk that said, “This is how I colored on the first day of kindergarten.”  I watched him carefully to see if he colored in the lines.  He started well, but moved away from the bear to draw a sun and his own objects.  I immediately corrected him by saying, “What are you doing? You’re outside the lines.”  He replied with respect, “But it is my picture, Mommy.”  Despite his mild protest, I thought, “Oh no!  His teacher is going to think that he cannot color.”  I looked around and saw the kids coloring their best while my son drew a sun and other images.

After he came home, I asked, “What was your favorite part of your day?”  He said, “Drinking out of the water fountain.”  I wanted to blurt out and say, “WHAT? Is that it… drinking from the fountain?”  His response to my question and coloring did not please me.  Then the Holy Spirit rebuked me for judging him and missing a two-fold revelation.   My son thought outside the box, which would set him apart.  And he experienced something different at the fountain, causing him not to mention anything else that happened throughout the day.  Therefore, I asked him why, and he said, “I liked it because it made my throat feel better.  It felt like an ocean in my throat.”  Those brilliant words coming from a five-year-old are spiritually deep.

A woman in the Bible can relate to my son’s experience.  Scripture does not mention her name, only her culture.  After Jesus departed from Judea, He left again into Galilee, where He went through Samaria to come to a city called Sychar.  Because of His weariness, He stopped at Jacob’s well and the Samaritan woman approached Him to draw water from the well.

Jesus asked her, “Would you please give me a drink of water?”
(John 4:7 Contemporary English Version).

The woman immediately recognized that culture forbade Jesus to interact with her.  All the strict Jews traveled an indirect route to avoid the Samaritans for their intermarriage with the Assyrians and their worship on Mount Gerizim, rather than Jerusalem.

Jesus showed others how He was “thinking” outside the box by changing His route and speaking to the woman.  He is fully man and fully God, and His creative action showed Him fulfilling the law rather than being bound to it.  To her surprise, just like how I handled my son, the Samaritan woman missed the eye-opening experience.  She did not see that Jesus was stepping outside the norm to meet her at her present situation, which was dire.

Her spiritual eyes opened, and she asked to receive that water.  Despite her asking, she did not see what was coming next.  Jesus privately revealed her past lifestyle of immorality.  Nevertheless, His divine mercy allowed her to know that He washed away her sins.  The woman experienced something unique when she drank from the water that Jesus gave her, and many people converted because of her testimony and their own encounter with Him.  Though it is a colorless, transparent, odorless, tasteless liquid this water that Jesus offered represented eternal life.

Perhaps you are in a situation where you desperately need a breakthrough.  Your past or your current predicament may make you feel as though Jesus wants nothing to do with you, but that is far from the truth.  He comes for the sick, not those who are well.
(Mark 2:17) He comes to give you abundant life. (John 10:10)  Jesus can meet you at your well; whether you stand in the need of healing, salvation or deliverance.  If you have the mindset to recognize and welcome His presence, your “well” experience can change your life.  It can transform spiritual poverty into spiritual prosperity, replace a spirit of heaviness with praise, provide peace in the midst of your storm, and open the door of favor when all odds are against you.

I thought my son was wrong, but I realized that he was communicating what the Samaritan woman was feeling.  It was her first day of kindergarten, and as we see her celebration, we can honestly say the Samaritan woman’s favorite part of the day was drinking at the fountain also.

If you do not yet know Jesus Christ, please open your heart and receive Him as your Lord and Savior.  With childlike faith, confess your sins, and allow Him to reign over your life.  The world may have overlooked your name and labeled you according to your culture ~ alcoholic, drug addict, prostitute, liar, or much more.  People may have even rejected you because of your mistakes, but I am encouraging you to know that you are worthy of a divine intervention! 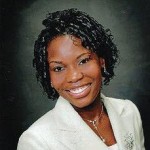 About the author:
Vicky is a native of Philadelphia, Pennsylvania.  After graduating from the Philadelphia High School for Girls, she moved to Pittsburgh, Pennsylvania to attend the University of Pittsburgh.  It was there that she received a Bachelor of Science Degree in Information Science.  She accepted Jesus Christ as Lord and Savior on June 13, 2004 and received the precious gift of the Holy Ghost the following day.  It is her heartfelt desire to be a kingdom laborer and to do God’s perfect will.  Vicky has been recognized by Cambridge Who’s Who as an executive for influencing her organization and industry.  She is also a member of the National Association of Professional Women to represent her city and state.

On August 12, 2006, Vicky joined with Cleveland Lynch in holy matrimony.  They are the proud parents of Cleveland and Samuel Lynch.  Vicky is a published author of Leaping in the Womb, Original Prayers of the Bible, and Purpose, the Cycle and Stages of Your Life.  Her latest project features her two young children (ages five and seven), Words from a Childlike Heart, which is a three-series compilation of 35 poems.  They also released their CD single, We Have Clean Hands.

Placing her complete trust in the Lord, she stands firm on Philippians 4:13 I can do all things through Christ which strengtheneth me.

← Our Faith, His Faithfulness ~ Intro
The Edge of My Mountaintop →