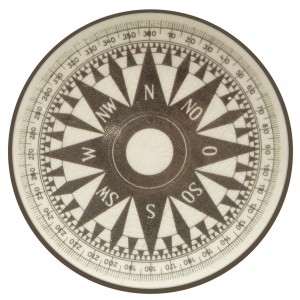 Someone who is very close to me recently had a rough day. It was kind of ironic because the night before we had talked on the phone about how well things were going. Doesn’t it usually happen like that? We’re having a great day, everything’s going our way and then…. WHAMMO.  An event or a person crosses our path and we’re suddenly on the ground, wondering how we could get knocked down so quickly.

A few years ago, I threw on some clothes and jumped in my car to pick up lunch for Neil and the kids. It’s a short distance to the restaurant (like four minutes) and it’s a routine thing for us to call in orders and pick them up. But on that particular day, while I was turning onto the restaurant’s road, another car slammed into mine. I sat there, completely shocked, as I watched that car slide into a nearby ditch.

I didn’t have my cell phone, my driver’s license was expired, my camera wasn’t in the car, and I couldn’t find my proof of insurance in the glove compartment. I was not prepared for that accident in any of the ways I should have been. It makes things a little more complicated when you have to borrow a phone to call for help, to ask another person to bring the documentation the police officer is looking for, and you don’t have a way to record the scene for future reference (which would’ve been helpful when this case ended up in the hands of lawyers!).

But it taught me to be prepared from now on ~ even in the shock of the moment, if you have what you need with you, you’ll be able to cope.

This all reminds me of how important it is for us to have on our God-given armor at all times. The Roman soldiers, back in the day when Paul was writing about this armor, were part of a huge, restless empire. They had to be ready for battle. In an instant, they could be called to service… and in the heat of the moment, they wouldn’t have time to run home for their defensive wardrobe or to make sure it was in working order or to sharpen their sword. They had to have it all right there and ready to go, anytime day or night. And so do we.

You just never know what’s going to come your way. It would be nice to be able to know ahead of time if you’re in danger of an accident or an argument or an illness… but life just doesn’t work like that. And, in the service of our King, we do have an enemy. 1 Peter 5:8 tells us to be sober, be vigilant; because your adversary the devil, as a roaring lion, walketh about, seeking whom he may devour. There is no doubt that Satan wants to stop you from living in faith and doing the work of God. He does not want you to be obedient to God’s Word by going out into the world in His name, helping those who are heartbroken and in need. The last words of Jesus that Matthew recorded in Matthew 28:19-20 command us to do just that…Go ye therefore, and teach all nations, baptizing them in the name of the Father, and of the Son, and of the Holy Ghost: teaching them to observe all things whatsoever I have commanded you… Satan does not want us to be successful in this mission.

It should be our priority to make sure that we are ready for anything that may come our way ~ so that if we do face a hardship, a heartbreak, or when the enemy tries to get in our way, we are already equipped to deal with those things.

Paul wrote this in the sixth chapter of Ephesians, verses 10-18: Finally, my brethren, be strong in the Lord, and in the power of His might. Put on the whole armor of God, that you may be able to stand against the wiles of the devil. For we wrestle not against flesh and blood, but against principalities, against powers, against the rulers of the darkness of this world, against spiritual wickedness in high places. Wherefore take unto you the whole armor of God, that you may be able to withstand in the evil day, and having done all, to stand. Stand therefore, having your loins girt about with truth, and having on the breastplate of righteousness; and your feet shod with the preparation of the gospel of peace; above all, taking the shield of faith, wherewith you shall be able to quench all the fiery darts of the wicked. And take the helmet of salvation, and the sword of the Spirit, which is the word of God: praying always with all prayer and supplication in the Spirit, and watching thereunto with all perseverance and supplication for all saints.

Now I know that’s a lot to take in… and, in the coming weeks, we’re going to break it all down to see what it means to us. For today, I want you to take this in: don’t put off your relationship with God. No matter how busy you are, no matter what you have going on ~ make time to talk to Him. Make time to read His word. Make time to know Him.

Don’t wait until you’re in the middle of a struggle to try to build your faith… if your faith is on a firm foundation already, you’ll be able to do exactly what Paul says ~ to withstand whatever evil the day throws at you.  No matter how badly things go, you’ll have the hope of His words in your heart… you’ll have the truth of His love to surround you and the strength of His power to sustain you.

← Another Place… Still
Who Trusts in the Lord ~ Part I →