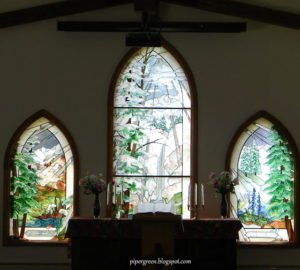 Isaiah prophesies Jesus’ birth, but also foretells His Incarnation:
Therefore the Lord Himself will give you a sign: Behold, a virgin will be with child and bear a son, and she will call His name Immanuel. (Is. 7:14)  Matthew quotes this prophecy in his gospel in 1:23 to recognize Jesus as the One Isaiah spoke of dwelling with His people.  Isaiah prophesied Jesus’ birth and His name, and each name describes His attributes:

For a child will be born to us, a son will be given to us;
And the government will rest on His shoulders;
And His name will be called Wonderful Counselor, Mighty God,
Eternal Father, Prince of Peace.
There will be no end to the increase of His government or of peace,
On the throne of David and over his kingdom,
To establish it and to uphold it with justice and righteousness
From then on and forevermore.
The zeal of the Lord of hosts will accomplish this.
(Is. 9:6-7)

Again, this is fulfilled in Matthew that Jesus is the long-awaited King, the rightful heir to David’s throne, the Ruler of God’s people.1

Isaiah also prophesied about the suffering and death of Christ, the Man of Sorrows in Isaiah 53:

Who has believed our report?
And to whom has the arm of the Lord been revealed?
For He shall grow up before Him as a tender plant,
And as a root out of dry ground.
He has no form or comeliness;
And when we see Him,
There is no beauty that we should desire Him.
He is despised and rejected by men,
A Man of sorrows and acquainted with grief.
And we hid, as it were, our faces from Him;
He was despised, and we did not esteem Him.

Surely He has borne our griefs
And carried our sorrows;
Yet we esteemed Him stricken,

Smitten by God, and afflicted.
But He was wounded for our transgressions,
He was bruised for our iniquities;
The chastisement for our peace was upon Him,
And by His stripes we are healed.
All we like sheep have gone astray;
We have turned, every one, to his own way;
And the Lord has laid on Him the iniquity of us all.

We reflect on Jesus, who walked up Crucible Hill, the Man of Sorrows, the Suffering Servant, who died on our behalf.  He carries those things that hurt, the pain we suffer ~
He bore it all.  He took upon Himself our sickness, our stress, our heartbreak ~ our sin.

The prophet Micah also prophesied the Incarnation.  He warns Bethlehem of their coming deliverer and speaks of His pre-incarnational existence:

But as for you, Bethlehem Ephrathah,
too little to be among the clans of Judah,
From you One will go forth for Me to be ruler in Israel.
His goings forth are from long ago,
from the days of eternity.
(Mic. 5:2 NASB bold emphasis added)

This is the strongest possible language concerning His pre-existence, “The plain antithesis… shows that the eternal generation of the Son is meant.  The terms convey the strongest assertion of infinite duration of which the Hebrew language is capable.”2  The prophets, through God’s Spirit, saw the coming of the Messiah. Matthew calls upon this prophetic verse to proclaim that Jesus is the fulfillment of this Messiah who existed with and came from the Father. (Matt. 2:6)

Throughout the history of mankind, God has used numerous methods and mediums to communicate with His creation and to give them His message.  The prophets gave us God’s words.  But Jesus is the very Word of God.  The book of Hebrews tells us that God, after He spoke long ago to the fathers in the prophets in many portions and in many ways, in these last days has spoken to us in His Son, whom He appointed heir of all things, through whom also He made the world. (Hebbrews 1: 1-2)  This is just one more claim by Scripture to the deity of Jesus Christ.

I pray that you meditate on His Word.  Christ left the glory He shared with the Father, to suffer and die so that you are no longer captive to the power of sin.  Meditate on what He sacrificed for and how much He loves you.  His love is eternal.

← The Field You Tend
Go Out With Joy →