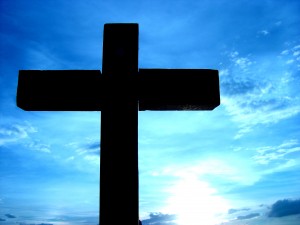 It has now been a a little over a year since I put myself in lockdown.  I have found that the “Groundhog Day” effect of repeating the same actions day after day without any distractions like friends or family or even errands has had the result of numbing both my emotions and my brain.  I find I am spending a lot of my leisure time on YouTube watching videos of babies, kittens and puppies because they make me smile, and I actually feel something positive.

The other day I saw something about  the Shroud of Turin.  Now, I must admit, I am usually a little skeptical about religious relics  from past times.  I am highly suspicious of  little bits of “bones of the saints”, or “nails from the true cross” which are, in genuine devotion, revered by some.  So much of religious culture seems to me to be wrapped in superstition rather than fact.  Even today, there are those who tell us to repeat some kind of prayerful mantra so many times in order to get what we want, or perform other kinds of rituals to coax God to give us our desires.  That is why I am so grateful for the scripture: by diligent study we can protect ourselves from deception and keep us more or less on track.

However, in spite of my usual skepticism, there is something about the Shroud that makes me want to believe.  The images which have been developed from the cloth which possibly show the face of Christ move me deeply.  Seeing the blood stains on the linen shroud, and the inescapable reminders of  the suffering endured by the person who was wrapped in that shroud, bring home the reality of Christ’s death and the the glorious moment of His resurrection… whether or not the shroud is actually that of Christ.  Watching the video I felt something profound.  I was so relieved to realize that there was something which could  reawaken my sense of connection to life.  I was experiencing Jesus, and all that He means.

The stains were of real blood ~ evidence of real suffering.  The shroud evidence of real death.  Sometimes I think we forget that Jesus was a real person.  We surround ourselves with a whole culture of religion ~ we study the Bible, and sing songs about our faith, and go thorough rituals and sit in meetings and pray more or less familiar prayers… but somehow the flesh and blood, emotions and basic humanity of the One Whom we worship may get lost in the routine.  As we approach Good Friday and Easter again this year, I find I am longing to be able to touch the Lord; to recognize Him as a human like me; One who experienced the same challenges of mind and heart and spirit as I, and Who was able to overcome them all, without sin.

If you think about it, He must have experienced a great deal of loneliness.  He was such an unusual child; I am sure His mother and Joseph, devoted but humble people, didn’t understand how He was able to stand in the synagogue and teach at such a young age.  They would have been puzzled by Him, and I suspect He would not have been thought of as just a “regular kid” by the other children in the village.  He thought differently from most people.  He always did the right thing, and this would have antagonized those whose lives were less circumspect.  When we less than perfect people see someone who demonstrates perfection in something, isn’t there often a twinge of envy or even resentment along with our admiration?  Perfection reminds us of our own failures and shortcomings, and we don’t like it.  Yet, even so there was something about Him that drew people to Him, and they wanted to know more.

As an adult, His unique charisma reached the hearts and minds of many and they began to follow Him.  Those who were open to objective self-examination were startled by the ideas and emotions which His teaching opened up in them.  He pulled no punches, and touched on everything about us, from hidden sins to our best aspirations and everything in between.  He knew the heart of man. He taught us God’s view of man, and called on us all to repent of our sins, and encouraged us to follow Him.  Even though He was seen as a teacher, underneath that role was a real human being Who loved His friends, Who needed alone time occasionally, Who wept in compassion over Jerusalem’s refusal to understand Who He was.

When He came to the end of His ministry, He knew exactly what was ahead of Him, but accepted it all for our sake.  He didn’t float above the scene; He went through it all.  He saw His disciples fall asleep when He had asked them to watch with Him as He prayed. His prayers were so intense that He sweat, as it were, great drops of blood.  Where we cringe at a paper cut, He endured the lash again and again.  His body was a human body, and He felt the excruciating pain when the barbs at the end of the lash shredded His flesh; He bled real blood. His devastated body stumbled under the weight of the cross, and would have felt relief when Simon helped Him carry it.  He felt the nails driven into His hands and feet; tasted the bitterness of the sour wine, His tongue cleaving to the roof of His mouth in terrible thirst.  Finally, when it was all done He bowed His head and volunteered up His spirit into the hands of His Father.  All of this: every agonizing blow, every humiliation, was in order for us to be forgiven of our sins and spend eternity in heaven.  It grieves my spirit to know all this was for me. I know I don’t deserve it.

I want to be close to Him.  I want to let Him know that I love Him; that I am humbled by His love for me; that I don’t understand it, but I am grateful.  Grateful ~ that word is so inadequate to describe what I feel when I realize that Jesus, fully human and fully divine, sacrificed Himself for me.

The resurrection must have been such a relief for those followers who knew Him in the flesh.  Were they expecting it?  Had they understood Him as He tried to tell Him that He was going away but would return?  I am so glad we have the scriptures to tell us what happened and to study as a guide to knowing the full extent of why He came.  We are to repent and let ourselves be spiritually cleansed from our sins so that we may be with God forever in the heaven He has prepared for us.  We are to walk in the light, demonstrate His love, share the Good News that God loves us with those around us and that He has made a way for us to have eternal life in His presence.  These aren’t just words.  It isn’t a philosophical position, or a culture of church-going and doing good deeds.  It is a real, actual, live relationship with a real Person.  In this lockdown situation, He is one with Whom I can still speak; someone from Whom I can still learn; find comfort; find peace.

The resurrection means that one day I will be able to see His face in reality.  It makes this life, full of highs and lows, all the failures and sorrows, worth it, because I was called by Him to be His servant.  What grace.  What love.

Happy Resurrection Day, sisters!  If we never meet here, we will all meet one day in heaven, and “We shall see His lovely face, some bright golden morning!”.

← Stressing Out
The Iniquity Of Us All →