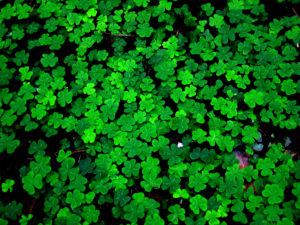 Patrick went to France to study for entering the ministry.  In a dream, he felt he heard voices from Ireland calling him to return and he took that as his call to Ireland ~ the place of his slavery ~ as a missionary.  It is at this point that some of the confusion about Patrick occurs ~ he is often mistaken for Palladius, the first bishop of Ireland sent there by Pope Constantine in 431.  Patrick was sent as the second bishop; so he also did not bring Christianity to Ireland.  He did travel to the far parts of Ireland, to people who had never heard the gospel before and had the privilege of baptizing thousands into belief in Christ.  This was not easy and he was often imprisoned by local chiefs, and also came to have some trouble with jealous colleagues. 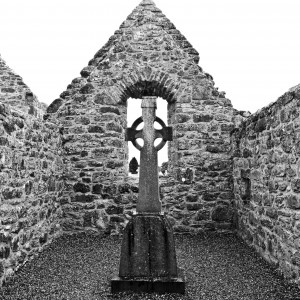 Our hearts are with
and our prayers are
for those who are mourning
in Oxford, Michigan…

“[God’s Supreme Revelation] God, who at various times and in various ways spoke in time past to the fathers by the prophets, has in these last days spoken to us by His Son, whom He has appointed heir of all things, through whom also He made the worlds;” — Hebrews 1:1-2

You are my hiding place;
You keep me from trouble;
You surround me
with songs of deliverance.
Selah

I will instruct you
and teach you
in the way you should go;
I will counsel you
with my loving eye on you.

Do not be like the horse
or the mule,
which have no understanding
but must be controlled
by bit and bridle
or they will not come to you.
Many are the woes of the wicked,
but the Lord’s unfailing love
surrounds the one
who trusts in Him.
Be glad in the Lord and rejoice,
you righteous ones;
And shout for joy,
all you who are upright in heart.
~ Psalm 32:7-11