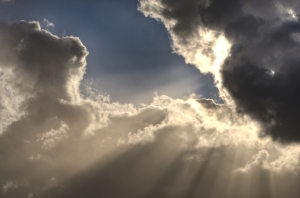 The Incarnation: Necessary For Salvation
Why did Christ come to earth?  Why would He leave the glory of heaven to live in human skin and suffer the things this world has to offer?

The Incarnation is essential to God’s plan of redemption.  Salvation comes by believing in Him as Lord and Savior and accepting the sacrifice He made for mankind.  Packer writes, “Take the atonement, how can we believe that the death of Jesus of Nazareth ~ one man, expiring on a Roman gibbet ~ put away the world’s sins?  How can that death have any bearing on God’s forgiveness of our sins today?”1  The writer of Hebrews answers Packer’s query, “Therefore, He had to be made like His brethren in all things, so that He might become a merciful and faithful high priest in things pertaining to God, to make propitiation for the sins of the people.” (Hebrew 2:17 NASB)

He came and died as a sacrifice for sin.  We are incapable of making the sacrifice for ourselves.  It is only by the sacrifice made by Christ, that we can be forgiven and reconciled to God.  If Jesus were a mere human being, He would in the end amount to nothing more than a great religious teacher or spiritual guide.  However, in the Incarnation, God bears the brunt of suffering and evil by subjecting Himself to the cruelty and horror of the world.2

Mankind was made in the glorious image of God:

Then God said, “Let Us make mankind in Our image, according to Our likeness; and let them rule over the fish of the sea and over the birds of the sky and over the livestock and over all the earth, and over every crawling thing that crawls on the earth.”

The Potter molding His clay; the divine Creator creating.  He separates mankind from the rest of creation to be made in His holy image: “The image of God in Genesis 1 functions as a calling for humankind: to use all their capacities, those they share with the other animals and especially those that set them apart, in establishing a community that exercises dominion over God’s world, a dominion that reflects God’s faithfulness, wisdom, benevolence, and creativity.”3

Satan came to the garden and broke the earthen vessels and tempted them to sin by choosing to believe his lies.  They fell, damaging the beautiful image that God bestowed on them.  This was too big for them to repair; they had dug a hole too big to climb out themselves.  God had to cast them from His presence.  He longed to restore mankind to Himself so they could once again be in His presence.

“What was God to do?  What else could He possibly do, being God, but renew His Image in mankind, so that through it men might once more come to know Him?  And how could this be done save by the coming of the very Image Himself, our Saviour Jesus Christ?  Men could not have done it, for they are only made after the Image; nor could angels have done it, for they are not the image of God.  The Word of God came in His own Person, because it was He alone, the Image of the Father, Who could recreate man made after the Image… He assumed a human body in order that in it death might once for all be destroyed, and that men might be renewed according to the Image.  The Image of the Father only was sufficient for this need.”4

That is His purpose ~ that we may know Him.  That we have a personal relationship with Him.  That He be our everything.  He loves us that much.

← Without Hypocrisy
Consider One Another →