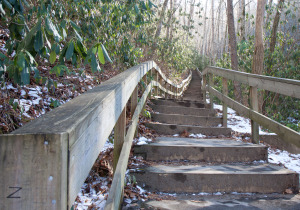 For several years now, God has been working on my attitude toward my sisters and brothers in Christ.  I see immaturity in those who’ve been believers for decades.  I hear bickering between husbands and wives who should be cherishing each other.  Like an impatient parent I wonder, when will they ever grow up?

But God keeps bringing me back to the truth that they are His children, He loves them dearly, and He wants me to love them too.  Flaws and all.

At about the same time that these lessons began, my country plunged into a period of political division unlike anything I’d ever seen before.  With the division came unsubstantiated political rumors on both sides of the aisle.  And Christians who supported them.

Today, I struggle with the realization that believers are spreading ideas and accusations that are not clearly backed up by facts.  I’m tempted to condemn and criticize them (if only in my thoughts).  But the Lord continues to remind me: These are My royal sons and daughters.  I loved them enough to die for them.  By My Spirit, who lives in you, you can love them, too.  Building unity within My body is one of the most important tasks that you can be working on right now.

How do I do that?  My natural tendency is to be quiet or evasive during discussions involving anything controversial.  Can’t cause division if I don’t take sides.  But then Pete, a younger Christian friend who’s usually thoughtful and discerning, surprised me by mentioning a questionable rumor in a positive light.

I was thrown off guard.  I didn’t say much.  It took me a week to work up the courage, but I finally asked him what evidence he based his opinion on.  He responded.  I remained skeptical.  It sounded more like hearsay than solid facts.  But we had a good talk.  We agreed to disagree, as loving brothers and sisters do, without raising our voices or criticizing each other.

Next came his confession, “I get so frustrated with the political system and the corruption on both sides.  Sometimes I feel bitter about the ways that our democracy is being undermined by those in power.”  My immediate thought was to encourage him to resist the bitterness, but somehow the conversation took another turn and the words never came.

Philippians 4:11 popped into my mind: I have learned to be content whatever the circumstances.  The opposite of bitterness is contentment. Godliness with contentment is great gain. ~ 1 Timothy 6:6.  Two verses later in the Philippians passage, Paul makes his famous declaration ~ I can do everything through Him who gives me strength.

His need for strength is referring to learning to be content, not to accomplishing great works, as most American Christians tend to apply this promise.  Even Paul found contentment difficult.  Even this great apostle needed the strength of Christ (which is pretty powerful stuff) before he could triumph over his impatience with a world that didn’t live up to his hopes and expectations.

That’s such a comfort when discontentment weighs me down.  This passage assures me that I’m not alone in taking on that burden, and that He has the power to lift it from my shoulders.

Paul had gone through a great deal of suffering for Christ by the time he wrote this letter.  It would have been normal and natural and human for him to experience periods of anger and bitterness.

But because he had learned contentment, he could address the Philippians with a heart full of thankfulness and joy ~ even while living in chains as a prisoner for the sake of the gospel.  His contentment wasn’t a grudging acceptance of his circumstances.  It wasn’t a denial of his lack of freedom, his loneliness, his pain.  Instead, it was a source of strength to face those realities with joy and gratitude.

I have an advantage over Pete when it comes to avoiding bitterness.  I wasn’t raised in the church.  I grew up in a world of financial uncertainty and hopelessness and cynicism.  Witnessing the effects of child abuse and broken families among my classmates.  Watching them turn to sex, drugs, and alcohol for relief before we’d even graduated from the eighth grade.

As a freshman in high school, accepting the free gift of salvation brought me out of that polluted emotional environment and into the fresh air of God’s love and joy and peace and hope.  I have no desire to return to the bitterness that surrounded me in my youth.

In contrast, many Christians who are raised in the church enter their teen or adult years with an unbiblical view of how easy life will be.  They’ve been raised on: “I can do everything through him who gives me strength.”, “If God is for us, who can be against us?” (Romans 8:31), “’For I know the plans I have for you,’ declares the Lord, ‘plans to prosper you and not to harm you, plans to give you hope and a future.’” ~ Jeremiah 29:11.

These young believers can be blindsided by the uglier realities when the hard times hit.  They can feel like they’ve been lied to all their lives.  The world isn’t working the way it’s supposed to.  It becomes natural to give in to bitterness and cynicism.  Many turn from God in disappointment.

Pete is an example of the dangers of growing up in a Christian home where parents and teachers freely share stories of God’s love and protection and provision (as they should) while downplaying the difficulty of working through the pain and suffering that afflict us all.*

Just because I’m not bitter doesn’t mean that I’m content, though.  I’ve sometimes struggled to understand what biblical contentment actually looks like.  Am I supposed to sit back quietly and passively accept everything that happens to me and around me?  While I’ve met some Christians who support that philosophy, it has obvious flaws.  If I assume I should be content with absolutely everything exactly as it is, I won’t seek medical treatment and I won’t pray for healing for myself or others.  I won’t pray for anything at all.

And I won’t do anything to make this world a better place.  But Micah declares, “He has showed you, O man, what is good.  And what does the Lord require of you?  To act justly and to love mercy and to walk humbly with your God.” ~ Micah 6:8. Sounds like I should never be content with unjust or merciless behavior.

This whole idea of Christian contentment feels more complicated than most evangelicals are willing to admit.  Even though the Bible gives many examples of God’s healing in response to prayer, Jesus denied Paul’s request to remove the thorn in his flesh. (2 Corinthians 12:7-10)  Sometimes the answer to a prayer that springs from discontent is yes, I will change that which is bothering you; sometimes it’s no, you need to accept your circumstances.

And while we’re all expected to act with justice and mercy in our own lives, not all of us are called to be politically active. Sometimes we’re called to use our discontent to change the world; sometimes we’re expected to be content with our inability to make big changes.  I need to discern God’s leading in my own situation rather than seeking a blanket definition of contentment.

Is it okay to grumble and complain about the injustices on this planet if I can’t do anything about them?  Many Christians would say no.  But sometimes other people (like Pete) need to know that I hear them and share their fears and concerns.  I need to listen with sympathy and understanding, but somehow avoid encouraging bitterness.  I need to engage in honest conversation, but steer clear of supporting rumors.  I need to lean on the Holy Spirit’s guidance as I carefully choose my words.

I’ve been a Christian for so long, it seems like it should be easier by now.  How is it that I can feel so disoriented, so confused, so uncertain about how to respond to the challenges that I face today?  This isn’t the life that I’d expected to be living at this point.  The world around me has changed in ways that I’d never anticipated.

And yet, have things really changed all that much?  What am I learning through this trial?  Love my brothers and sisters in Christ as God loves them.  Work for unity within the church.  Listen sympathetically.  Speak truthfully, but temper it with gentleness.  Don’t encourage gossip.  Seek biblical contentment.  Follow the leading of the Holy Spirit.

Sounds like the basic lessons of how to live a Christian life haven’t changed at all over the years.  Maybe I just have more opportunities to apply them now.

*Seeing the problem and knowing the answer are two very different things.  I’m not sure how Christian parents can best handle this issue, but I’ve tried to address it in my blog posts, Disillusioned Youth and Good Sports.

Ann O’Malley is the pseudonym of a new author seeking a publisher for her memoir of suicidal depression.  Her pen name comes from “anomaly,” that feeling of being different, of not really belonging, which plagues so many of those who suffer from depression.  For more of her writing, check out her blog, “Those Who Weep: Not-Quite-Evangelically-Correct Thoughts on Suffering,” at https://thosewhoweep.blogspot.com.

← Full of the Goodness of the Lord
Psalms To See Me Through: Psalm 29 The Lord Sits Enthroned Over The Flood →