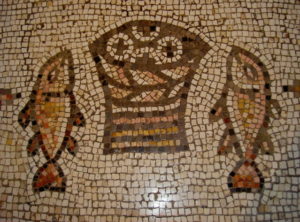 There are times when you feel crippled by the weight of brokenness in this world.  For our family and staff here in Haiti, feeling crippled is a smidge of what we are dealing with emotionally, mentally, spiritually, and physically.

Haiti is in CRISIS.  It’s been in crisis for some time, but this is another degree, another level all together.  The country is still locked down.  Has it been seven or eight weeks now?  It’s hard to remember because it’s like Groundhog’s Day down here, the same thing over and over and over again.  When will it end?  Only God knows.
I find both comfort and frustration in that.

The people are weary, they are hungry, they are dying, they are hiding out and they are waiting for a change.  Some of them are marching and begging for that change.  Sadly, some are taking advantage of the weakness and fulfilling their own selfish desires.  What you see on TV & social media (which I am sure is minimal) doesn’t scratch the surface of what is happening here in Haiti.  The devastation that has taken root and overgrown across the land is leaving an impact that will be hard to overcome for quite some time.

We have seen with our own eyes increased hunger, death, violence and misery among the people we serve.  It takes a toll in every way imaginable.  We are clinging to worship, prayer and praise because, for us, there is no other way.
This past week our own family has suffered heartbreak, tragedy, and moments of unspeakable trauma.  And yet, we know it pales in comparison to what is happening across this island we have grown to so deeply love.  We cannot discount our own suffering because it doesn’t meet the level of others, so we find ourselves talking through it, praying through it and asking God to give us grace and courage to keep on fighting for His people, even if fighting doesn’t look anything like we thought it would when we arrived.

I’m not going to lie, there have been times I have wanted to throw in the towel.  Times that grief and fear have tried to swallow up the hope I have when my eyes are fixed where they should and need to be.  Watching your husband’s ache brim over and hearing his cries will humble you, anger you, and motivate you to your knees.  Knowing that the suffering is increasing each passing day can be too much to bear and can overtake you if you aren’t careful.  This morning I woke up with “Five Loaves & Two Fish” on my mind.  It’s easy to look at the issues that surround you and to feel swallowed up by them.  It would only be natural to instead of seeing the victory, to focus on the victimization and great need that is prevalent.

But God.
When Jesus crossed the Sea of Galilee after changing water into wine, healing the sick, speaking life over the Samaritan woman, breaking Sabbath to heal some more, preaching salvation with a side of more signs and wonders, the people had been watching AND following Him.  He made His way to a mountain top with His boys where they sat and talked.  As Jesus saw the crowd approaching He ALREADY HAD A PLAN, but asked Phillip how they would feed all of these people.  Phillip told Him that it would take eight months of wages to give everyone even just one bite.  Andrew spoke up and said that there was a boy with five small barley loaves and two small fish.  He asked how long it would last, how far it would stretch.  They were focused on the size of the crowd, Jesus was not.  Jesus told the boys to tell the people to sit down.  There were around 5,000 of them.  Overwhelming much?  He took the bread and fish and they fed every person as much as they wanted.  When the people were done eating He told the disciples to gather up the LEFTOVERS.  There were twelve baskets full.  After this, Jesus went back to the mountain ALONE.
You see, Jesus KNEW what He had.  He knew His power.  He knew that He was the source of meeting EVERY need in that crowd.  The boys?  They saw the masses not the Master, the problem, not the solver. Once again, Jesus made the impossible possible, by HIS power and what HE had in front of Him.  Five loaves & two fish.  After Jesus met the need He went to be alone.  The boys went about their business and soon would find themselves out on the water and in need of Jesus once again.  Jesus, of course, appeared and rescued them.  Again.  He was waiting in the wings, ready to meet their needs.  He is always available, even when we can’t see Him clearly.
There are certainly times (especially ones like these) that I totally forget that He is RIGHT there waiting and that He is absolutely ABLE. There are also times that I seem to forget that HE has given ME what is at HIS disposal.  RESURRECTION POWER and the ability to look at WHAT I have, doing with it what I can (by HIS strength), trusting that the increase, the need, will be MET BY HIM.  It’s not on me.  All I need to do is be faithful.  So, how does that flesh out when we are locked behind walls and unable to do what we came here to do?  We are actively seeking Him to reveal that to us.  For now, we use the greatest weapon we have in this battle… PRAYER.
Would you join us in praying that God would be ridiculously clear to us how He wants us to act, move, rest, speak and do in this unsettling season here in Haiti?  We covet your prayers.
Jesus, reveal to us what our five loaves and two fish are and give us the grace to use them to multiply the work of Your hands, by Your power and might alone.  Unleash peace on our hearts, endurance in our souls, faith to do Your will and not our own, and a sober mind that never forgets that the greatest tool we have to be over-comers is YOU.
Heal this land, heal our aching hearts. 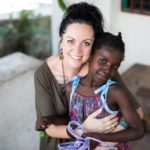 Sami Rigelsky is co-founder, along with her husband Joe Rigelsky,
of Upstream International.
Sami is a fierce mama bear who fights for the needs of children and families across the globe. She is passionate about being a voice for the voiceless and bringing hope to the hopeless. Sami loves supporting Joe in any capacity he & Upstream needs, while pursuing her personal dreams and goals for family, life, and ministry.