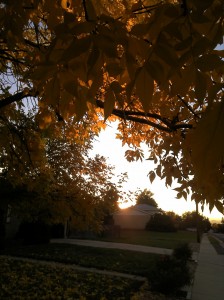 On that day shall the priest make an atonement for you, to cleanse you, that ye may be clean from all your sins before the Lord. ~ Leviticus 16:30
So Christ also having been once offered to bear the sins of many shall appear a second time, apart from sin, to them that wait for Him unto salvation.
~ Hebrews 9:28

I love the Jewish feasts; Jesus celebrated the feasts, and each one is a beautiful illustration of the person and work of Jesus Christ.  The feasts are not just Jewish holidays; Leviticus refers to them as God’s appointed days.

For Christians, Jesus fulfilled the feasts for us.  Now our eyes are fixed on the atonement of Christ.  But it does not end there.  Every event in Jesus’ life, beginning with His birth, through His ministry, and with His death and resurrection ~ all occurred on a festival of Israel, God’s appointed time ~ a kairos interrupting the chronos of a fallen and broken world.  Many scholars argue that events yet to be fulfilled will occur on a kairos ~ God’s appointed feasts of Israel.

On this Day of Atonement, the high priest was required to first sacrifice an offering for himself and his family, then he could bring an offering on behalf of the people.  First, it was a day of humiliation for the priest.  He was required to put off all his priestly garments of glory.  A shadow of Jesus, the King of Glory, leaving glory ~ from the foundation of the world ~ to redeem the world.  Jesus’ humiliation on that day cries to us still through His Passion in the Scriptures.

On the Day of Atonement, two goats were brought; their fate decided by the priest’s lots.  The Lord’s lot would determine which goat would die for the sin of the nation.  The other ~ the scapegoat.  Aaron the high priest would lay his hand upon the scapegoat and send it into exile in the wilderness or Azazel; the people’s sin is lost in the wilderness ~ to be remembered no longer.  The act of slaughtering the goat laid the judgment of death upon it ~ represented the people’s sin.

The casting of the lots to determine the scapegoat is displayed on the world’s stage between two men: Jesus and Barabbas.  Their fate lies in the judgment of the people ~ who will die and who will escape… the scapegoat.  The people’s voice was heard that day in Pilate’s court ~ choosing a brutal murderer to escape forever ~ laying the sin of the people on Jesus.  Jesus would be the sacrifice the Lord’s lot fell upon that day ~ fulfilling the atonement offering.

Nor do you understand that it is better for you that one man should die for the people, not that the whole nation should perish. ~ John 11:50

This beautiful prose is part of the liturgy for Yom Kippur, a precious prayer of repentance:

The story of Jonah is recited on this night of atonement, revealing the God of second chances.  Jesus fulfilled the sin offering for us, and absorbed God’s wrath.

I pray this inspires Christians to meditate on this Day of Atonement ~ of Christ and His sacrifice for us and instead of each one of us.

May God bless you ~ He is the God of second chances…

L’shanah Tova ~ may your name be inscribed in the Book of Life!