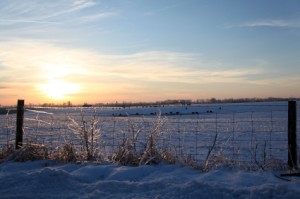 By Katie Heid
We’ve all either been the perpetrator of awkward comments or on the receiving end of them.  We blurt out trite condolences at funerals.  We offer a muddled, “It was God’s plan” to a friend who’s miscarried.  We burble and stammer when silence finds its way into an intense conversation because we’re afraid, angry, grieving, or panicked.

Among other things, Mark 9 highlights these are normal human reactions.  When Jesus takes Peter, James, and John up to the mountain, He shows them who He is: The Creator God.  The Alpha and Omega.  The Savior of the World.  Elijah and Moses come to flank Jesus’s side.  It’s an event that would cause anyone to blurt out stupid stuff in order to cope with the enormity of what’s happening.

That’s exactly what Peter does in verses 5-6: Peter said to Jesus, “Rabbi, it is good for us to be here. Let us put up three shelters ~ one for you, one for Moses and one for Elijah.”  (He did not know what to say, they were so frightened.)

Peter did not know what to say.  Sometimes we don’t know what to say either.  Perhaps we can provide grace in the devastating moments by not saying anything.  Hugging a friend while they pour out their soul is enough.  Showing up when others are busy is a healing balm.  Extending grace to a friend after our grief has passed is the example Christ set for us.  We can know their awkward comment is translation for, “I care; I just don’t know what to say right now.”

Sometimes we don’t know what to say because, like Peter, we are scared.  That’s okay.  God’s Spirit speaks to us in ways only our hearts understand.  That, coupled with a caring friend, is often all we need.  Extend some grace today, friends.

← You Arrogant Snowflake
Passing of the Baton of Truth →