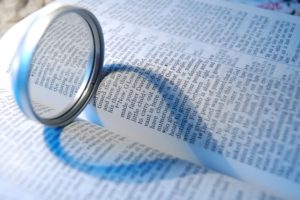 I was deeply touched by the fact that the Rev. Billy Graham was distinguished by lying in honor in the Capitol Rotund.  At a time when our country is paralyzed by the deep divisions in our opinions and when even the Church has been deeply fragmented, we as a nation have recognized and honored a believer whose faithful testimony broke down all kinds of walls.

Billy Graham was not a perfect man; he had to learn on the job in the same way most of us have to learn.  Yet he never closed his mind to the ongoing call of the Spirit and Word of God.  I am told he had come to the conclusion that superficial differences in theology were less important than developing unity between all true believers.  That understanding crossed the lines of denomination, culture, race and nationality.  He remained true to the bedrock of the Gospel, but tried to call us to a wider understanding of the implications of that Gospel.

I feel such sadness when I see how fragmented the Church has become, but it is not just in recent times.  Even in the “old days” there was shameful racial segregation among churches, and Catholics and Protestants deeply distrusted each other.  However, the majority of mainline Protestant churches at that time preached the same Gospel.  I was saved at a Good Friday service which had been organized by my own Presbyterian church and an independent fundamentalist church nearby.  The speaker was a Southern Baptist guest, and the music was by the combined choirs from our church and the Methodists around the corner.  It wasn’t considered to be a unique event.  It was just that many people couldn’t attend a service on Good Friday, so the churches combined in order not to waste resources and still provide an opportunity to worship for all their parishioners.  The fundamental message would have been the same in all our churches: On Good Friday we observe the day that Christ died as a sacrifice to pay the penalty for my sin, and God, through Christ’s death, opened the possibility for us to be reconciled to Him.  It was the purpose for which Jesus had been born: to bring us back to the Father through the shedding of His blood.  It was an unimaginable gift of grace from God, and a demonstration of the depth and character of His love for His creation.

If we are true Christians we have understood the gravity of this and surrendered our lives to believing God and accepting His Son as our Savior and Lord.  We will live together in eternity; here on earth we should be known for how much we love Him and how much we love one another.  How it must grieve the Father when the family of God splinters itself apart on the basis of race or denomination or rule keeping or other factors which humanity has insinuated into the fabric of the faith life.  God so loved the world ~ all of it.  Christ’s sacrifice was meant for all who would believe, not just those who look, talk, and act like me.

No matter which church we attend, as Christians we should have a lot in common.  There is that gospel song: “I’m so glad I’m a part of the family of God…”.  We are a part of a family, and like other families we sometimes disagree, but ultimately love one another.  We are responsible to the same Father, and there is a bond between us which rises above all other issues.  I am not necessarily endorsing literal ecumenism here; our commitment to our separate ways to worship may be too strong for us to become a single organization.
I am just asking us to remember that we have Christ in common, and that, in spite of our differences, we are one spiritual Body, forever connected in love to one another through Christ.

There is a sense of that even now.  Over the years I have been amused at how Christians find one another.  There is a kind of secret language which we use: little buzzwords which we throw out to see if anyone responds.  There have been dozens of times over the years when I have connected with other believers because one of us had thrown out the net to see who jumped in.  What a joy when someone responds!  There is that spark of recognition; that relaxing of cautious verbal restraint because we know our new friend understands what we mean.  It just underlines the inner awareness that together we are a part of something bigger.

The only problem is that I don’t think we are inclusive enough.  We sometimes let old patterns stand in the way of fellowship with those whom we consider to be unlikely brethren.  When I was a teenager I had a Spanish teacher who was an obvious believer.  Her faith in God and in Christ were such a part of her that it escaped out into everyday conversations, and she recognized my new faith after I was saved.  We fellowshipped quietly, and I was so glad for her support and encouragement.  The thing was, she was a devout Catholic and I was a Protestant.  That didn’t prevent us from celebrating our mutual love of God and our desire to live our lives serving Him.  Looking back, I am so glad that neither of us believed that we had nothing to celebrate together just because there were significant differences in our liturgies and some of our theology.

When I was younger I might have had questions about a commonality between different kinds of faith, but as I have grown older I have come to believe that God’s capacity to love and save those who love Him might have broader parameters than I have been led to believe.  The criteria for belonging to the family of God is based on the One in Whom we believe, not the labels under which we put ourselves.  If we believe that we are by nature sinners, and that Jesus is the Son of God sent by the Father to be a sacrifice for our sin through His death on the cross, and if we have chosen to be His followers ~ then we connect.  Much of the rest is largely irrelevant.  Ultimately, many of our deepest beliefs have no impact on whether or not we are truly born again .  Does it invalidate our salvation if we were dedicated toward faith as infants as opposed to being baptized as believing adults by immersion?  Does it change our status as born again believers if we decide that the Armenian theory is stronger than that of the Calvinists ~ or vice versa?  Not really ~ and that goes for lot of other things which we use to separate ourselves.  If we are truly His, then we are connected.  We need to focus on the things that unite us.  It is counter-productive to put so much emphasis on the things that ultimately won’t impact our love for the Lord or affect our testimony about the meaning of the Cross.

On the other hand, Jesus said , “Not everyone who says to me, ‘Lord, Lord’ shall enter the kingdom of heaven, but he who does the will of My Father.” (Matthew 7:21)  If we call ourselves Christian, we base our claim on the blood of Christ.  He said ,”I am the way, the truth and the life; no man comes to the Father but by me”. (John14:6)  We want to make sure our claim of Christianity is set on the true foundation.

Many believe that the Rapture will be soon, and, if so, that means the Church will finally all be together.  Paul tells us to comfort one another with these words.  Think of it!  All those believers, from every tongue and nation, from every background, will be gathered together in one place.  We will not be able to splinter off from one another then!  We will be united together in our worship of the Lamb Who was slain.  I doubt there will be many theological arguments; we will all finally know all the truth and see how far off the mark we have all been in our understanding.  Yet, I hope we will keep our own personalities and gifts.  We will love each other then.  Why can’t we love each other now?

Dr. Graham will be remembered not only for the incredible scope of his ministry, but for the fact that he broke down barriers.  He tore down literal ropes which would have segregated his audiences.  He spoke to millions of ordinary people, and he spoke to public figures such as royalty, the Pope, and other political and religious leaders around the world.  He never changed His message.  It was never about him; it was always about the Cross, and its significance for our lives now and for eternity.  His legacy will be a profound message of Unity: one hope, one faith, one Lord.  We all know that same message and we can let it unite us to present a solid front to an unbelieving world.

[Editor’s note: CWO is delighted to welcome back our dear friend and sister Barbara Greenhow!]

← Blessing and Provision (Not luck!)
Mantles of Change →