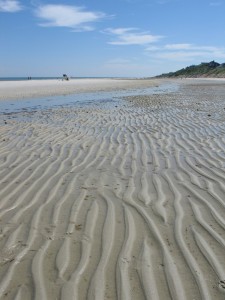 Several years ago I tried to write a kind of memoir of my life for my children.  I have lived through a lot of history in my life, and I wanted them to see these events through my eyes.  When I was born women had only had the vote for thirteen years.  The first tentative flight of the Wright brothers at Kitty Hawk was only thirty years before I was born.  From the Great Depression, through World War II, to the landing of men on the moon and everything since then ~ I have seen a great deal of change.  Sometimes adapting to it has been easy.  Sometimes, not so much.

I realized that certain historic events which happened even when my children were young and which were indelibly etched on my memory were just hazy half-memories for them.  Things I vividly remembered about their lives were not remembered by them at all.  Their real memories of me had begun at a point when well more than a third of my life was over (unless I live to be extremely old!).  I realized that they really had no idea who I was or had been before they came to the age of understanding, and when I had become simply “Mom”, with no dimension beyond that for them.  I wanted to let them know that I was more than Mom ~ I was a person who had her own journey.  I am presently in the process of editing this memoir to make it as accurate as I can.  The result of all this is that I have been in a major “looking back” mode.

This nostalgic kick has been deepened by recent contacts with friends from my teens and my early working life.  Memories were dredged up from several different times in my life.  As I remembered I was struck by a beautiful consistency.  At every time of my life I can see the gracious hand of God in blessing.

I have not always seen certain events as blessings.  My early life was not easy.  For many reasons I grew up feeling isolated and solitary.  I remember thinking that my parents had named me well: Barbara is derived from the same linguistic root as barbarian, or stranger.  The outsider.  That is how I felt within my own family and to some extent, in my greater world.  Yet, God in His infinite grace provided me with a glimpse of His love at a very early age so that I always had Him as Someone to Whom I could go when I felt terribly alone.  Whenever I heard about Him being loving and caring, I knew from a strong resonance inside me that this was truth.  He was there, watching over me, and I believed He cared about me.  My pain, even as a small child, directed me toward Him, and in Him I found the comfort that eased my fears of being unloved.

As a teenager, although I was active in school and accepted by my classmates, I still felt alien because of my faith.  I didn’t go certain places or do certain things.  I didn’t condemn my peers for what they did, but I quietly stood my ground about my own limits; about not doing what I felt was unseemly for a Christian.  Strangely, this was accepted and even respected by them (those were different times).  Then God, in His grace, provided a whole community of other Christian young people whose company I enjoyed every summer, and I felt, for the first time, that I fully belonged.

He had pursued me all through my early teen years to the place where I had come to realize that not only was He a Comforter and Friend, but also a Savior Whose advocacy I needed.  He had used various events and people to bring me to this place, and even my own internal thoughts had driven me to seek Him, seeking me.  Not all these events and people were pleasant; but they had one unified function: to bring me to the place where I would surrender my heart and will to the Savior. Thank God!

There are too many incidents for me to chronicle here which demonstrate over and over again how He has been able to take every major crisis and bring good from it.  There were times when things happened to me and later to my husband and me and our family that seemed almost miraculous.  There also were hard times that drove me to Him, and times when He had to deal sternly with me.  He had to peel back the layers of my self-righteousness and stubbornness, my pride and my anger, and let me see how far away I had wandered from the ideals of humility and love and submission to His will.  Yet, no matter how much self-deception, no matter how resistant I had been to Him, there was always forgiveness after I had seen my willfulness and repented.  There was sometimes pain in the learning, but the end result was always blessing.

To the unbeliever, what I see as blessing may not be so clear.  For me, blessing is whatever takes me closer to Him; whatever brings me closer to becoming more in submission to His will.  Our God is a jealous God, in a sense.  He wants His creatures to love Him because He loves us.  In these times of moral anarchy and the almost overwhelming presence of those who worship other gods or no god at all, believers are seen as anachronistic, gullible and naïve.  Some even see us as “evil” because they have no real knowledge of what genuine Christians believe, and/or because some Christians have sadly been unworthy representatives of a loving God.  If we are hated, it is not always because of our association with Christ, but because of our less than Christian behavior.  He who has ears, let him hear.

Yet, for those of us who know Him, we can see His hand of mercy even in these confusing days.  We know from scripture that things are going to get worse before they get better.  We understand that the world will continue to spiral down toward the end times, and many believe we are in the beginning of the end times now.  We long for the coming again of the Savior to take us out of this world and to be with Him forever.  What appears to be discipline will end in glory.  Circumstances which seem to be unpleasant now will ultimately bring us blessing if we remain faithful.

I don’t necessarily understand all His ways, or the process ~ but it seems to be consistent.  I can’t speak for Him in His dealings with anyone else, but I know that in my own life trials and pain often seem to be a part of the process of growth.  Being brought to my knees in repentance and glad submission has consistently been a part of developing new understanding and a deeper love for Him.  Seeing His mercy, seeing His grace, always leads to a greater appreciation of all that I have in Christ ~ even though the path may have been hard.

Looking back through all these memories, over a life filled with both deep valleys and great high mountains, there have been many times when I have stubbornly refused to let go of my own will.  It has sometimes taken Him a long time to bring me to the place where I recognized my own sin and saw my willfulness with my own eyes.  I had often tried to insist that He give me what I wanted or bring circumstances to the conclusion that I thought was best.  I refused to see my arrogance.  I had to be brought to the place where I could say once again, “Not my will, but Thine, oh Lord… whatever you want of me, whatever the path, I trust You.”  Then, blessed peace and new strength to press on.  He is faithful; He is merciful; He brings order from chaos and strength to persevere.  He comforts my anxious heart and gives me renewed strength for the unknown paths ahead.

← Psalms To See Me Through Psalm 18: The Psalm Worth Repeating ~ Part II
Our Faith, His Faithfulness ~ Intro →