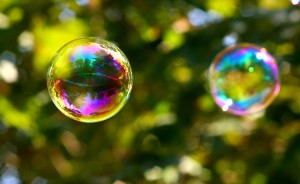 I must admit that what I have read and seen about the brutality and barbarism of ISIS repulses and shocks me.  They have lost any claim of humanity; they are brutish animals without conscience and without any hope of being able to justify their claim that what they are doing honors God.  This is not the first time in history where God’s name has been invoked in terrible acts of man’s inhumanity to man.  The deaths of the martyrs of the early church were justified by their murderers on the basis of threats to the prevailing religion of the times.  There were the Crusades, the horrors of the Reformation, the atrocities and shocking mass murders of the Holocaust by those who deluded themselves that they were Christian.  Modern man has not come very far in taming the basic wickedness of man.  We are now seeing a resurgence of anti-Semitism around the world; Islamic extremists are not having much difficulty recruiting bodies prepared to fight both Christians and Jews.

The frightening part of these reflections is that, for example, in Germany at the time of the Holocaust ordinary people were going about their daily business, everything as usual.  Children were playing, grandmothers knitting socks, mothers preparing meals and doing laundry. Presumably, they had little idea that these horrors were going on… but it was ordinary people who were doing them.  Each of those sadistic S.S. guards had been an innocent little child once; each of those who pulled the switch to allow the poison gas into the death chambers had probably played ball and loved ice-cream; those who participated in the unspeakable “medical” experimentation had probably nurtured pets and loved their mothers.  What could possibly happen to the soul of a human being to bring them to the place where they could allow themselves to do such things?  Of course, it is unchecked sin; unrepentant hearts who chose to live for themselves rather than submit to the will of God.  It proves to me that any of us is capable of anything if circumstances are right.  The difference is in whether or not we choose to be obedient to the expressed will of God.  This means we had better have a really good grip on what God expects.

I know that there are many, many churches where grace is practiced in a loving and compassionate way and the Word of God is studied sincerely and people are taught to trust and obey. These churches seldom make the headlines because their very humility keeps them more or less invisible.  May their numbers increase.

Unfortunately they are counter-balanced by a large highly-visible segment of the Church too shallow to be very effective against the subtle and powerful work of Satan in these times.  In these churches faith roots don’t seem to go very deep.  There is too much emphasis on “me” and not enough on Him.  Would a faith that is so self-oriented as to expect God to take away all our problems or make us all rich really be very effective in counteracting the deep abyss of wickedness that exists in this world?  Evil seems to be growing exponentially around us.  Yet, many of us sit in our air-conditioned ivory towers oblivious and caught up in our own safe little worlds.

Our response to sin is to rant and rave against it instead of addressing it at the root.  People need to understand God’s holiness, yes ~ but they also need to know that He loves them. Young teens who have become pregnant and who are vulnerable, confused and acting rebellious out of fear are ostracized, condemned and shamed.  Instead, they should have a loving arm put around them and told “I don’t condone what you have done, but God loves you and so do I.  Let’s work this through together.” Conflicted and sincerely seeking homosexuals are terrified to enter a church for fear of the consequences if they actually revealed who they are.  We turn our backs against those who are hurting and afraid instead of demonstrating compassion and a desire to help.  How dare we claim we are “loving our neighbor” or being signposts to God when many churches spew hate-filled rants against anyone they see as being “sinful” ~ this from the mouths of those who claim to understand that we are all sinners unworthy of the grace of God?  Did Christ ever refuse interaction with someone because they were “a sinner”?  Are we more righteous than He?

We live in dangerous times: dangerous not only because of terrorists and fanatics ~ but dangerous because the Church has grown too introverted and isolated from the real world.  Many in the Church live in a pretty pink bubble.  We don’t socialize with anyone but those who believe exactly as we do.  We shelter our children from “bad influences” to the extent that they have no clue what they are up against when they finally emerge out into the real world… if they ever do emerge.  We live a La-La Land existence ~ isolated from the real evils of life today.  There is pain out there.  There is sadness out there.  There is poverty and hunger and devastating problems like drugs and homelessness and violence.  These are among the things Christ came to address.  The powerful changes to us in gradually acquiring the fruit of the Spirit are God’s way of equipping us to deal with the world.  These changes are developed through experience with difficulty.  They are won through submission to the will of God at times of pain and suffering ~ not in an atmosphere of keeping it all upbeat and fake-smiley.  How does faith speak to evil if we are hiding behind our pretty church walls singing happy songs and expecting our pastors to keep the sermon short so we can get home for the ball game?

We need to go deeper.

Life has always been difficult for the majority of us inhabiting this world.  When Christ came, He brought hope.  He promised that no matter how difficult our road, we didn’t have to go through the pain alone.  He showed us the love of the Father for those who are weary and heavy laden; He brought us redemption and reconciliation with a Holy God, and the promise of eternal life for those who would receive Him.  He told us to be comforted and warmed in the mercy and love of God.  These are all messages which the world needs to know.

We need tougher faith.  We need the kind of faith that meets people where they are.  We need to apply the love of God to those in the world who are hurting and lonely and frightened.  It is completely possible, in His strength, to maintain our Christian faith and values while still actively caring about those who don’t know Him.  We are His only hands and feet here.  We need to bring not condescension but humility to our relationships with those in trouble.  Their problems could be my problems.  We need to stop implying that, instead of being the way they are, they need to be more like ME.  We need to look for ways to support and comfort them with the promise that God loves them even as they work their way through their specific problems ~ even if it is sin which we abhor.  Hate rants have no place in Christian churches.  Smug self-righteousness and condescension have no place in an honest communication of the love of God.

The world needs faith that works.  I am reminded of the old story where the man passes by the beggar who is freezing and starving and almost naked, and casually calls, “Be comforted ~ God loves you!” as he crosses the road and continues on his way.  What good are pretty phrases or the most erudite theology if they have no practical application in the lives of those who need God’s love the most?  We need to start showing God’s love first to those in our immediate families, then to our neighbors and extending out to those around the world who may never have heard that God loves them.  Faith needs to have teeth in it; we need to put up or shut up..

In our inter-personal relations, we need to be non-judgmental and sensitive to the pain of other people ~ willing to overlook our own discomfort and freely prepared to open our hearts to those who might not be within our normal frame of reference.  It is all practical Christianity 101, but it must come from hearts fully committed to Christ and to learning how to see people and things through His eyes, not through our own prejudices.  We can start by faithfully studying and submitting ourselves to the Word of God and letting the wisdom and grace of God suffuse our core thinking.

My prayer is that the Church will wake up and be called to repentance and humility.  We need to go back to the kind of powerful faith that had Martin Luther nailing his Ninety-Five Theses of Contention on the door of the Church of Wittenberg.  We need to have the humility of Brother Lawrence, practicing the Presence of God doing menial tasks in complete anonymity.  We need to have the mind and eyes of Christ, so that we can demonstrate a genuine faith, a working and effective faith, to the world in these difficult times.

← Certain Hope In Uncertain Days
Grace Enough For Our Worst Mistakes: Part 1 ~ A God of Grace →