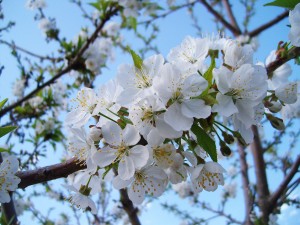 Their hearts are absolutely crushed.  Hope was fading for the life of their brother.  They had watched him suffer in sickness, praying he would soon get better while he only got worse.  And now it was too late.  Lazarus was dead.

Lazarus’ sisters Martha and Mary had sent word to Jesus about his sickness requesting His help.  Jesus had been a close friend; actually He was more like family.  Not only did He care about Lazarus deeply, but He had the power to heal him.  However, Jesus did not arrive in time.  In fact, Jesus arrived 4 days after Lazarus had been buried.

When Martha heard that Jesus was coming, she went out to meet him, but Mary stayed at home.  “Lord,” Martha said to Jesus, “if you had been here, my brother would not have died.  But I know that even now God will give you whatever you ask.”   Jesus said to her, “Your brother will rise again.”  Martha answered, “I know he will rise again in the resurrection at the last day.”  (John 11:20-23)

Jesus said to her, “I am the resurrection and the life.  The one who believes in me will live, even though they die; and whoever lives by believing in me will never die.  Do you believe this?”  (John 11:25-26)

Jesus is the resurrection.  He has the power to take that which has died and bring it back to life.  Not only that, Jesus is the life.  He has the power to take that which is now living and ensure that it will never die.  The resurrection is the manifestation of God’s glory and power to defeat death and give eternal life to those that believe in Jesus Christ.  Jesus wanted Martha to see that God’s glory was not limited to time. Jesus wanted her to understand that all things, even time and death, were subject to Him.

Take away the stone,” he said.  “But, Lord,” said Martha, the sister of the dead man, “by this time there is a bad odor, for he has been there four days.”  Then Jesus said, “Did I not tell you that if you believe, you will see the glory of God?”  So they took away the stone.  Then Jesus looked up and said, “Father, I thank you that you have heard me.  I knew that you always hear me, but I said this for the benefit of the people standing here, that they may believe that you sent me.”  When he had said this, Jesus called in a loud voice, “Lazarus, come out!” The dead man came out, his hands and feet wrapped with strips of linen, and a cloth around his face.  Jesus said to them, “Take off the grave clothes and let him go.”  (1 John 11: 39-44)

Jesus raising Lazarus from the dead is what John Piper calls a “trailer” for what is to come1.  It is God showing us what He actually has the power to do for us.  It is a shadow of what Jesus will do for those who believe in Him.

I think of my first pregnancy.  The only evidence that I had of being pregnant was morning sickness.  I knew something was different, but I did not feel pregnant.  I just felt sick.  However, when I went for my first ultrasound I saw a glimpse of what was to come.  What looked like a peanut on the screen caused my heart to flutter.  It was in that moment I knew I was not simply sick, and although I could not make out the picture, I knew I was not alone.  There was life in me growing and my heart swelled with joy and expectancy.

Jesus raising Lazarus from the dead is an ultrasound for what God is birthing in those who believe in His son.  We can’t completely make out all the mysteries of the resurrection, but we see life, we know it is coming; and although we wait through the birthing pains, we do so with great hope and expectancy.

On Resurrection Sunday we reverence and honor an even more powerful resurrection: that of Jesus Christ Himself.  The followers of Jesus were taught about the resurrection, but they did not understand that He would have the power to resurrect Himself.  They saw Him give sight to the blind, heal the sick, and raise the dead as in the case of Lazarus.  They knew He had the power, and He even told them that He Himself would die and rise three days later2.  So why at the death of Jesus are His followers left hopeless?  Why did they not expect a resurrection?  They saw Him raise Lazarus.  Did they not think He could raise Himself?  Did they believe the power of death was greater than that of Jesus?

Looking back we have a privilege they did not have at the death of Jesus on the cross.  We know how it ends.  We know that although He in fact died, He did not stay dead.  We now know that the power of Christ is not limited by death.

The question Jesus asks Martha has stayed with me as I’ve read these verses over and over in preparation for this article: “Do you believe this?”

And if Christ has not been raised, your faith is futile; you are still in your sins. (1 Corinthians 15:17)

The cross did not stop our physical bodies from dying and that is a good thing.  I say that is good because if we had eternal life now it would be in a sinful body.  Once we accept Jesus Christ as our Lord and Savior we receive a new spirit.  The Bible tells us:

I will give you a new heart and put a new spirit in you; I will remove from you your heart of stone and give you a heart of flesh. (Ezekiel 36:26)

Our spirit lives, but our bodies still die.  Yet now with spirits that are living, when we do die we will be raised to life.  The Apostle Paul explains it like this:

Our physical bodies are not life, but they contain life for the believer.  Think of our bodies as a seed that contains life in it.  The spirit is the life in the body and contents of the seed.  The body that dies with life (with Christ) in it, is raised with life just as a seed sprouts the contents that are within it.  The body that dies without life (without Christ) in it, is raised without life in it.  Though our bodies die, just as the seed perishes, the spirit lives on to bring forth life on the day of the resurrection, just as the contents of the seed continue living to produce the plant.  In Christ the contents of our seed have changed from perishable to imperishable because we have been born again (given new life which means a new spirit).  Because the contents of the seed are now imperishable, so is the seed.  The Apostle Peter says:

For you have been born again, not of perishable seed, but of imperishable, through the living and enduring word of God.
(1 Peter 1:23)

This is great hope for the believer, which is the third gift the resurrection of Jesus Christ gives to those who place their faith in Him.

The resurrection gives us a hope beyond our life here on this earth.  It means that this is not the end.  Paul adds:

Life no longer ends in death.  We have hope for more, for greater beyond our time here in this fallen world.  We have hope to one day experience what Revelations 21:4 tells us:

He will wipe every tear from their eyes.  There will be no more death or mourning or crying or pain, for the old order of things has passed away.

The resurrection of Jesus Christ gives forgiveness of sin, eternal life, and hope in the realization that we never have to experience death.  Jesus told Martha, “The one who believes in me will live, even though they die; and whoever lives by believing in me will never die.  Do you believe this?” 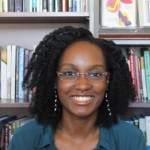 Christina Patterson is a follower of Christ, wife and mother who has a passion to encourage women in the love of Jesus Christ and the truth of God’s Word.  Learn more at www.belovedwomen.org

But when you ask, you must believe and not doubt, because the one who doubts is like a wave of the sea, blown and tossed by the wind.
James 1:6