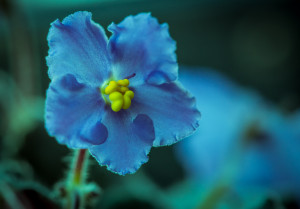 So this is how it ends for me.  I never thought it would come to this!  After all these years of following the Master, listening to Him teach, and watching Him as He healed the masses, it has come to this.  This is devastating!  I don’t know what else to do!  How could I have betrayed Him like I did?  There is nothing left for me to do, but this.

After all that has occurred, I really believe that the Master knew I was stealing from the coffers.  I believe that He knew I had gone to the Chief Priests to deliver Him to them.  I believe that all the while, as He was washing my feet after the Passover supper, that He knew exactly when and how I would betray Him.  Now also, I do believe that He is the Messiah!  He has to be!  He is the One they said would come!  It’s actually Him, and scripture is being fulfilled right before my eyes!  I am so heartbroken for the part I played in all of this.

He lovingly chose me as one of His disciples.  He shared secrets with me and the other disciples that many didn’t know about.  I knew something changed after He shared the bread with me at Passover dinner.  He told all of us that He would be betrayed.  Now, I am completely convinced He knew that it was me that would betray Him.  He dipped the bread and gave it to me.  From that moment, my world grew darker and darker.  It was like I couldn’t control it.  Suddenly I was more anxious than ever to deliver Him up to the Priests.  He even told me, “That which you are going to do, do it quickly.”  Everyone heard Him as He uttered those words.  I know now, that He knew that nothing could change this moment that had come.  He had already accepted His fate.  Why?  I still don’t know.

When I went to the authorities to give Him up to them, I had no idea it would end in death.  I thought surely they would imprison Him.  Instead, they took counsel against the Master to put Him to death!  Death!  He is going to be killed because of me!  I am the one responsible for his death!  By crucifixion no less.  How can I ever live after this?  I ruined it all for Him with my jealousy and greed!

He asked them who they were looking for, they said they were looking for Jesus.  He told them, “I am He.”  As He answered them, they fell backwards to the ground.  When they got back up on their feet, He asked the same question again, “Who are you looking for?”  They had the same answer.  He also had the same answer.  He even asked them to let the disciples go, since they already had Him in custody.  But Peter, with his rash and impetuous attitude, forever always the hasty one, used his sword and cut off Malchus’ ear!  The ear fell to the ground!  Even though Jesus knew He was going to be killed, still He acted in His compassionate, unselfish manner, and healed Malchus’ ear!  On His way to be crucified!  I can’t live with His death, knowing that I am responsible for it.  Oh how I wish there was a way that I could get Him out of this horrible time of torture that I got Him into.

I will never ever be able to face Peter, James, John, and the others.  Never will I be able to live a normal life, knowing what I’ve done.  I had no choice but to give the money back.  It seemed soiled, foul, unclean, dirty to me…  And now, I feel the same way, too!  I feel soiled!  I have no choice but to take my life into my own hands and stop the misery.  It has come to this, and I know what I must do to end this miserable nightmare.  I cannot live with it anymore!  I have rope, and I found a tree.  Jesus, if You could hear me, I am so sorry and full of remorse.  Please find it in Your heart, if You could, to forgive me.  This is my end, it has come to this. I have to take my own life.

As we all know, Judas went out and hung himself.  He had no way of knowing that he was completely forgiven, and that after Jesus was crucified, He would be resurrected from the dead.  You and I have that privilege, of living after the death, burial and resurrection of our Lord and Savior Jesus Christ.

If you have been thinking of, or have ever thought of taking your life, consider Judas.  DON’T DO IT!  There is a way out for you.  THERE IS ALWAYS A WAY OUT!  Trust God.  He loves you, just as much as He loves Jesus.  Judas could have remained alive and forgiven, because the Master would have forgiven, loved and embraced him.  Just like He longs to embrace you right now if you are not yet saved.  Place your life into His hands and let Him lead you out of the suicidal thoughts.  There is a way out for you!

As you celebrate this Resurrection season, remember Him! Remember the Master Jesus, the Messiah.  He died for you, me, and Judas.  He ever lives to intercede for us all, and He is coming again!

About the author :
Sherma-Jacqueline is a Bible Teacher, Conference Speaker, Mentor, and Passionate Writer.  She has always enjoyed writing, and started off by keeping a diary in her teens.  She began prayer journaling over 18 years ago and began teaching on Prayer 11 years ago.  Her desire is to see the women of God rise up and be all that they’re called to be: Bold, Strong, Courageous and overflowing with His Word!

← From Golgotha to Paradise
Do You Believe This? →

Welcome!
Thanks for dropping by!

Teach me to do Your will,
For You are my God;
Let Your good Spirit
lead me on level ground.
For the sake of Your name,
Lord, revive me.
In Your righteousness
bring my soul out of trouble.
~ Psalm 143:10-12

Oh, the depth of the riches of the wisdom and knowledge of God! How unsearchable his judgments, and his paths beyond tracing out!
Romans 11:33