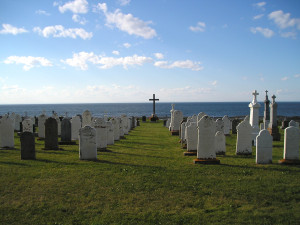 Enter Babysitter. That would be Me.

“Hey, guys, do you know what infinity means?”

“‘Course I know what infinity means.  It means I won.”

Boy’s voice droops in unjust defeat.  “It’s more than anybody can count. All at once.”

Leave it to a child to sum up deep truth in profoundly simple terms.

“That’s absolutely right!  You can’t measure it.  Do you know what I realized the other day about infinity?  If you add five thousand to infinity, it’s still infinity.  And if you take AWAY ten million?  It’s still infinity!”

There is bonding in the mesmerizing struggle between cynicism and wonder.  Is this for real?  Forgotten is the petty disagreement.  Earthly things pass away in gazing at transcending realities.

Giggles erase anger, and we move inside. “When was God born?”

“God has always been there, and always will be.  That’s called ‘eternal.’  But ~ He was born.  Do you remember what the angel told Mary to name Him?”

“Yes.  Jesus was born when God, who is eternal, like infinity-forever, chose to come into our world as a man.”

Boy-eyes and Girl-eyes dart to baby photos framed on the wall and echo the smiles of their former selves.

Girl-face counts floorboards. “But He died.  So He wasn’t forever.”

“He did die; He died for us.  Yet He didn’t stay dead any more than He stayed a baby!  Remember about infinity?  How even if we take a lot away ~ even if we try to subtract ten million YEARS ~ it’s still infinity? Jesus was God, and He had so much Forever-Life inside that He couldn’t stay dead.  He is still forever alive right now, and always will be.”

Leave it to words spilling before conscious thought to frame forever-truth in finite syllables.  I’m preaching to myself as much as to these child-size eternal souls before me.

Hush hovers.  Eternity is a large bite for growing minds to chew on.  And my mind grows, too.

Energy quivers, and toys call from the next room, and the kids answer the call.  Their voices filter back to me all sing-songy as I follow.

And the Seed just planted nestles deep in heart-soil to their tune.  And the Seed will be watered.  And it will grow roots.  And it will reach for Son-light and bear its fruit.  Because infinity-Seed doesn’t stay dead. 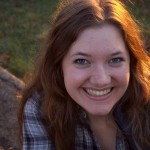 Rebekah Cook is a Christ-follower, actress, singer/song-writer, and wordsmith.  Born overseas and educated at home with her four siblings, she lived in Spain for over nineteen years before moving stateside to pursue her passion for screen acting.  Since 2009 she has worked as both cast and crew for several feature film productions.  Recently she has also had the privilege of helping to train others at various film workshops throughout the country.

Both on and off of film sets, her heartfelt calling is to be an ambassador of Christ.  Rebekah loves being an “adopted” sister and friend to many, and seeks out opportunities to encourage those around her.  Her pastimes include tatting, origami, proofreading, aromatherapy, contra-dancing, blogging, shopping at thrift stores, learning new skills, and giving good hugs.

Visit her blog at kindnessntruth.blogspot.com and her acting website at www.actressrebekah.com.

← The Key Word Is Reciprocity
From Golgotha to Paradise →