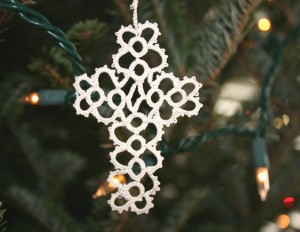 …that is, the mystery which has been hidden from the past ages and generations, but has now been manifested to His saints, to whom God willed to make known what is the riches of the glory of this mystery among the Gentiles, which is Christ in you, the hope of glory.  (Colossians 1:26~27)

There was the true Light which, coming into the world, enlightens every man.

And the Word became flesh, and dwelt among us, and we saw His glory, glory as of the only begotten from the Father, full of grace and truth. (From John 1)

This is the message we have heard from Him and announce to you, that God is Light, and in Him there is no darkness at all...

and the blood of Jesus His Son cleanses us from all sin.  If we say that we have no sin, we are deceiving ourselves and the truth is not in us.  If we confess our sins, He is faithful and righteous to forgive us our sins and to cleanse us from all unrighteousness. (From 1 John 1)

“For God so loved the world, that He gave His only begotten Son, that whoever believes in Him shall not perish, but have eternal life.  For God did not send the Son into the world to judge the world, but that the world might be saved through Him.  He who believes in Him is not judged; he who does not believe has been judged already, because he has not believed in the name of the only begotten Son of God.” (John 3:16~18)