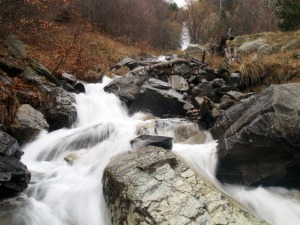 From the Garden of Eden to Noah’s generation, humanity was broken.  Holy communion with God ~ broken.  A mother’s heart, seeing the pain of an angry son and a son murdered in a field ~ broken.  A family watching their own people turn away from what is true and beautiful to violence ~ relationships, broken.

The thoughts of men turning towards evil in every way ~ God’s heart?  Broken . “The Lord was grieved that he had made man on the earth, and his heart was filled with pain…” (Genesis 6:6)

Yet one man was found righteous and this man found favor with God ~ through Noah, humanity was given a chance for redemption.

Yet, again, we look back and see God’s laws, given to us for our own peace and good… broken.

God provisions to meet Him through obedience, sacrifices, and a pure heart were ignored, discounted, forgotten again and again.  Through every phase of history, He pursued and He loved and the people He longed to bless remained rebellious and selfish.  The world was again full of pain and corruption.  Entire nations hurt.  Families were torn apart.  Hearts were in pieces.

But God already knew His next step.  A way of redemption was given, once again, through a righteous man.  Yet t this was not just any man.  This was Jesus Christ, son of man and son of God, without any sin.  Without blemish. Perfect in every way.  After Him, no other sacrifice was necessary.  Through Him, we were given all that we needed.

He became our Righteousness, our Redeemer, and our Savior.  Jesus came and was wounded so that our broken pieces could be made whole.  Our hearts, our families, our relationship with God ~ renewed and restored.

I think we could all use a good reminder of who this Savior is  because I’ll be the first to admit ~ my heart is hurting.

I’ve spent the last few weeks processing the events happening around us.  Earthquakes, governments gearing up for battle, storms of all kinds ~ all of which left  people homeless and wounded by thousands.  I’ve been hanging out with teenagers and learning bits of pieces of their stories, hearing the pain behind some of their casual words.  I’ve had a few preacher’s kid moments, where I’ve wished I could stand on the front lines to protect those called to preach God’s Word and who seem to be an easy target for other people’s frustrations.  I’ve had moments of confusion, wondering why the people of God hide behind petty issues instead of just loving others like Jesus first loved us.

In short ~ I need to sit at the feet of Jesus.  He alone is our hope.  He alone was broken for our healing.  He can make us whole, and He can restore us even when it doesn’t seem possible.  Sometimes we have to just be still and remember who He is.

If you feel broken, please read along as I take a fresh look at the life of our Savior.  My words will fall short, no doubt, but the God I’m describing to you will never fall short.  He is more than we can imagine and everything that we need.

Isaiah 53
Who believes what we’ve heard and seen?
Who would have thought God’s saving power would look like this?
The servant grew up before God ~ a scrawny seedling,
a scrubby plant in a parched field.
There was nothing attractive about him,
nothing to cause us to take a second look.
He was looked down on and passed over,
a man who suffered, who knew pain firsthand.
One look at him and people turned away.
We looked down on him, thought he was scum.
But the fact is, it was our pains he carried ~
our disfigurements, all the things wrong with us.
We thought he brought it on himself,
that God was punishing him for his own failures.
But it was our sins that did that to him,
that ripped and tore and crushed him ~ our sins!
He took the punishment, and that made us whole.
Through his bruises we get healed.
We’re all like sheep who’ve wandered off and gotten lost.
We’ve all done our own thing, gone our own way.
And God has piled all our sins, everything we’ve done wrong,
on him, on him.

He was beaten, he was tortured,
but he didn’t say a word.
Like a lamb taken to be slaughtered
and like a sheep being sheared,
he took it all in silence.
Justice miscarried, and he was led off ~
and did anyone really know what was happening?
He died without a thought for his own welfare,
beaten bloody for the sins of my people.
They buried him with the wicked,
threw him in a grave with a rich man,
Even though he’d never hurt a soul
or said one word that wasn’t true.

Still, it’s what God had in mind all along,
to crush him with pain.
The plan was that he give himself as an offering for sin
so that he’d see life come from it ~ life, life, and more life.
And God’s plan will deeply prosper through him.

Out of that terrible travail of soul,
he’ll see that it’s worth it and be glad he did it.
Through what he experienced, my righteous one, my servant,
will make many “righteous ones,”
as he himself carries the burden of their sins.
Therefore I’ll reward him extravagantly ~
the best of everything, the highest honors ~
Because he looked death in the face and didn’t flinch,
because he embraced the company of the lowest.
He took on his own shoulders the sin of the many,
he took up the cause of all the black sheep.

← Into The Light
Night Falls →