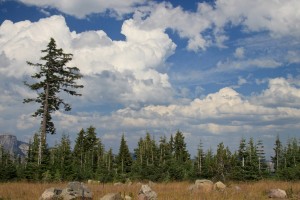 Recently I was blessed to watch a video put out by Biola University.  It was a talk entitled “My Life as a Tomato” given by Phil Vischer, the creator of Veggie Tales.  This video, which I would highly recommend, is a reality check for all of us in dealing with our dreams and burdens.  It is easily accessed through Google or YouTube.

Mr. Vischer tells about how he began his career with a dream.  He wanted to provide entertaining, but scriptural and moral videos for children.  He wanted to instill positive values in their young minds so that they would have the tools to deal with this world as they grew.  He began with just a small dream, but God blessed him and the dream grew ~ and grew ~ and grew ~ until it was a multimillion dollar venture employing over two hundred people and reaching around the world.  It was success as he had never dreamed could happen.  He found himself totally absorbed in the business.  His conscious motives were impeccable, and he was prepared to give his all for his dream.  He spent more and more time working, expanding the business into more DVDs and full length feature films; hiring more and more creative people to undertake all the new projects he was setting in motion.  There seemed to be no limit to what he would be able to do.  He was glad to be able to use his skills in God’s service; he saw it as a worthwhile opportunity for real ministry.

Then, suddenly, things began to go wrong.  They went from bad to worse, until he lost everything in what he believed was an unjust lawsuit.  He couldn’t understand it.  His story goes on, but the upshot of it was that he slowly began to understand that he had come to put his business ahead of his relationship with the Lord, and the Lord was calling him on it.  He had to learn that for the Lord, their one-to-One relationship was even more important than a world-wide ministry which reached millions.  He was overwhelmed that the Lord valued their relationship and his own spiritual well-being even more than all the good work he had been doing for Him.  God’s love for us isn’t just “God so loved the world”… it is also a love for you and me, specifically and personally.

Dreams can be many good things: a happy life, a first-rate education, a wonderful full-time ministry for the Lord.  However, if the dream becomes something that is more important to you than your personal and intimate relationship with Him, He may love you enough to put it on pause so that you have the opportunity to re-think your priorities.

Mr. Vischer had a burden for the spiritual welfare of children, but it was all based on his trust in his own abilities; what he could or could not do in his own strength.  He was struggling and stressed by the burden, to the point of becoming ill.  He believed that it all depended on him; that he had to work harder, or work smarter.  He wanted so much to make sure it all came right, that the work would continue; that his employees wouldn’t lose their jobs. After all, he asked himself, wasn’t it was all for the Lord?  Wasn’t this work his contribution to the Kingdom?  He ignored or refused to acknowledge that there was also an element of pride involved in what he was doing.  He ignored the little voice inside of him that knew that he also had hoped, in his secret heart, to become the “Christian Walt Disney”.

Like many of us, he hoped to please the Lord by his efforts.  He may have assumed that substantial productiveness is equal to spiritual maturity… but is isn’t necessarily so, especially if pride is involved.  Pride, perhaps especially spiritual pride, is subtle and difficult to acknowledge.  We all want to see ourselves as being unselfish and might even be content to be martyrs to our successful dreams, especially if it involves those things we tell ourselves we are doing for the Lord.  We like to think of it as our sacrificial giving for Him.  We just ignore any underlying agendas.

Like Mr. Vischer, we tell ourselves that if there are problems we just need to work harder or smarter.  We assume that God will continue to bless all our hard work because it is all for Him.  Then if things do begin to go wrong, we expect that God will take care of things because surely He will see all that we are trying to do for Him, and make all the problems go away.  Yet, sometimes He doesn’t.  Then we become confused.  Why isn’t God doing what He is certainly able to do when it is ALL FOR HIM?

Instead, we are told to take up our crosses and follow Christ.  Where do you go when you are carrying a cross?  Not to a place of ease and comfort.  You follow Him into the death of self.  How did Paul go through all that he did, and yet continue to tell us to rejoice?  It was by dying to self and proceeding in the strength and energy of Christ; letting Christ carry the burden; not assuming that he had to do all that he did by his own wisdom, strength and ability.  Paul, waiting to hear whether he is to live or die, writes peacefully from a Roman jail that he can do all things through Christ, Who strengthens him.

Mr. Vischer spoke about two things: dreams and burdens.  All of us have both of these.  You may have a dream for a good life, success for your child, a great education or a happy marriage, or even of developing a wonderful ministry for the Lord.  You may have a burden for lost souls: for those in crisis in the inner cities, for teens, or for foreign missions.  However, no matter how well intentioned we are, whether it is in a vision of some good work for the Lord, or in a burden for saving souls, or even just the daily burden of taking care of our families and our jobs ~ what must come first is a personal relationship with Christ which takes precedence over everything else.  We even need to be able to let our dreams die if that is where God is taking us.  It is not always the public work, but the attitude of heart which is most important to Him.

Above all we need to recognize that we are just to be open channels through whom God is able to do His work.  Most of us are prepared to work hard to achieve these dreams, but if they succeed we need to remember that we didn’t do it alone.  Are people blessed by our efforts?  He is the One Who brings the blessing.  He is the One Who opens hearts to hear.  Any sense of pride we may have about our contribution is misdirected because it isn’t about us: it is really about Him.

There are other kinds of burdens besides those that come from our dreams.  Mr. Vischer spoke of how he felt when, as a young boy, his father left the home and the marriage.  He had believed that it was because his father felt that he, little Phil, wasn’t worth the effort of continuing to work on the marriage. Although well in the past, it still had a major impact on his life in how he felt about himself and how he approached problems.  Burdens like these (anger, or hurt or bitterness or grief), often going all the way back to childhood, are common to many of us and show up in our lives in complicated and subtle ways.  We need to take them to the Cross as well, and lay them down and leave them there.

Not many of us will be put in positions where we are directing huge ministries like Mr. Vischer; yet I think his insights still work in our lives.  So, how can we do all that we need to do and not collapse under the burden of our self-imposed duties and stresses?  Jesus said, “Come unto Me, all you who labor and are heavy laden, and I will give you rest.  Take My yoke upon you and learn of Me, for I am gentle and lowly of heart, and you will find rest for your souls. For My yoke is easy and My burden is light.”
(Matt. 11: 28-30)