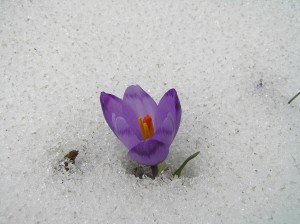 Over the last few days, I’ve been thinking a lot about Jesus.  Since we’ve been talking about how God is our King ~ our creator, provider, Lord of all ~ it awes me even more to think about how Jesus was willing to leave His heavenly throne to walk among us.  I love reading about His time here… because in these records of His life, we see so much of who He is… His interactions with the men and women around Him show us His character in a whole new light ~ we see Him on our playing field… we see Him in relationships, in society, in our world.  We can see, directly, how He relates to us.

Just the fact that He was willing to come to earth shows His love… and His great, endless compassion.  (Compassion: a feeling of distress for another’s suffering and the desire to alleviate it)  The compassion of Jesus is something we see again and again and again throughout His ministry… and it is an element of His Kingly character that melts my heart.

Here’s one of my favorite examples…

The Pharisees ~  important religious folk who tended to value the law more than the heart ~ were always testing Jesus, always watching to see what He’d do next.  In Luke 7, a Pharisee named Simon invited Jesus into his house to eat dinner.  While Jesus was there, a woman crashed the dinner party… the Bible tells us that she was a sinner.  Which some take to mean that she was a prostitute… maybe, maybe not.  What seems sure is that she was unhappy with her life and knew that Jesus could change her.  She sought him out, in the middle of this party ~ not caring about who was watching or what they were saying to judge her ~ and fell at His feet.  Her heart was breaking because she needed forgiveness, needed a second chance at life and the tears poured from her eyes onto the feet of Jesus.  She came to Him needing compassion  and He gave it freely.

Simon the Pharisee thought to himself  ~ if this guy were really a prophet, he’d know what kind of woman is touching him right now.

In other words, he’d know she was a dirty, sinful woman and he wouldn’t let her touch him.  Simon had no compassion for her.  He just saw her actions, what she’d done wrong, and ignored the obvious anguish of her heart.

But Jesus looked at Simon and called him out on his judgmental spirit.  This woman, He said, has washed my feet with her tears and dried them with her hair… she has anointed me with ointment and kissed my feet when you didn’t even bother to offer me water to wash the dust from my feet when I came into your house.  Those who are forgiven much love much.

And Jesus went on to say to this woman: ”Your sins are forgiven. Your faith has saved you. Go in peace.”

I am so thankful for His words… for the tender way He dealt with her… because that woman was me.  That woman was you.  Every person on this earth is born into sin and could be called unworthy to kiss even His feet… but even while we are in sin, He loves us.  When we are desperate, when we need to be forgiven much, He hurts for us and wants to make things right in our lives.  His compassion was great enough to hold Him on the cross so that He could restore our communion with God and heal our broken hearts.

And we are to take this compassion that has changed our lives into this world.  He wants us to be the hands that give His love to the hurting people in our lives.  In fact, read this passage from Matthew 25 to see His feelings about how we treat others.

The King will reply, ‘I tell you the truth, whatever you did for one of the least of these brothers of mine, you did for me.’

“They also will answer, ‘Lord, when did we see you hungry or thirsty or a stranger or needing clothes or sick or in prison, and did not help you?’
“He will reply, ‘I tell you the truth, whatever you did not do for one of the least of these, you did not do for me.”

← A Meditation on Love
Game Changer →