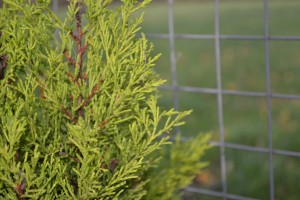 She paced the floor of the small space of the prison cell.  Back and forth, wringing her hands, her heart felt as though it would come right out of her chest.  It seemed more like a dream than reality.  Would they really set her free today?

Lina had been incarcerated for two years on drug charges.  The time she had spent behind these bars were hard, so hard in fact there were some days she didn’t want to live.  Lina wasn’t like some of the women, who came in claiming their ground and making a name for themselves right away, she was the one who tried to avoid them all just to stay alive.

Many nights Lina lay in her bottom bunk thinking about freedom. Remembering life with her kids in their small rental home.  At the time it didn’t seem like much, but oh what she wouldn’t give to be back in her own full size bed with Molly and Jake on each side of her.  These bars that held her prisoner, that held her captive, gave her the feeling of being stuck in a type of hell.

Lina’s story can be related to our own story before we find freedom in Christ. We are held captive by sin and death, actually sentenced to hell.  But when FREEDOM comes, He breaks open those prison cell doors and we are free to walk right out and live a life of love, no longer chained to the sin that destroys our lives.

Unfortunately, many of us don’t walk out of the prison cell doors.  We continue to sit on the bunk and live in our old hell.  Although we are free to go and live an abundant life as Jesus tells us in John 10:10, some of us continue in defeat.  We are more than conquerors, saints not sinners, righteous no longer unrighteous, but we don’t have a clue.

Life as a Captive Christian is miserable.  When Jesus set us free, He set us free from the chains of any sin that tries to hold us.  He gives us the power to escape temptation, His Holy Spirit gives us everything we need to live a godly life.

As Lina walked out of prison a free woman that afternoon, she realized a new life was about to begin as she ran into the arms of her two children.

As you walk out of the prison you have already been freed from, realize you have a new life waiting, so run into the arms of the Father and live abundantly in Him.

Galatians 5:1 It was for freedom that Christ set us free; therefore keep standing firm and do not be subject again to a yoke of slavery.

Romans 1:7b  Grace to you and peace from God our Father and the Lord Jesus Christ.

1 Corinthians 10:13 No temptation has overtaken you but such as is common to man; and God is faithful, who will not allow you to be tempted beyond what you are able, but with the temptation will provide the way of escape also, so that you will be able to endure it

2 Peter 1:2~3 Grace and peace be multiplied to you in the knowledge of God and of Jesus our Lord; seeing that His divine power has granted to us everything pertaining to life and godliness, through the true knowledge of Him who called us by His own glory and excellence.