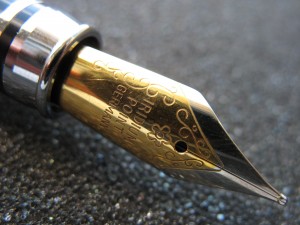 I love to stroll through graveyards and read epitaphs, especially the really old ones.  When you think about it, what is said on that tombstone is probably all you’ll ever know about that person.  It seems through that one-line statement or even the length of time from birth to death, for a few moments you can somehow allow your imagination to tell the story of their life and their end.

I recently strolled through the “epitaphs” of Hebrews chapter 11, each verse allowing my mind’s eye to experience men and women of old urged on by an inherent belief in God that sustained their hope in His promises even though some never actually saw their fulfillment.  Maybe that was for us to see.  Yet still, it was well written of them that they were a people of unyielding faith and I perceive them as somewhat pure and holy, but as I flip through the pages of Genesis to Revelation, I find many different stories written about them and others that seem to paint a more accurate picture of what real life is all about.  It’s as if God chose them as examples for me to learn from.  Just think of the stories of David’s life in a modern-day tabloid.  Or just like his brother, wouldn’t I be angry at the Prodigal son, too?  I don’t even want to think about Paul’s resume.

I heard a preacher once say, “Don’t give a permanent name to someone because of a temporary weakness.”  He gave the example of Thomas ~ the one who said of Jesus when He had made up His mind to go back to Judea where the Jews had already threatened to kill Him, “Let us go too that we may die along with Him.”  Wow, that’s a bit different from the label of Doubting Thomas that I’ve heard all my life.  I studied more to realize that Jesus didn’t give Thomas this name, that was man’s label ~ one that seems to have its origin from a moment of weakness or possibly even shear panic stemming from his fear of having witnessed with his own eyes the cruel death of the same Lord that he saw raise others from the dead.  Perhaps he just had a hard time believing that his leader was actually with him again.  The choice he made, whether wrong or right in our eyes, labeled him for years to come even though history tells us he lived the rest of his days to preach the gospel and even died for its cause.  I hardly think he could die for something he didn’t truly believe in.  I wish we had more stories of the good he did to outweigh the perceived bad.

Out of what weakness or even sin will you gain your “label”?  What will be said of you after a lifetime of failures and successes, because we will all experience them both?  What will people write about you in their mind day after day, year after year?  Will you have the chance to somehow redeem your legacy?  Or better yet, will you get the opportunity to help keep someone else from acquiring a “label”?

I don’t know what the ready pen of a writer will say of me nor the picture it will create in the vivid imagination of its reader, but I have to hold onto the words from Isaiah 46:10 that from my beginning to my end, and everything in between ~ the good, the bad and the ugly, God promised to fulfill His purpose and what is pleasing to Him in me.  That means I have a chance!  I don’t have to be defined by my failure as well as by my success.  God defines me as the same fearfully and wonderfully made creature from my beginning to the faultless one before His throne at my end.

About the author
After serving 20 plus years in full-time ministry, Rae and her husband Eddie make their home in Eastern North Carolina.  They have two sons, one of whom is autistic with many special needs.

← Starting the New Year in the Word!
Reflections (in a bird-bath) →