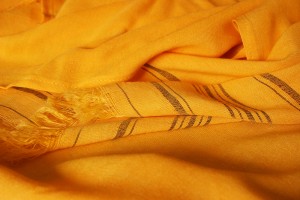 Each step felt so uncertain as she hurried along with the scent of her perfume filling the night air.  The fear inside her was overwhelming and she was unsure if her shaking legs would be able to carry her the long distance across the field.  The dark of night was no place for a woman, with danger lurking around every corner, but she must get to him.

Would he accept her?  Would the man who had already begun to protect her and provide for her in his fields, welcome her presence, and provide her, a foreigner, with cover?  Would he be willing to redeem?  Determined to follow her mother-in-law Naomi’s instructions, Ruth did all that she asked:

“Ruth approached quietly, uncovered his feet and lay down. 8 In the middle of the night something startled the man, and he turned and discovered a woman lying at his feet.

“I am your servant Ruth,” she said. “Spread the corner of your garment over me, since you are a kinsman-redeemer.” (Ruth 3:7-9)

This portion of scripture with the story of Ruth and Boaz might seem like the strangest marriage proposal our western eyes have ever seen!  Sneaking in under the cover of nightfall, lying at his feet and asking a man she hardly knows, to take her into his home as his wife, is not exactly an approach that would be embraced by women of our culture, who expect to be wooed with diamonds, and romantic gestures.  However, for the tribes of Judah, Ruth’s suggestion to Boaz would have not only been acceptable, it was following the instruction given by God and was understood to be so much more than a proposal for marriage.  Ruth was looking for so much more than a husband.  She needed a redeemer.  She was looking for someone to save her, her property, and her family line.  As she laid herself down at the feet of Boaz that night, she was laying down her life, surrendering it into the hands of the God of Israel, and she would soon find that He is faithful!

I have known the pain of brokenness, and shattered dreams, grieving and loss.  I have experienced the uncertainty of not knowing where my life was going or what I was going to do. Despair has been my constant companion at times, and fear has gripped so tightly around my neck, I could hardly catch my breath.  In so many ways I can relate to Ruth in all that she suffered.  I was just as poor, and hopelessly lost in slavery to my circumstances as Ruth was ~ until I met my Redeemer!  I could not save myself, and in many ways I was not even aware that I was lost, and so God, who is as faithful to us as He was to the Tribes of Israel, provided a Redeemer.

Our holy and Righteous God sent His one and only Son to redeem us.  The sinless Lamb of God bore the weight of our sin hanging on a cross.  He died and rose again so that we could be free.  Free from our own poverty of sin.  Free to live, and to give our lives to the One who gave His life for us.

That night on the threshing room floor when Boaz agreed to redeem Ruth was not the end of the story.  God had so much more planned for Ruth than she could have even imagined.  Here is the rest of the story from Ruth chapter 4:

13 So Boaz took Ruth and she became his wife.  Then he went to her, and the Lord enabled her to conceive, and she gave birth to a son. 14 The women said to Naomi: “Praise be to the Lord, who this day has not left you without a kinsman-redeemer.  May he become famous throughout Israel! 15 He will renew your life and sustain you in your old age.  For your daughter-in-law, who loves you and who is better to you than seven sons, has given him birth.”

16 Then Naomi took the child, laid him in her lap and cared for him. 17 The women living there said, “Naomi has a son.”  And they named him Obed.  He was the father of Jesse, the father of David.

Praise be to the Lord who has not left us without a Kinsman-Redeemer, but sent Jesus through the family line of David to save us. When Ruth laid her life down at the feet of Boaz, she unknowingly stepped up and took her place in the lineage of Jesus.  Just as Ruth’s story did not end on the day she was redeemed, neither does yours or mine.  Jesus came not only to be our Redeemer and our Savior, He came to be our Bridegroom, to be our everything, and to live His life through us.

It is with a grateful heart that I come to the feet of my sweet Jesus once again.  My life apart from Him is one of bondage and slavery ~ so I come.  I come in faith knowing that if I surrender my life, the plans God has for me are so beyond what I could ever imagine.  Wanting to take my place in God’s Kingdom, I bow to my Redeemer, and lay down at His feet.  “This is your servant.  Will you cover me, and redeem all that I am, for your Glory?”