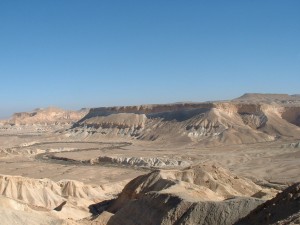 1 Samuel 18:1-30 is the beginning of the account of a long and tumultuous relationship between David and Saul.  Saul, in his quest to destroy David, and driven by fear, manipulates his family, lies, deceives, and does just about everything else to annihilate David.  Saul, aware that David is his successor, realizes his time is short; he also knows deep in his heart the Lord is with David and Saul despises David.  Saul does not know it yet, but this hatred of David, has ignited a spark of bitterness in his daughter Michal.  Michal loves David at first, but grows to despise him; just like her father the King.  Michal did not have to be bitter, she had a decision ~ a choice, and she made the wrong decision.  Michal serves as a great example of how bitterness can take root in our hearts and cause us to become hard and cold.  In contrast to our previous lesson on Nicodemus, who had a heart that sought God, Michal has a heart that grows to despise Him.

After reading the account in 1 Samuel 18, it is hard not to have compassion for Michal.  Her father used her as a pawn for his own purposes, disregarding that she is his daughter.  Saul allowed his fear to dictate his actions.  He was so afraid that David was going to take his kingdom from him that he used his own daughter to bring David’s demise. Saul did not get it; David was going to have his kingdom, because Saul’s heart had turned far from God. God was going to strip the kingdom from him and give it to David; David was a man after God’s heart.

Michal was not aware that her father gave her to David for this purpose. The Bible says she loved David, so she probably was blinded by her love from the schemes of her father. The palace was a small place and she is sure to find out soon enough her father’s plans.

Saul devises a plan to kill David, sending him to collect a hundred foreskins from the Philistines. Well, they are not going to lie down and let David circumcise them; he considers the task unattainable for David.  He thinks, “Surely David will not come out of this alive!” Saul should have known better.  David just killed Goliath, which no one in Saul’s kingdom, could accomplish.  These same Philistines just ran from fear of David after watching their mighty warrior Goliath die.  Saul’s plan backfires, David goes out and returns victorious, and his reward is Michal’s hand.  Can you imagine your father selling you for 100 foreskins? That is what she is worth to him; do you believe Saul cherished Michal?  Would you feel cherished?

The Word tells us that David behaved more wisely than any of Saul’s servants. David’s name became highly esteemed among the captains of the Philistines. The hatred and the fear of David kept growing deeper in Saul’s heart. Michal by this point has begun to see her father’s plot against her husband when Saul demanded his son Jonathan and all his servants to kill him.  David escaped and left the presence of Saul. (1 Samuel 19).  Jonathan however, spoke well of David and interceded for his life.  He reminded his father how great a victory David won for Israel and how faithful David was to Saul. Saul promises that David will not be put to death.  The Word says that David was back in Saul’s presence as before.  Michal has to realize by now that her father hated her husband.  Another wound ~ her own father hates the man she loves and seeks to kill him.  A woman’s heart is easily wounded ~ a breeding ground for bitterness.

Saul’s promise disappeared with the wind. The story continues in Chapter 19, Saul becomes tormented by an evil; David is brought to play his harp and when he plays the spirit departs. Saul’s desire to kill David deepens, hurling a spear at David, but he again escapes.

Saul sends messengers to kill David again, but Michal protects David from her father. She fears for David and that he will not escape her father’s hand so she urges him to leave, letting him down through a window in order to escape.  Michal springs into action to deter the messengers by laying the household idol in the bed to replace David and says he is sick.  Michal should never have had an idol in the house.  If Michal had called on the name of the living God, He would have delivered David from the hand of Saul.  The Lord is a refuge to those that fear Him.

Her bitterness is growing deeper as she witnessed her father hunt her husband unjustly.  Saul didn’t buy that David was sick and arrives at Michal’s door and accuses her of betraying him by allowing David to escape. “Why have you deceived me like this and let my enemy go, so that he has escaped?” Torn between her husband and her father, she casts the blame on David.

I believe Michal may have feared for her life, not knowing whether her father would turn his hand against his daughter. Michal cries that David threatened to kill her. This is not true, but she lies about him to get out of the hot seat with her dad. Out of fear (like father like daughter), she lies about her husband.  Fear is a spirit and when we let that fear dictate how we live we lose every time.

Michal did not have to live this way.  She allowed bitterness and fear to take root in her heart and this hindered her judgment. The wounds she suffered from her father caused her heart to be vulnerable to bitterness, but she chose to allow it to take root and grow.  In our lives, hurts come readily.  It is our choice whether that hurt turns to bitterness.  We must cast our hurts at the cross and not allow it to take root.  I know you are hurting, and it is hard to give it over to Jesus; if we don’t, our judgment will be impaired and we will grow a cold hard shell, and as we will see with Michal, that bitterness will eventually turn our hearts away from God.

Cast your burden upon the LORD and He will sustain you;
He will never allow the righteous to be shaken. Psalm 55:22 NASB

Casting all your anxiety on Him, because He cares for you. 1 Peter 5:7 NASB

← Sometimes We Choose
Got Worry? Got anxiety? Get The Answer →

1 comment for “A Life That Sings: Michal ~ Lessons in Bitterness”