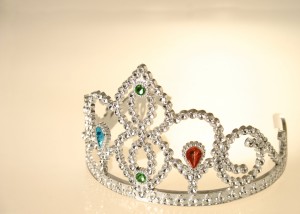 What we do today makes a difference tomorrow even if we cannot see the entire picture.  Ruth could not see that she would play a vital role in the lineage of the Messiah ~ Ruth, a heathen, in the line of Christ.  Amazing grace.

All the people who were in the court, and the elders, said, “We are witnesses.  May the LORD make the woman who is coming into your home like Rachel and Leah, both of whom built the house of Israel; and may you achieve wealth in Ephrathah and become famous in Bethlehem.  Moreover, may your house be like the house of Perez whom Tamar bore to Judah, through the offspring which the LORD will give you by this young woman.” Ruth 4: 11-12 NASB

One of the most contentious relationships in the Bible is Rachel and Leah; two sisters fighting for the affection of the husband they are forced to share.  Rachel has love on her side, for Jacob loved her.  Jacob however, did not love Leah and she fought for his attention through bearing children.  Through all the contention, the bitterness, jealousy and hate, these two sisters built up the house of Israel.  Abundant grace.  Rachel and Leah birthed the twelve tribes of Israel (with the help of their maids) and established the house of Israel.  Leah gave birth to Reuben, Simeon, Levi, Judah, Issachar, Zebulun and one daughter, Dinah.  Rachel’s maid Bilhah bore Dan and Naphtali.  Zilpha, Leah’s maid gave birth to Gad and Asher.  Rachel’s shame of a barren womb is dissolved with the birth of Joseph and Benjamin.

This account in Genesis 28 is the epitome of dysfunction junction, but it serves as an example of the mysterious, forbearing grace of God.  Through the midst of all this, God still moved and worked His will.  The tribe of Judah, through which the Messiah would come, was birthed in all that contention and mess.  It is not a license to sin, but displays God’s ability to use our pain to draw us to Him in our brokenness.  When we are in our miry pit, and it feels like we have nothing God can use, we can be sure He is working behind the scene; washing us and setting us upon His path.  Rachel and Leah are held in high esteem; their names invoke blessing.

Tamar’s name conveys blessing as well; her story is nothing short of traumatic.  Tamar is Judah’s daughter-in-law.  The Word says Tamar’s husband Er was evil in God’s sight and took his life.  Each of Judah’s sons married her; however, each refused to allow her to conceive and all died.  The Bible is silent as to the motive of these men, but it was an act of dishonor.  Women that could not have children were considered cursed; their actions brought her much shame ~ a shame she did not deserve.

Judah instructs Tamar to return to her father’s house until his youngest son is grown to marry.  Judah’s wife dies and when his mourning is complete he leaves for the sheep shearing festival, Tamar hears news of it.  The Word describes her actions explicitly.  Taking off her widows’ clothes, she disguises herself as a prostitute.  Tamar waits for Judah and disguised, tempts him to sleep with her; he succumbs.  She negotiates her price, a goat from his flock.  Tamar secures a pledge, his ring, seal, and cord.  Judah returns with the goat, but cannot find her.  He has lost his entire identity in his pledge to the prostitute.

A little later Judah receives word that his daughter-in-law is pregnant.  His form of justice?  That she be brought out to be burned!  He and his sons imprisoned her to a life of scorn, and though her actions were wrong, arguably the shame in which they subjected Tamar to is unbearable.  She produces his signet, seal and cord and is vindicated.

Tamar gave birth to twins; her shame washed away- double portion size.  Perez and Zerah struggle, fighting each other for the position of firstborn.  Perez hails the victory – his name meaning breach.  Breach has a negative connotation, yet Perez is the first name listed in the Generation of David.  There is no defense for a woman pretending to be a prostitute to seduce her father-in-law to get pregnant.  God did not approve her actions, yet He saved from extinction the tribe of Judah through which the Messiah would enter this world.  Awesome grace.

So Boaz took Ruth, and she became his wife, and he went in to her.  And the LORD enabled her to conceive, and she gave birth to a son. Ruth 4:13 NASB

The Lord had a plan for Ruth from the very beginning.  She came from Moab to Bethlehem a poor widow; a foreigner gleaning in the field of Boaz.  When she arrived as a beggar, she never imagined she would be the wife of the owner of the field.  God’s grace is unfathomable to us ~ how He can take what we perceive as a small, insignificant life, and use it for His glory?  Boaz rightly encouraged Ruth with the truth that the Lord greatly rewarded her for seeking refuge under the wings of the Almighty.  Though she suffered great loss, she pressed through to what God had for her; ultimately becoming the great grandmother of King David and included in the lineage of Jesus.

God desires to lavish His love on us, even when we are getting it all wrong, attempting to work circumstances out ourselves, and mess everything beyond our repair as  Rachel, Leah, and Tamar.  He takes us from the place where all is lost to a place of hope.  He rescues us in the midst of heartbreak, disappointments, shattered expectations and broken dreams, as  Ruth and Naomi, to a place of joy and peace ~ exchanging our sorrow for His joy.

To appoint unto them that mourn in Zion, to give unto them beauty for ashes, the oil of joy for mourning, the garment of praise for the spirit of heaviness; that they might be called trees of righteousness, the planting of the LORD, that He might be glorified. Isaiah 61:3 KJV

The harvest season is a time of joy and celebration.  Boaz, Ruth and Naomi celebrate new life.  Follow hard after God, He will reward you.

The neighbor women gave him a name, saying, “A son has been born to Naomi!” So they named him Obed. He is the father of Jesse, the father of David. Now these are the generations of Perez: to Perez was born Hezron, and to Hezron was born Ram, and to Ram, Amminadab, and to Amminadab was born Nahshon, and to Nahshon, Salmon, and to Salmon was born Boaz, and to Boaz, Obed, and to Obed was born Jesse, and to Jesse, David. Ruth 4: 17-22 NASB

What has God in store for you?  What legacy will you leave?

← A New Life For Christmas
Walking with God: Loving God →

5 comments for “Ruth: From Beggar to Princess, part 9 ~ Leaving a Legacy”