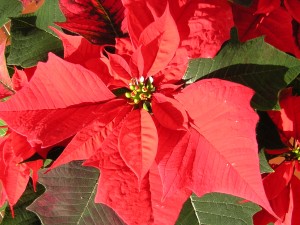 Allie remembers Christmas as a time of fear and violence.  Her father was an alcoholic and on holidays he raged with anger when he drank.  But it wasn’t just on the holidays, it was every weekend.  His paranoia drove him to believe Allie and her sister were troublemakers.  Out of this belief and his addictions came emotional, mental, and physical abuse.  Allie spent many nights curled in a ball under the bed just waiting for her father to burst through the door to administer more “punishment”.  On the nights he did come in she begged to die. ~~~~~~~~~~~~~~~~~~~~~~~~~~~~~~~~~~~~~~~~~~~~~~~~~~~~~~~~~~~~~~~~~~~~~~~~~~~~~~~~~~~~~ It is relationships like this that often hinder a woman from knowing her heavenly Father.  She will not get close for fear of punishment or wrath.  Her view of God is the same as the view she has of her own earthly father.  She rationalizes that surely God hates her, is disappointed, and disgusted by her mere existence just like her own father.  Maybe she feels she can’t trust God just like she couldn’t trust her daddy.  After all she walked on eggshells most her life trying to live up to his expectations, didn’t God expect her to be perfect too?  She’d only let Him down, He’d hurt her and the betrayal would begin so why go there?

These are just a few feelings and thoughts that run through an abused woman’s mind.  The trauma from her childhood has often skewed her perspective of a normal relationship with our Heavenly Father.  In fact most of the time she doesn’t even realize there can be a real, personal, special relationship with God the Father.  But I want to proclaim there is a God who is a Father to the fatherless, to the captive, to the broken, to the traumatized, to the tough girl, to the woman pretending, the addicted, beaten, violated, lonely, hopeless, the betrayed and the betrayer!

And He is a Father who loves you way beyond the place any human love could or would dare to go.  He loves and values you so much that He let His Son die in your place for your sin so you could forever be His daughter.  It might be hard to grasp this concept, but for now just hear our prayer:  that you will have the power to understand the greatness of Christ’s love — how wide and how long and how high and how deep that love is.  Christ’s love is greater than anyone can ever know, but I pray that you will be able to know that love.  Then you can be filled with the fullness of God. With God’s power working in you, God can do much, much more than anything you can ask or imagine.  To him be glory in the church and in Christ Jesus for all time, forever and ever. Amen. (Ephesians 3:18-21)

For those women with stories like Allie’s, please know this Father will never harm, leave, betray, disown, take His love, expect perfection, or cruelly punish you.  He only wants to hold, heal, and help you in to a life of hope.  Will you go there with Him today?  Begin new this Christmas season with a new life and a new Father.

← Thankfulness in All Things
Ruth: From Beggar to Princess, part 9 ~ Leaving a Legacy →

3 comments for “A New Life For Christmas”