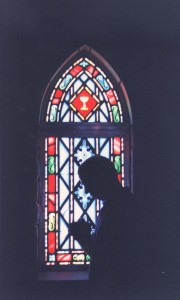 I was with my Bible study girls last year.  We were on our usual summer hiatus because of all the activities of summer, but a few of us wanted and needed the continued fellowship and accountability.  Without even realizing the timing of our conversation, with Father’s day fast approaching, the girls set out to comfort one of our own whose earthly father has been less than perfect.  Years of grief over his abuse, lack of understanding, and selfish ways had taken their toll.   Her heart for this man, that she hoped would love her, was broken.

This precious group of women shared one by one the deep wounds their hearts had also suffered as children and adults.  One friend told about the hurt of never knowing her biological father.   She was the product of her mother’s adulterous relationship; the mother, along with her husband, decided to raise her.   Who knows if it was his resentment of the relationship that produced this dear Sister, or if he was simply a sick man, but the father she knew repeatedly abused her for his own selfish gratification.

Another woman shared how she and her mother were abandoned by her father.  She never knew him, always wondering if he loved her or if he even cared that she was alive.  She wrote him letter after letter while growing up, never once receiving any response.  Her childhood followed a mother through various relationships and no real decent man to call on as “daddy.”

Yet another Sister expressed how she lived the presumed “perfect family life” with a mother and father committed to one another.  Yet her father was a perfectionist and she never felt as though she could measure up and meet his expectations.  She lived through her childhood feeling like an unaccepted failure.

The young woman, who was so hurt by her disappointment in her dad, listened intently to the devastating stories.  You might think that the grief piled up as these women shared, but actually, it was quite the opposite.  What came through each story loud and clear was the nearness of Christ as He met them in their hurt and longing to be loved.  Every daughter has a deep desire (one of these Sisters even described it as desperation) to be loved and valued by a father.  What was learned through the pain of unfilled voids that sought a daddy’s adoration was that their true Father in heaven loved them completely and would heal all their wounds.

These women found that they had to stop counting on mere humans for fulfillment, completion, happiness, love, approval, acceptance, security and so much more.   Instead, they choose to place their full trust and hearts in the hands of Jesus, and they are finally free.   Liberty came at the realization that these dads, as well as everyone else in their lives, would surely disappoint simply because of their human frailty.  Now they are free to accept these men for who they are and what they lacked.  They can love them with the same love that Christ first showed them, with hearts full of grace and forgiveness, no longer burdened with bitterness and hurt.  Moreover, they shared the victory in following the Lord and marrying the men of His choosing, men that are all they could hope for as fathers to their children!

I won’t suggest that all the pain is gone all the time; they never suggested that.  However, when the little things come that remind them of past injuries, and the sting begins to well up, they turn to their true Father who will never leave them or forsake them. (Hebrews 13:5)  They climb into the lap of His love and feel His arms of strength, security, and protection wrap around them.  They are able to rest in the knowing that He alone is their identity, hope, and eternity.  NOTHING can separate them from His love. (Romans 8:38-39, Hebrews 4:16)

I have had my feelings crushed by people in the past, mostly due to poor decisions on my part.  However, my dad was a blessing to me growing up.   I remember him as a leader, a firm disciplinarian with a gentle hand and always a hug, having a genuine interest in everything I did or said…  Allowing me to feel secure in knowing I could always approach him and be lovingly received.   His example is a wonderful reflection of our Father in heaven.  As I listened to these women, I was again reminded of the blessing and gift of my dad, but also, how faithful our Father God is to use all things for good.  God redeemed, for His glory, the deficits in the lives of these women. (Romans 8:28)

Though I might have initially considered these accounts as loss in their lives, nothing could be further from the truth!  Surely it would be loss without faith in Christ, but with Him, even these tragedies worked to build strength, character, and greater faith and hope.  These women have such a sweet and deep reliance and trust in their Lord.  There is a peace of heart grounded in the promise of His approval, acceptance, and devotion to them.  They are filled to overflowing with the joy of being a daughter truly loved and valued. This assurance and confidence in their Father and God is something that many believers seek to know.  So, any loss has become their gain in Christ!  I am so thankful for these sisters, their testimonies, and their willingness to share with us how God has revealed to them who their true Father is!   For them, He is all that matters.  With this in mind, we can all give thanks this Father’s Day for a Daddy’s love that will never fail!

2 Corinthians 6:18 “I will be a Father to you, and you will be My sons and daughters, says the Lord Almighty.”

John 1:12-13 “Yet to all who received Him, to those who believed in His Name, He gave the right to become children of God— children born not of natural descent, nor of human decision or a husband’s will, but born of God.”

Psalm 68:5 “A Father to the fatherless, a defender of widows, is God in His holy dwelling.”

← Are You Speaking To Me?
What Do Women Want? →

3 comments for “Daughters, Dads, and the One True Father”

Welcome!
May your time here be uplifting
and enriching!

You will keep in perfect peace
those whose minds
are stayed on You,
Because they trust in You.
~ Isaiah 26:3

But the wisdom
that is from above
is first pure,
then peaceable, gentle,
willing to yield,
full of mercy and good fruits,
without partiality
and without hypocrisy.
And the seed
whose fruit is righteousness
is sown in peace
by those who make peace.
~ James 3:17-18