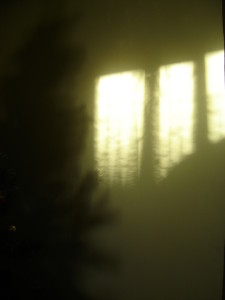 For the past few weeks I have been sidelined with yet another arthritic flare.  It has made it hard to do much but sit with a heating pad.  Among other things to pass the time, I have been watching YouTube videos including those of people filming their children.  With parents from every corner of the world there is the same delight and pride in watching their little ones take their first step, or say their first word, learn some new skill, or be unintentionally funny.  We all love our babies and children and share the complex emotions that come with parenting.

I watch people with their pets.  How open and how sweet people are with their fur babies, and how our interactions with them expose our softer side.  People speaking every language and coming from all cultures act the same: stroking them, letting them climb all over, and nuzzling them with gentleness and love.  It has demonstrated to me that under the skin we humans are all much the same.

I watch home-cooking videos from every culture and find women cooking for their families. The language and dress and foods may be different, but the underlying principle doesn’t change: women universally doing what wives and mothers do.

It is the same everywhere in response to music or in participating in musical events.  In every country we see young audiences enjoying popular music; classical audiences applauding symphonies; church and university choirs singing beautifully in concert; sports patrons shouting out their national anthems with pride and loyalty; flash mobs of choirs or musicians entertaining delighted and surprised passersby.

All over the world, in every culture and ethnicity, we love our families.  We take pride in our countries.  We love our pets and enjoy our food and music and sports activities.  Most of us espouse the same basic human values of familial love and the welfare of the community.  We love our peaceful lives centered around these things.

Many years ago I was driving somewhere and noticed a small black child riding his bicycle.  He was sailing along at a good clip: legs pumping, his shirt billowing out in the breeze he was creating and his face glowing in a huge smile.  He seemed to epitomize “joy”.  He made me smile.  It didn’t matter if his skin color was black, brown, white, or purple; he was just happy in that moment exactly as my own children would be, or any other child anywhere.  It was a universal response ~ a human response.

I have never forgotten that nameless child.  In my sudden awareness of the universality of happiness, he became a symbol of the shame of the invisible walls between “us” and “them” ~ whatever, whenever, and wherever we let them be built.

Some of us have many such walls in our lives.  There is the wall of color or ethnicity.  There is the wall of political difference.  There are the many walls of theological tradition.  There are the walls that divide us of economics, of education, of social class, nationality, history, culture, and language.  We look with suspicion at anyone who seems different from us, although sometimes we try to pretend we have no walls.  Perhaps the perceived need for these walls has been passed down from our ancestors who had to protect themselves from strangers until they could be proven not to be enemies.  For whatever reasons, they exist in various forms and at many levels.  Yet, here we all are together on this small planet, all trying to survive, and sharing far more similarities than differences.

What causes war and violence?  Families in North America, South America, Europe, Africa, Asia, Australia, or the Antarctic ~ we are really much the same under our superficial cultural and ethnic differences.  We are born, we grow up, get whatever education we can, marry and have families, and want to support those families with enough food and shelter so that they can grow up to be decent, caring people like ourselves.  It is the human cycle; the details may vary but the principle is the same.  What then is the problem?

The problem is sin, and sin is spawned in the desire for self to take precedence over everything else.  It is found in selfish pride; in the desire for unlimited power and in the refusal to be submissive to the greater good.  It is found in lust.  It is found in jealousy and envy and greed.  Our sameness also includes the need to have a moral compass.  None of us has the wisdom or the power always to make perfect decisions or to understand all the ramifications of our choices.  We are unable to know the future or even understand all of our past.  We all need to acknowledge and be in submission to the One Who created each of us in His image, and Who holds the past, present, and future in His hands.

The battle in which we are engaged is not just the battle of our own struggles against sin.  It is fought in the heavens: Satan still rebelling against God and fighting for the souls of men.  As believers and followers of Christ, what is to be our position and attitude toward these walls?

I was a very new believer and had been privileged to attend a Christian summer camp for teens in Ontario.  People came to this camp from all over the United States and Canada, and several carloads of young people and their chaperones had come from a large southwestern State. Most of these young people were polite and well-liked and we northerners enjoyed the cultural differences between us.  Unfortunately, a few were not so polite to their host country.  They went into the small city nearby and vandalized a local Catholic cathedral by putting peanut shells in the baptismal font and left anti-Catholic literature in the pews under the pretext of “evangelism”.  They were loud, condescending, and vulgar.  They came back to camp boasting about what they had done.  The rest of us were horrified by their abysmal manners and ignorance of anything beyond their own pinched little cultural bubble.  The worst was when I overheard two of their male chaperones talking and using the “n” word in their conversation about Christians of color in their local church.  As a new believer, and someone who had several friends of color, I was confused and angry.  How did this attitude reflect God’s love?  I immediately put up my own wall of distrust and dislike of anything regarding their State or its people; and it was many years before I was able to overcome this and recognize that it wasn’t the State at fault, but the sin in the heart of those individual young people and the men involved in that conversation.  They had not really understood God’s love; they had totally misread the message.

I had a friend whose children attended a very good local Christian school.  She and her husband happened to be moderate Democrats.  Her small sons were so bullied by the children of the “politically correct” Republican Christians that they were forced to remove their children and send them to other schools.  The administration of the Christian school had done nothing to protect their children or even rebuke the bullies.  Although, in my opinion, American politics are irrelevant to the message of the Gospel (ask a Christian from any other country if American politics is any part of their faith) these children were persecuted by other Christians for their parents’ political views.  How did this reflect the love of Christ?

My point is that many of the walls that presently exist within the Church need to be examined and torn down. For there is neither Jew nor Gentile, slave nor free, male nor female; for you are all one in Christ Jesus. (Galatians 3:28)

Until we get past our self-made differences and recognize the universality of our humanness and need for a Savior, the Church will continue to struggle to be relevant in today’s increasingly small planet.  We have built walls in the American Church which have no business being there.

People need Christ.  All people.  For ALL have sinned and fallen short of the glory of God. (Romans 3:23)  It is our business as self-proclaimed followers and lovers of Christ to reflect the love of God to all of His creation.  He created all of us: black, white, brown, male and female, and even those who are not certain where they fit in.  We are all sinners in need of a Savior.  God’s message transcends all these barriers and walls and says to all of mankind: For God so loved the world that He gave His only begotten Son; that whosoever believes in Him shall not perish, but have everlasting life…  This should be our message and the attitude of our hearts.  We cannot allow our small, petty walls of prejudice and politics and self-righteousness to take precedence over our willingness to tell the world about God’s love.  To paraphrase, our lives speak so loudly that the world cannot hear our words.  If our politics or our prejudices or the world’s values are more important to us than the Message, perhaps we should examine what it is we think we believe and prayerfully ask God for His viewpoint.

← Light in the Darkness
Prophecies of Christ’s Birth ~ revisited →

Love the Lord,
all His godly ones!
The Lord watches over the faithful
But fully repays the one
who acts arrogantly.
Be strong and
let your heart take courage,
All you who wait for the Lord.
~ Psalm 31:23-24

“Do all things without complaining and disputing, that you may become blameless and harmless, children of God without fault in the midst of a crooked and perverse generation, among whom you shine as lights in the world, holding fast the word of life, so that I may rejoice in the day of Christ that I have not run in vain or labored in vain.” — Philippians 2:14-16

For what credit is there if,
when you sin and
are harshly treated,
you endure it with patience?
But if when you do what is right
and suffer for it
you patiently endure it,
this finds favor with God.
For you have been called
for this purpose,
because Christ also
suffered for you,
leaving you an example,
so that you would follow
in His steps,
He who committed no sin,
nor was any deceit
found in His mouth;
and while being abusively insulted,
He did not insult in return;
while suffering,
He did not threaten,
but kept entrusting Himself
to Him who judges righteously;
and He Himself brought our sins
in His body up on the cross,
so that we might die to sin
and live for righteousness;
by His wounds you were healed.
For you were continually
straying like sheep,
but now you have returned
to the Shepherd and
Guardian of your souls.
~ 1 Peter 2:20-25