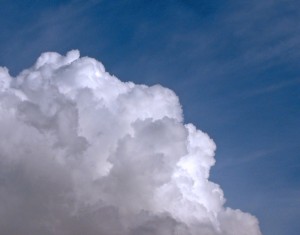 I wrote to you in an earlier post that Christ did not begin to exist at His birth in Bethlehem.  He has always existed; the Godhead Trinity are co-equal, co-eternal, one in essence, nature, power, action, and will; all uncreated, and all three are eternal without beginning.  Jesus Himself told the Jews that “…Truly, truly, I say to you, before Abraham was, I am.”
(John 8:58 NASB), and He said in John 6:62, “What then if you see the Son of Man ascending to where He was before?” (NASB).  Not only does Scripture affirm the pre-existence of Christ, but the earliest leaders of the church, from the Patristics to the Reformers, concluded that Scripture taught that Christ eternally existed with the Father (One of the greatest works being St. Athanasius’ On The Incarnation).  His pre-existence is revealed throughout the Old and New Testaments, the prophets, and by Jesus Himself, which I will discuss all in later posts.  Christ’s divine nature is the very same nature as the Father and the Holy Spirit.  Christ, according to His divine nature is immutable, impassible, and neither lessened nor weakened by the incarnation.1

The pre-existence of Christ is essential to the Incarnation.  If Christ pre-existed eternally with the Father, He was God.  If He did not pre-exist, He could not have been God.  If He is God, He is to be worshiped as God, and the attributes of God should be ascribed to Him.  The complete teaching of Scripture about Jesus Christ is that He was fully human and fully divine. “Although the Word does not explicitly occur in Scripture, the church has used the term Incarnation to refer to the fact that Jesus was God in human flesh.  The Incarnation was the act of God the Son whereby he took to himself a human nature.”2  Scripture implies and assumes that Jesus was God.  The nature of Christ’s pre-existence deals with the nature of His deity.  If Jesus’ birth was His beginning, He was not God, and it negates any idea that He is the Word in the flesh.  He simply could not be God incarnate if He did not pre-exist eternally with the Father. “The world was from the beginning, but the Word was in the beginning.  The Word had a being before the world had a beginning.  He that was in the beginning never began, and therefore was.”3

Another aspect of the nature of His pre-existence is that He is the Second Person of the Trinity.  The implications of this are imperative to His pre-existence.  Christ was not only human, but He also claimed to be equal with God; sharing the very same essence of the Father.  Jesus prayed in John 17:5, “Now, Father, glorify Me together with Yourself, with the glory which I had with You before the world was.”  This is a clear statement by Christ that He existed before the world.  This means Jesus existed before His birth and was as God in nature and attributes.

There are several key events in Scripture that speak to the eternal Second Person of the Trinity.  It is these events that solidify His pre-existence.  We will examine these events in the next post with the appearances of Christ in the Old Testament.