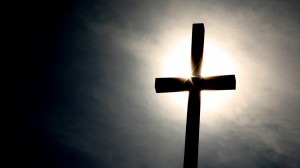 Now in those days a decree went out from Caesar Augustus, that a census be taken of all the inhabited earth.  This was the first census taken while  Quirinius was governor of Syria.  And all the people were on their way to register for the census, each to his own city.  Now Joseph also went up from Galilee, from the city of Nazareth, to Judea, to the city of David which is called Bethlehem, because he was of the house and family of David, in order to register along with Mary, who was betrothed to him, who was with child.

While they were there, the time came for her to give birth.  And she gave birth to her firstborn son; and she wrapped Him in cloths, and laid Him in a manger, because there was no room for them in the inn.

And suddenly there appeared with the angel a multitude of the heavenly army of angels praising God and saying,

When the angels had departed from them into heaven, the shepherds began saying to one another, “Let’s go straight to Bethlehem, then, and see this thing that has happened, which the Lord has made known to us.”  And they came in a hurry and found their way to Mary and Joseph, and the Babe lying in a manger.

Now when they had seen Him, they made widely known the statement which had been told them about this Child.  And all who heard it were amazed about the things which were told them by the shepherds.  But Mary treasured all these things, pondering them in her heart.  And the shepherds went back, glorifying and praising God for all that they had heard and seen, just as had been told them.
~ Luke 2:1-20

This was the true Light that, coming into the world, enlightens every person.  He was in the world, and the world came into being through Him, and yet the world did not know Him.  He came to His own, and His own people did not accept Him.  But as many as received Him, to them He gave the right to become children of God, to those who believe in His name, who were born, not of blood, nor of the will of the flesh, nor of the will of a man, but of God.

And the Word became flesh, and dwelt among us; and we saw His glory, glory as of the only Son from the Father, full of grace and truth…  For of His fullness we have all received, and grace after grace.  For the law was given through Moses, but grace and truth came through Jesus Christ.
~ from John 1

← A Different Christmas…
A Ruler Who Will Shepherd… →

Our hearts are with
and our prayers are
for those who are mourning
in Oxford, Michigan…

“[God’s Supreme Revelation] God, who at various times and in various ways spoke in time past to the fathers by the prophets, has in these last days spoken to us by His Son, whom He has appointed heir of all things, through whom also He made the worlds;” — Hebrews 1:1-2

You are my hiding place;
You keep me from trouble;
You surround me
with songs of deliverance.
Selah

I will instruct you
and teach you
in the way you should go;
I will counsel you
with my loving eye on you.

Do not be like the horse
or the mule,
which have no understanding
but must be controlled
by bit and bridle
or they will not come to you.
Many are the woes of the wicked,
but the Lord’s unfailing love
surrounds the one
who trusts in Him.
Be glad in the Lord and rejoice,
you righteous ones;
And shout for joy,
all you who are upright in heart.
~ Psalm 32:7-11