Apostle Paul wrote a good portion of the New Testament.  He had already faced much controversy and dissension from Jewish leaders when the Lord stood by him and said, “Take courage!  As you have testified about Me in Jerusalem, so you must also testify in Rome.”
~ Acts 23:11

Here are some of the adversities that Paul faced after the charge was given (Acts 23 – 28):

Perhaps Paul had missed it.  Surely he had not heard the directions correctly that he would bear witness of Christ in Rome.  Actually, Paul was right where he was supposed to be even throughout the hardships and turmoil he endured.

Several seasons had passed from the time Paul received instructions that he would speak in Rome to when he actually declared the good news of the gospel in that city.  Yet, Paul remained committed to his assignment in the midst of the uncertainty and adversity he faced.

Where are you headed?  What is your testify in Rome?  What do you know for sure?  Whatever the undertaking ~ don’t quit, don’t abort the mission ~  stay the course.  You will get there. 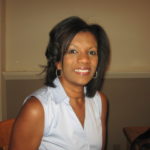 ← Indeed I Have a Beautiful Inheritance
The Blessing of Tears →