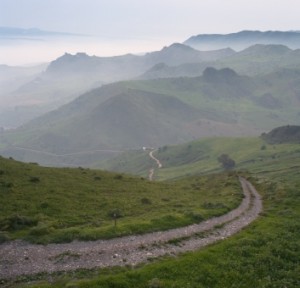 When my son was two, he was diagnosed with severe peanut and tree nut allergies.  We were sternly warned to read every label and not allow him to eat anything made in a nut facility.  When asked if he would outgrow his allergies, our doctor just chuckled.

It was a tad overwhelming at first, but in time we adjusted.  We learned to read labels, consult restaurant managers, and tote epi pens around.  Cupcakes were always on hand for birthday parties and cookies were kept at school for class events.

At age five, he had his second round of testing and reacted even stronger!  We had yet to use the epi pen, so we were told to keep up our efforts, maintain our nut free lifestyle, and come back when he was ten.

He turned ten last October, but honestly, I forgot about taking him to the allergist.  We know the drill; life without nuts is how we roll.  But he woke up last week with mysterious hives and it prompted me to make an appointment. Had he developed new allergies?

We arrived at the office and I told the nurse my concerns were new allergies, so she promptly pricked his back with 48 needles.  She came back ten minutes later and matter-of-factly stated, “Well, he is definitely allergic to dust mites!”

I tried to explain to the nurse that he has a severe peanut/tree nut allergy.  She just laughed and pointed to his back that was showing no reaction WHATSOEVER.  The doctor came in, examined him and very calmly told me something rare had occurred.  He had possibly outgrown some strong, life altering allergies.  He went on to say only one other child in his entire practice had every done this.

We still have to confirm it with an oral test in his office, but could we really not have to be a nut free family anymore??

As all of us in the office were reacting with smiles and looks of baffled joy, I caught a glimpse of my son.  Several emotions were washing over his face at the same time: surprise, confusion and fear.

For as long as he can remember, he had been told nuts would kill him. They would cause his throat to swell and he wouldn’t be able to breathe.  Now, after all these years, he was being asked to willingly put them in his body? And be excited about it?!

Old habits die hard and he has a habit of being afraid of nuts.

We deal with habits, too.  And just like my son, we have created them because we’ve been told to or assumed there was no other choice.  We live with:

Then something happens, and our circumstances change.  We have the opportunity to respond differently, yet we stay put in our old ways of relating, reacting, and responding.  Why is that?

Old habits die hard.  Even when the habits no longer need to exist.

I am learning that having a change in circumstances is not enough.  Just knowing you aren’t allergic anymore to nuts doesn’t make you instantly excited to eat them!  It requires great faith to alter how we live in regard to change.  We need confidence to treat our insecurities differently and courage to respond differently to fear!

It is not about overcoming one situation, relationship, or issue.  It is about creating new habits that move old habits into the foreground.  That requires a daily, dependent dose of faith that has to come from Jesus.  It is also demands we take the Bible at its word.  Do we just say God’s Word can transform our lives or do we believe it?  Especially when it looks impossible?!

Consider these questions.  Do you believe you can…

…love the unlovable, forgive the unforgivable, and believe in the unbelievable? (Matthew 19:26)

The Bible is full of tools and promises for discarding old habits and generating new ones.  But unless we pick up the tools and stand on the promises, they are just words on a page.  Author and pastor Tim Keller says, “Nothing in the Bible is for you to know, but to do.”  Knowing I can face a scary situation, forgive a painful hurt, or overcome a lifelong insecurity does nothing to provide me with courage, love or confidence.

I must take God’s Word and choose to believe it even in the midst of incredible uncertainty.  And I must obey what it says even when my flesh and the world around me screams in contradiction.  Proverbs 16:25 (ESV) states: There is a way that seems right to a man, but its end is the way to death.  I cannot rely on what I think is right.  I can only rely on what I know is right and that is found in God’s Word.

When our actions flow from faith in and obedience to the Bible our old habits slowly evolve into new ones.

We haven’t scheduled the PB&J office party yet.  He is still nervous, and I get his fear.  We both secretly wonder if the test was accurate.  And what if he eats the nuts and is still allergic…?  I feel it, too, as his mom.  We both need courage to live into a freedom that might be available.

Old habits definitely die hard, but I’m confident new ones are worth the effort. 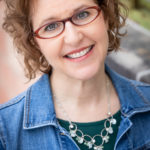 About the Author:
Jen Allee is a speaker and author of the Bible study Release, a six-week study overcoming fear and other areas of enslavement.  You can find out about Release, invite her to speak, and catch up on her Living Intentionally blog at jenallee.com.