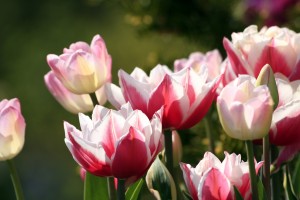 The fear of the Lord
is the beginning of knowledge,
But fools despise
wisdom and instruction.
~ Proverbs 1:7

He who walks with wise men
will be wise,
But the companion of fools
will suffer harm.
~ Prov. 13:20

For the wrath of God is revealed from heaven against all ungodliness and
unrighteousness of men, who suppress the truth in unrighteousness, because what may be known of God is manifest in them, for God has shown it to them.  For since the creation of the world His invisible attributes are clearly seen, being understood by the things that are made, even His eternal power and Godhead, so that they are without excuse, because, although they knew God, they did not glorify Him as God, nor were thankful, but became futile in their thoughts, and their foolish hearts were darkened.  Professing to be wise, they became fools… ~ Romans 1:19-22

For the message of the cross is foolishness to those who are perishing, but to us who are being saved it is the power of God. For it is written:

“I will destroy the wisdom of the wise,
And bring to nothing the understanding of the prudent.”

Where is the wise?  Where is the scribe?  Where is the disputer of this age? Has not God made foolish the wisdom of this world?  For since, in the wisdom of God, the world through wisdom did not know God, it pleased God through the foolishness of the message preached to save those who believe.  For Jews request a sign, and Greeks seek after wisdom; but we preach Christ crucified, to the Jews a stumbling block and to the Greeks foolishness, but to those who are called, both Jews and Greeks, Christ the power of God and the wisdom of God.  Because the foolishness of God is wiser than men, and the weakness of God is stronger than men.

Remind them to be subject to rulers and authorities, to obey, to be ready for every good work, to speak evil of no one, to be peaceable, gentle, showing all humility to all men.
For we ourselves were also once foolish, disobedient, deceived, serving various lusts and pleasures, living in malice and envy, hateful and hating one another.  But when the kindness and the love of God our Savior toward man appeared, not by works of righteousness which we have done, but according to His mercy He saved us, through the washing of regeneration and renewing of the Holy Spirit, whom He poured out on us abundantly through Jesus Christ our Savior, that having been justified by His grace we should become heirs according to the hope of eternal life… But avoid foolish disputes, genealogies, contentions, and strivings about the law; for they are unprofitable and useless. ~ Titus 3:1-7,9

Behold what manner of love the Father has bestowed on us, that we should be called children of God! ~ 1 John 3:1