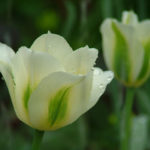 I spoke at a women’s retreat recently and during the lunch break I had a crazy experience. I almost died.

Dramatic, I know, but let me tell you the story.  It’s a short one.  Basically, I tried to swallow a piece of fajita meat and it lodged in my throat.  Right there.  At the table.  I couldn’t get it to go down or come back up.  It just sat there, filling up my airspace. Within seconds, panic was welling up within me.  Two women saw me and leapt to my rescue, but at that moment I finally coughed hard enough to dislodge it.

It doesn’t sound like much, but around the eighth second I wasn’t sure it was going to end well.  I also didn’t know it would be over two seconds later.  When you’re living in the moment, the eighth second can be a turning point for your sanity.

I played it off, nervous chuckles were exchanged, and we resumed eating (me not so much).  On the inside, though, I was shaken.  When I got home from the retreat, I couldn’t stop replaying the experience in my mind.  Before I knew it, I had a panic attack.

Unfortunately, I have a history of anxiety, and panic attacks are not new to me.  They are, however, a thing of the past.  I haven’t had one in years!  But the more I kept reliving those ten seconds, the more I could feel panic washing over me like a wave.  Fear has a way of becoming a personal GIF, replaying over and over again in the mind.

Now, I’m assuming most folks would have responded in similar fashion to choking.  So, I will cut myself some slack for freaking out.  But if I am truly honest, I would admit that fear is a continual battle for me.  I don’t mean wildly terrorizing experiences.  I mean the everyday, runof-the-mill variety that pops up randomly.

You see, I get scared easily.  It doesn’t take much for me to worry, and I have an overactive imagination that errs on the side of doom and gloom.  Think Chicken Little mixed with a touch of Eeyore.  It’s not a great combo.  I may appear calm on the outside, but, more often than not, a battle is waging on the inside.  I find myself constantly assessing and sizing up situations in an attempt to chase away any unease I feel creeping up.

And I have a long list of fears!  Ranging from back pain to parental failure to having metal fly through the windshield while I am driving. (Yes, someone once told me of a metal pipe flying off a truck bed, crashing through a windshield, leaving the driver with permanent, massive facial damage.)

Thankfully, John 10 speaks to our fears and even identifies where they come from.  It states that the enemy is a thief who intentionally desires to steal, kill and destroy our lives (v. 10).  In that chapter, Jesus likened us to sheep and explained that sheep distinguish the Shepherd from the thief by their voices.  Speaking first of the Shepherd He says, “his sheep follow him because they know his voice.  But the sheep will never follow a stranger, in fact, they will run away from him because they do not recognize a stranger’s voice.” (John 10:5)  Now, you may be thinking, I recognize the voice of the thief!  I have followed him many times!  So, what does this verse mean?  The context of this passage helps us tremendously.

A man had just been healed of blindness and the Pharisees were skeptical.  Jesus hinted at their lack of faith and they took offense. (John 9)  Jesus responded with the analogy of the sheep, the Shepherd, and the thief.  The sheep who hear the Shepherd’s voice recognize it because they have trusted He is the Son of God.  They believe He is leading them toward life, and they are ready to follow Him.  Conversely, they know the thief is leading them toward destruction, so they run from him.  The Pharisees did not believe in Jesus as the Messiah and therefore could not hear Him calling, even though He was calling them by name. (John 10:3)

No other voice will do once THE voice has been heard, but that voice cannot be heard without faith.  The enemy’s voice, however, can always be heard.

So, yes, we can still hear the enemy, but we must tune our hearts to only listen to the voice worth following.  How do we do that?

Fear can roar and reverberate.  If it’s the most prominent voice in your life, you will cower to it.  Therefore, you have to elevate God’s voice above it.  My favorite strategy is to sit in my backyard as the sun is rising.  I hear the rumble of trucks and car doors closing, but I also hear a variety of birds calling out, squirrels scrambling up trees, and leaves rustling in the wind.  The longer I sit, the louder creation becomes.  And the louder creation becomes, the more aware I am of my Creator.

When I can’t get to my backyard, I use my favorite scripture (Psalm 91:1-2), listen to a worship song, or just get on my knees and beg for Him to drown out the deafening sounds.  It never fails.  When I intentionally quiet my heart to hear His voice, fear fades into a dull, white noise.

We have to silence our lives in order to hear His voice, but when we do, He rises above even the loudest of scares.  What is screaming in front of us can quickly become a whisper from behind when we choose to tune it out.  Fear does not own us.  It is not our master and we are not required to listen to it.

Today, all of us have a choice.  We may not be able to silence fear in our lives, but we can definitely turn the volume down.  Whose voice are you listening to today?

Jen Allee is a speaker and author of the Bible study Release, a six-week study overcoming fear and other areas of enslavement. You can find out about Release, invite her to speak and catch up on her Living Intentionally blog at jenallee.com.