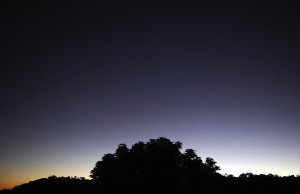 The rain as it falls on a hot pavement, fresh cut grass, and the pages of a new book opened for the first time.  These are my youngest granddaughter’s favorite smells, fragrances.  She had just listed them for me as we were “out” doing a little premature fourteenth birthday shopping.  We chatted in a casual way as we traveled to the next town to find the store we were looking for.  I loved her aroma choices; so, I decided to be silent about mine: bread baking, cookies baking, and roast pork baking.

Suddenly, the subject changed and we were discussing something she had seen on the television, a program about a mother forgiving a man of killing her child; I don’t know if it was by accident or murder, but she forgave him.  My granddaughter said, “That would be such a hard thing to do, don’t you think?”

We had arrived at a teachable moment, “Please Lord,” was my prayer, “don’t let me mess this up.”  I ventured, “You know, Sweetie, there are several things forgiveness is not:  it is not a feeling, it is not forgetting, and it is not often easy.  What it is is a choice, ‘I choose to forgive you.’  It becomes a matter of your will, a discipline.”

I was on a roll; my words continued to flow, “When a person chooses not forgive, a part of their heart becomes hard and the sharp edges of anger jabs at them, and the pain becomes even greater.  They are in danger of tumbling into bitterness, and when they do, everything changes.  So much life is wasted with the tendency to pick at the hurt, like a child with a giant scab.  It becomes an obsession; they never leave it alone, and almost seem to enjoy the pain, as if it is their duty to keep tightly wrapped in a biting throbbing ache.  It causes a soul sickness.

“Refusing to forgive causes the joy of life to shrivel; it takes our eyes off Jesus, and His purposes for us.  It makes it easy for us to hate, and that is sin.”  I had her complete attention, so I continued on, “Hate and bitterness turn inward, and we are the ones consumed by fires of loathing.  We’ve been hurt once; why do we allow ourselves to hurt twice?”

I took a quick glance at her and there was consternation in her eyes. “So hard, not easy… I think it would take a lot of prayer; could you do it?” she asked.

“Oh I have.” I said, “Many smaller things and a couple of ‘biggies; not like death of course, but things that could kill the spirit if I let them.  To forgive is nothing I could ever do by myself; I have to rely on God.  You know, after a time it is as though all the sting of those unforgivable things just fade away, and they become neutral or something.  I remembered, but they don’t hurt me anymore.  I am free.”

“I guess” she said, “for our own sakes we must forgive.  We’re supposed to grow more and more like Jesus, and He forgave while He was dying.  God forgives us all the time.  Still…”

I echoed, “Yes, still… it is easy to talk about, but the act is His accomplishment!  As we choose to do the right thing, He pours His steel in us, and strengthens our resolve to accomplish something almost supernatural ~ forgiveness.”

We reached the strip mall; the shopping was on.  I was happy with the outcome of our conversation; I think it “took!”  Suddenly, this youngest of my grandchildren grabbed my hand, leaned her head on my arm, and very softly said, “I’ll never forgive you; I’ll never have to ~ the need just won’t come up.”

Ah, the honey that comes out of the mouths of teenage girls when they are working their Grandmothers!  I returned her hug.

However, Sweetie, although you may not be aware; I forgive you!

Colossians 3:12-13
God loves you and has chosen you as his own special people.  So be gentle, kind, humble, meek, and patient.  Put up with each other, and forgive anyone who does you wrong, just as Christ has forgiven you.
Contemporary English Version (CEV)

{Editor’s note: this article was originally posted in 2012}

← Memorial Day ~ Lest we forget…
Seeking the Things Above →

Welcome!
May your time here be uplifting
and enriching!

You will keep in perfect peace
those whose minds
are stayed on You,
Because they trust in You.
~ Isaiah 26:3

But the wisdom
that is from above
is first pure,
then peaceable, gentle,
willing to yield,
full of mercy and good fruits,
without partiality
and without hypocrisy.
And the seed
whose fruit is righteousness
is sown in peace
by those who make peace.
~ James 3:17-18