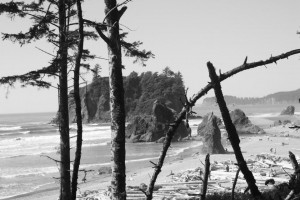 Recently I read about a sad situation in which some brothers refused to believe that their father had committed a crime for which he had been convicted.  They chose to believe, “He is our Dad.  He wouldn’t do anything wrong”.  They were mistaking blind faith for love.  They are not the same.

Blind faith in anything except God can be a dangerous thing.  We can have blind faith in God because He is, by definition, ultimate Truth.  God is the only One incapable of deception, whereas everything earthly can be distorted by the limitations of our humanity.  I should not blindly follow any personality, any secular idea, any political scheme.  Our faith should be in the Lord Who said,
“I am the way, the truth and the life.” (John 14:6)  The concept of unquestioning loyalty to anyone or anything other than God suggests idolatry… and we know how He feels about that.

Ideally, in our form of government we try to elect men and women of honor whose job it is to represent, intelligently and faithfully, the best interests of the people of their districts and the country as a whole.  In the past we have elected them in a sincere hope that they have the wisdom, training, and integrity to do this.  However, it now appears that to many, party loyalty and self-interest have become more important than the inclusive welfare of all the people.  Truth has apparently become whatever is expedient for the moment.  We have become so divided that no compromise is possible ~ and effective governance needs compromise or nothing can get done.  Instead of cautious mutual respect, there is mean-spirited spitefulness and an increasing lack of civility.  The government simply keeps spinning its wheels because of personal and political expediency and the stubborn pride and closed ears of those on both sides.  It is like watching two children fight: standing on opposite sides and shouting nasty names at each other.  There is no genuine dialogue; there is no acceptance that good people may disagree on what is best for the country.  Instead, we choose to demonize anyone who doesn’t agree with us.  Unfortunately, until those elected to govern this country can grow up and stop the blame/name calling and actually put in some hard bi-partisan compromise, we will continue to grow weaker until we simply implode.

It is only in recent decades that American Christians have become political beings who have thrust themselves into the middle of this situation.  In spite of Christ’s admonition to render to Caesar the things that are Caesar’s and to God the things that are God’s, they try to mingle the two and almost insist on blind faith in certain political positions and people as a test of faith.  This is both short-sighted and narrow-minded.  You can be a Democrat and still be pro-life.  You can be a Republican and not want unlimited civilian access to assault weapons.  Somehow I suspect that in the eyes of God our identity as Christian should transcend American politics.  The arguments and divisions which have arisen between believers in the past few months over politics are not honoring to the Lord.  They are certainly not very persuasive evidence of how being a Christian makes us more objective and compassionate.  Christians need to recognize that there is a difference between voting your conscience and the extremism of extending our secular loyalties to a position of blind faith.

We know that humans are easily led.  We have had enough experience with secular advertising and political propaganda and official explanations of military disasters to know that truth is often extremely elusive.  Yet, it seems to me that any sensible person would want to know the Truth even if that means letting go of some cherished beliefs and traditions.  It is intellectual laziness and naiveté just to accept whatever someone tells me is truth.  I owe it to myself and to the truth to look open-mindedly at claims and history on every side and assess what is there before I believe anything.  Good science is based on evidence.  You start with an idea, a theory ~ and then you test out that theory with experiments and impartial observation.  You collect data, and in the end you come to a conclusion based on the data.  It would be foolish to start with a conclusion and then look only for data which proves your idea, ignoring all other information.

Having once taken a position, to abandon that position and admit we might have been wrong is very humbling, but He expects us to use our powers of discernment and also our sense of justice.  To take a position of blind faith against proven evidence is a denial of the intelligence which God gave us.  It is our job to question, to keep a searching and open mind ~ even when listening to those with whom we generally agree!  We often renege on this responsibility because it is easier not to have to do the work of questioning and too painful to admit we might have been wrong.

This also applies to our faith in general.  What we should be looking for in both our spiritual and secular lives is Truth.  We should make the assumption that there is always more to learn.  We shouldn’t be afraid of seeking the truth, because if we find real truth God will be in it.  God tells us to “test the spirits whether they are of God; because many false prophets have gone out into the world.” (I John. 4:1)

There are many ways to be self-serving through denial and blind faith.  Although we read our Bibles and verbally claim faith, we sometimes live as though we had never heard of the principles of self-discipline and submission found in the Scripture.  We are told to love one another, yet we sit in angry judgment on those with whom we disagree.  We claim we love the Lord, yet many of us have secrets in our lives which go against His teachings.  Many of us may live outwardly faithful lives, yet our inner lives are driven by spiritual pride or a love of power or other spiritual sins.

We need to be open to change.  I have had to jettison many spiritual and secular ideas as I have aged because I realized that many of my former ideas were rooted in the inexperience and overconfidence of youth.  We all learn through experience and open-minded observation.  If you are asked the meaning of grace at seventy, the answer probably will be very different than if asked at twenty.

Blind faith has a partner called dogmatism.  The chief characteristics of dogmatism appear as legalism and a lack of grace.  It is so much easier to follow rules blindly than to live in the experimental free fall of grace.  Even if the rules are rooted in Godly principles, the danger is that we choose to live lives of black and white instead of recognizing that most of life is actually composed of many grey areas.  When dealing with these grey areas, we often apply “rules” rather than grace.  It is the easy way out.  We become judge and jury instead of neutral advocates for the love of God.  However, we are not called to judge others; merely to reflect the same Savior Who forgave us our own sin and Who brings peace and meaning to our lives.

We need to distinguish between those things we do because they are the specific scripturally expressed will of God and those things we do because they are traditional and/or our own interpretations of scripture.  It may be that many of our traditions are irrelevant to a life lived in the grace of God.  Blind faith or dogmatism about these traditions/preferences can be genuine obstacles to spiritual growth.

Millions of believers struggle every day to find the balance between idealism and practicality.  We want to be loving and caring representatives of Christ in a challenging world; quietly going about the business of ministering to those around us in whatever way is appropriate.  If we choose to be rigid and unyielding in spirit, then we may miss opportunities.  If we browbeat those around us by demanding that they live according to our ideas of what it means to be a Christian, we may be acting from ego rather than love.  It is important that we understand the difference.  If our blind faith in ourselves is so strong that it cannot allow us to admit that we may have been wrong in the past or that there is something new to be learned, how can we be open to the ongoing instruction of the Holy Spirit?

The role of the Christian is not to politicize faith and form a theocracy on earth.  God already has set His plans in motion, and He will bring on the Millennium in His own time and way.  Better for us to put our primary energies into bearing witness to the love of God by way of the Gospel than to weaken our testimony with futile blind faith in any human system or personality, including ourselves.