A Meditation for Veteran’s Day

As we approach November 11, it is appropriate for us to take a thoughtful moment to remember our Veterans.  On Memorial Day, at the end of May, we remember and honor all those who have died in the service of our country.  On Veterans Day, we remember and honor all those brave men and women who have ever served in the military, alive and dead, through all our wars and peacetime also.  They sacrifice in many ways, and often their sacrifice (and that of their families) is not understood or appreciated.  We prayerfully give thanks for them and their service in seeking to establish and preserve peace in many places around the world throughout the history of our country.

This year, 2014, marks 100 years since the beginning of World War I (1914-1918).  Those of us who are older remember when November 11 wasn’t Veteran’s Day, but Armistice Day.  It was the day set aside to remember the anniversary of the end of World War I, that “war to end all wars”, in which, worldwide, there were approximately 10 million military deaths, 7 million civilian deaths, and 20 million wounded.  Although we came into the war late (not until 1917), the United States still lost approximately 204,000 men in those two years. 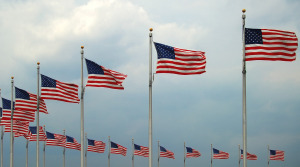 As time went on, we came to think not as much about the end of the war as the cost of human life and the sacrifice of those who served.  Currently in London there is a memorial composed of deep red poppies which have been placed in the moat at the Tower of London.  Each poppy represents the death of a British soldier in World War I.  The U.K alone lost over 890,000 people in that war, and the flow of poppies spreads out from the wall of the Tower like a huge blood-red river of death.  It is deeply moving and sobering. 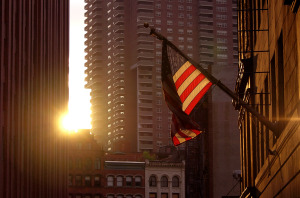 These numbers are so huge they may slide over our de-sensitized minds without making a dent.  Yet, in terms of human suffering, they are infinitely overwhelming.  Each casualty represents a family tragedy: the loss of a family member who was loved and needed and mourned.  The wounded came home alive, but often shattered beyond belief; faces shot half off, amputated limbs, horrible belly wounds which left life-long disability, head wounds causing loss of sight or speech or cognitive ability; many suffering post-traumatic stress disorder which might never get better.  All of these things were repeated in World War II, the Korean War, the Vietnam War and today in the Middle East.  This does not even count the almost endless small wars around the world.

I can’t believe there is any sane human being who doesn’t hate war ~ yet such is the nature of man that throughout the history of humankind there have been wars and the loss of generations of young men (and women) who were trying to defend every cause known to man.  God even directed His people to wage war when they entered the Promised Land so as to purify the Land.  The human rationalization for inciting war over the centuries has run the gamut from idealistic altruism (sometimes misdirected) to pure greed and outright evil.  War is not always noble, but the lives of most of these rank and file warriors are almost always honorable because they fought out of loyalty to their countries or in respect of the law, even if they personally did not always agree with the reasons they were at war.

I had an uncle who fought in World War II and the Korean War.  He committed suicide ten years after his war experience, and I always think if him as a casualty of war.  He did not join up as a bold, mature man making a deliberate choice; he was a shy, quiet and unassuming 18 year old boy who, when he was drafted, did as he was asked.  He was not a gung-ho, hard-charging warrior; he was often silently frightened, and after the war his dreams sometimes betrayed him in that he would wake up screaming and shaking.  Yet, he was awarded two battle stars for bravery.  He would not wear them, and after his discharge, he put them away where he would not see them.  They were a reminder to him of the horror and waste and senselessness of much of what war can be. 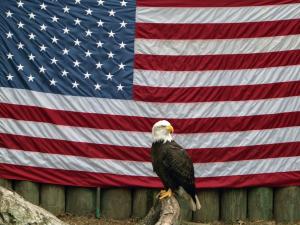 Today we are being drawn once again toward another bloody and horrific situation in the Middle East.  I am glad I am not one of those who has to make a decision about whether or not to send ground troops in the fight against ISIS.  Yet, whatever is asked, our young people will do.  I have a great-nephew who has already fought in Afghanistan and since coming home has been in law school, preparing to take up a profession which will help people.  Yet, he is now being called upon to go back to the Middle East in an advisory capacity, leaving his young wife behind once again, and not knowing if he will be able to take up where he left off, when and if he is able to return to the States.  He will do what is necessary.  We need to pray faithfully for wisdom for our leaders, and protection for our troops

I do not understand war.  It has usually appeared to me to be precipitated by men whose lives were fully driven by greed or ego.  Our own Revolutionary War was precipitated by a British ruler who desperately needed money and ignored the inherent rights of the colonists.  Our Civil War, while it eventually delivered the Emancipation Proclamation, was initially an economic issue.  It was a case of rich cotton plantation owners hoping to expand their businesses (along with the slavery which provided cheap labor) into new territories.  They were pitted against the industrialized north, which also coveted the new space created by expansion.  In my time the madmen Hitler and Stalin were driven by an ego-maniacal lust for power.

The current “religious” war of ISIS is another example.  It is less genuine religion than an egocentric desire to forcibly impose their will on others.  As a Christian I know you cannot make a person “religious” through external means.  Religion, to be real, is always based on what is in the heart.  One might be externally “converted” by force, but what is in the heart will not be quenched by military orders.  I worked for several years for an organization which ministered to Arabic-speaking Christians.  These folks were often heroes, whose families rejected them and who were sometimes in mortal danger for their faith.  They knew what they believed, and no amount of coercion would make them renounce their faith in Christ.  We see this now all over the world, where the Persecuted Church is standing firm. They know that death is not the end, and are prepared to suffer torture and death for the sake of their faith.

God knows His own, and He is still in charge; He has allowed various wars to demonstrate many things to people, and to move the world toward its inevitable end, which He has foreknown from before the foundations of the world.  It is a good thing that He is in charge.  I am forced once again to trust His better knowledge and in His impeccable justice.  For His own reasons He has allowed all these things to happen over the centuries, and I, for one, don’t feel competent to question either His motivation or His wisdom.  At present, in spite of man’s sin, He continues to hold out His offer of salvation and spiritual peace to all who will accept His Son.

As I stop and think about all these puzzling things, floods of memories come unbidden into my head. They help me recall what is really the bottom line of war.  It is not wealth or glory.  I see in my mind’s eye the acres and acres of pristine white crosses in Flanders Field, their snowy purity temporarily blotting out awareness of the human devastation that lies beneath them.  I see the old battlefield at Gettysburg, and the primitive photographs of broken bodies strewn across the Pennsylvania meadows.  I remember the slow march of the soldiers guarding the Tomb of the Unknowns and consider the agony of families who will never have closure for their lost loved ones.  I hear in my head the desolate, rhythmic toll of the drums as they accompanied the body of JFK, representing the honor which should be conferred to all those who have given their lives for their country. 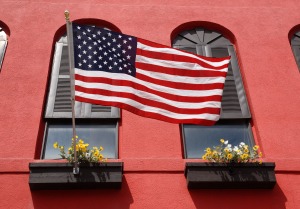 Most of all I hear the mournful sound of Taps; that sweet, somber, single voice which breathes our sorrow so eloquently into the air; summoning us to be still and humbly offering respect for the soul of someone who has left this earth.  As the bugle sounds so slowly and poignantly, I remember the words to this song of remembrance which I learned as a child, and claim God’s mercy that what they promise is true”

“Day is done; Gone the sun ~ from the lakes, from the hills, from the sky.  All is well, safely rest; God is nigh.”

May God bless our military, our Veterans and their families. 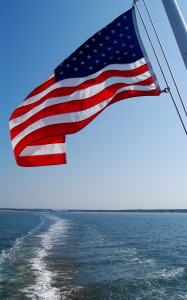