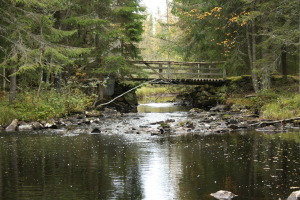 Prince of Peace, Isaiah called Him, when he foretold the Savior’s birth.  And, to us, that Prince-of-Peace-Savior says this in Matthew 5:9  “Blessed are the peacemakers, for they shall be called the children of God.”

It’s defined as a state of tranquility and quiet, freedom from disturbance, a state of agreement.  Peace is freedom from oppressive thoughts or emotions.  It is harmony in relationships.  It is the end of hostilities.

A simple, one-syllable word can mean so much, can be so

When sin governed us, making our minds hostile to God, we were unable to please Him (Romans 8:7-8) and we were powerless to set ourselves free.  So the Father acted, reached out to us and reconciled us to Himself through the Son.  In Christ Jesus you who once were far away have been brought near by the blood of Christ. (Ephesians 2:13)

Yes, it was Jesus who made peace ~ for us ~ through His blood, shed on the cross. (Colossians 1:20)  The work of the devil was destroyed… the power of sin to hold us captive was broken.  Because of His sacrifice, we are given a mind governed by the Spirit of God, which is life and peace. (Romans 8:6)

It’s a peace only possible because of love.

See what great love the Father has lavished on us, that we should be called the children of God! (1 John 3:1)

The Greek word for children here is teknon, which means offspring.  We, who have forgiveness of our sins because of His grace and love, have become adopted children ~ sons and daughters ~ of the Father.

But when Jesus says, “Blessed are the peacemakers, for they shall be called the children of God”, the word children is not just a biological reference.  The original Greek in this verse ~ huios ~ identifies someone who displays the character of the parent.  Strong’s Concordance says this to define huios: “in character and life resemble God, those who are governed by the Spirit of God”.

The difference between teknon and huios, simply, is the difference between knowing that I am my father’s daughter because his DNA resides in this physical body and knowing that I am my father’s daughter because of my love for music, my cheese-ball sense of humor, my need for list-making.  I not only bear witness to him because of the basic fact of biology, but because I bear some of his characteristics.  I carry on some of his passions.  I say things to my children because he said them to me.  I am like him.

So when it comes to being known as our Father’s children ~ as being like Him ~ must have the mindset of Jesus, for He was the image of the invisible God. (Colossians 1:15)

In all of our relationships ~ whether personal, within the body of Christ, or with those who don’t know Him ~ if we want to “in character and life resemble God”, we must live as Christ told us to live (Whoever claims to live in Him must live as Jesus did. ~ 1 John 2:6) and we must love as He loved (Dear friends, let us love one another, for love comes from God.  Everyone who loves has been born of God and knows God. ~ 1 John 4:7).

We are so used to hearing about loving others as Christ loved us.  It is easy to throw it into our conversations, a calling we know by heart.

Yet do we sometimes forget what it actually meant for Christ to love us enough to be our Prince of Peace?

This is how He loves us: humbly, wholly, holding nothing back ~ not even His life.  Christ ~ who, being in very nature God, did not consider equality with God something to be used to His own advantage; rather, He made Himself nothing by taking the very nature of a servant, being made in human likeness.  And being found in appearance as a man, He humbled Himself by becoming obedient to death ~ even death on a cross! (Philippians 2:6-8)

Years later, John says it plain after he witnesses his friend and teacher’s life… and His crucifixion ~ This is how we know what love is: Jesus Christ laid down His life for us. (1 John 3:16)

This peace did not come easy.  It came with whips and mockery, suffering and loneliness, rejection and pain.  It came with submission and sorrow, thirst and self-denial.  It came through His death.

He was despised and rejected by mankind, a man of suffering, and familiar with pain.  Like one from whom people hid their faces He was despised, and we held Him in low esteem.  Surely He took up our pain and bore our suffering… He was pierced for our transgressions, He was crushed for our iniquities; the punishment that brought us peace was on Him, and by His wounds we are healed. ~ Isaiah 53:3-5

This is peacemaking that came with the highest cost.

Yet we find it so discouraging when we find that peace doesn’t come easy with the people in our lives, with brothers and sisters in Christ, with the world.  We are surprised by the price it might require of us.  Maybe, sometimes, we can even forget that we are supposed to pursue peace.

Do we forget how much it was worth to Him?