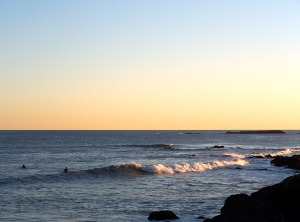 One of the hardest things I have had to learn in my life as a Christian is forgiveness.  I am still working on it, and I expect to be working on it until I am taken Home…..

When I think I have been wronged my instinctive response is to become defensive and angry, and my feelings toward my enemy are not always merciful.  It is almost impossible not to hold subtle grudges, even if I can mask them well.  While I may understand forgiveness intellectually, emotions are much harder to manage.

Why do I think it is important?  I realize that my initial response of anger is often based in pride.  Over time I have recognized that pride and self-will are the underlying sins which separated us from God in the first place.  I have been trying to learn and internalize the fact that impeccably pure justice will be meted out eventually by the Father.  In the meantime, He tells me to forgive just as I have been forgiven.  The principle of forgiveness is core to the Gospel.  If I look at how the Lord handled injustice, I must also see that I am not following His example very well.

We are told not only to forgive our enemies, but to love them and pray for them.  I must confess that early in my spiritual life when I thought about this my first response was, “Are You serious?”  However, over time I have come to see His wisdom.  Although I have willfully disobeyed Him at times by stubbornly refusing to give up certain feelings and attitudes, God has consistently offered me forgiveness and grace when I have repented and asked forgiveness.  Since I have been reconciled to God by His grace, I need to learn to reflect that grace to others, in love.

Under the Law, God’s children were encouraged to ask forgiveness from those whom they had wounded.  Christ’s teachings complete the equation by telling us also to forgive those who have wounded us.  We were God’s enemies, yet He forgives us, not on the basis of our own worth, but on the basis of Christ’s righteousness which He credits to us.  In following Christ in grace we are called to forgive those who have sinned against us, just as we have been forgiven by God.  We see this in the prayer which Christ gave to the Apostles as a model of how to pray: “Forgive us our sins as we forgive those who sin against us.”

Forgiveness is not easy ~ but this act of submission to Christ’s direction is part of our education in learning humility.  It is not enough just to go through the motions.  If we genuinely want to be God’s people, we are told to imitate the holiness and purity of character that was found in Jesus.  Our ultimate goal as Christians is to be transformed into His image.  In consistently choosing to be obedient to God we will slowly be developing His character and dignity.  He asked the Father to forgive even those who were brutalizing and killing Him on the Cross and this may indicate the parameters of forgiveness that we are to offer to our enemies.

God’s forgiveness toward us always aims toward reconciliation. Although for most of us being able to forgive enemies at all is a major victory, finding forgiveness in ourselves is not really the final goal. Forgiveness is merely a part of the path and process by which we also may develop the fruit of the spirit and be transformed into the image of Christ.

In practice, however, I find that genuine forgiveness is a real challenge.  I want to forgive; yet sometimes the pain of a relationship has been so deep that no matter how hard I try in my own strength, there remains a deep core of pain.  Over and over I have struggled to forgive, and have believed at various times that I had conquered my anger and bitterness completely.  Then, some small incident will trigger memories and I find myself with a bitter thought, or a tiny sense of malice.  It is then that I must approach the mercy seat once again and confess that I have been unable to release my anger completely.  Forgiveness appears to be something I need to learn over and over, at deeper and deeper levels, like trust.

Somehow I must learn how to separate the pain from the act of forgiveness; accepting the pain as a part of the learning process of life, yet letting go of my anger and sorrow toward the person who has hurt me.  I always need God’s ongoing strength to do this.

One of the most powerful attributes of forgiveness is in its power to heal.  It may not affect the person I am forgiving who might unrepentantly have moved on.  However, it has the power to heal me.  The stronger my anger, the more power I give to the person who has hurt me, even though they may be completely oblivious to my feelings.  However, when I can truly release that anger, it lifts the burden of bad feeling off my shoulders, and I am finally free.

I have spent many years struggling with hard situations and negative emotions and finally I have learned that the opposite of love is not hatred; it is indifference or irrelevance.  I need to find my way to the place where what my enemy says or does simply doesn’t influence me negatively anymore. That is freedom.  As long as this person can still upset me, I continue to be in chains.  Once I can genuinely forgive and really let go, I can move forward without continuing to be tethered to my old knee-jerk responses of anger and frustration.

Praying for my enemies actually helps me to forgive them.  It is important to note that my prayers for my enemy are not to be just a self-satisfied plea for God to change them and open their eyes to their own faults.  I am not to sit in judgment on them, congratulating myself on my superior attitude. I must also pray for a radical change in me; that I may learn true forgiveness and see others through the compassionate eyes of Christ.  Through prayer God begins to help me understand the pain that person may have gone through in his or her life; why they may be the way they are.  The more I understand that they are human just like me, and that anger or unpleasantness almost always has its primary root in fear of some kind, I am better able to empathize and see them in a more compassionate light.  Some things are almost impossible to forgive or forget, but understanding our mutual brokenness may help.

I am awed when I realize how God’s instructions to us are always designed to bring us toward centeredness.  I have struggled with countless situations which have had the potential to sour my outlook or make me bitter and rigid, and sometimes I have succumbed.  Yet, over and over I have seen how the scriptures will always instruct me toward attitudes and perspectives which create spiritual and emotional health.  God knows His creatures.

There can be danger in too much introspection, but it is one way of letting our minds be renewed and transformed.  I need to recognize and abandon ancient attitudes and inner scripts which are keeping me from moving forward.  I need to see things from the place where I am now; not continue to see things through the memory of a five year old child or an unformed adolescent. Looking prayerfully inward (I hope with honesty) I have often been able to recognize which ideas need to abandoned.  It can be how I go about “forgetting those things which are behind and reaching forward to those things which are ahead.” (Philippians 3:13)

There is a helpful way to introspect.  It involves prayer and an openness of mind and spirit to accept what God may reveal to us ~ even the hard things about ourselves which we may not want to recognize.  Prayerful self-examination is a very different thing from being obsessively occupied with self, holding tightly to old pain and reacting defensively.  One takes us toward spiritual health, the other toward narcissism.

Without any introspection, how do we know those things we need to confess to the Lord?  We need to be willing to be humbled, to let go of our pride and refusal to acknowledge our own faults.  He reminds us of how much we have been forgiven.  He helps us recall the extent of His mercy and grace toward us and move toward forgiving others.  We each go about this journey of faith in our own way, but no matter which way He takes us, forgiveness is one of those eternal principles which will bring us all closer to being like Jesus.

← When Life is Not all You Wanted it to Be…
A Well of Experience: The Introduction Part 2 →