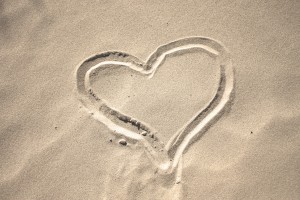 If you’ve read Alice in Wonderland or have seen the movie, you know how the Red Queen had nooooo mercy for the hungry frog in her court that stole a tart from her.  He was doomed  ~ “off with his head!”  ~ the second he reached out and took that tart.

Mercy is defined by good old Webster as kind and compassionate treatment, a disposition to be forgiving.

Everything the Red Queen is not.

Everything our King is.

When it comes to the character of God, we know that He is Holy… with His holiness comes justice… and with His justice, there is mercy.  Justice demanded a fair payment for the sin in the world ~ mercy gave us a King who would die on a cross in our place.

I love the events of John 8.  The Pharisees were a religious group constantly testing Jesus.  In this particular incident, they brought a woman to Jesus who had just been caught in an act of adultery.  The law required that she be put to death, and these men wanted to know what Jesus would have to say about her: “Master,” they said, “the law commands that such should be stoned, but what do you say?”

They figured that, whatever answer He gave, they’d be able to accuse Him of something ~ either not upholding the law or not upholding it in the proper way.

They forgot to consider His character.

Who knows what He was writing?  The Bible doesn’t specify, but considering what happened next, I think He might have been writing out their sins in the sand.  Their own shame may have stared them in the face  because the Bible says that they were each convicted by their own conscience and, one by one, from the oldest to the youngest in the crowd ~ they left.

Now put yourself in the place of that woman.  She must have been sure that she was going to die that day.  I wonder what was going through her mind when Jesus spoke those words… He who has no sin, throw the first stone. S he must have been astonished that Jesus did not immediately judge her and find her guilty.  Then, as the men left, I wonder if she felt joy or if she was still afraid….

When Jesus looked up and saw that the crowd was gone, he spoke to her. “Woman,” he said, “where are your accusers?  Has no man condemned you?”

Jesus then said those words of mercy that He says to each of His redeemed children ~ “Neither do I condemn you.  Go, and sin no more.”

…and neither do we.  That’s the crazy awesome world-turning kind of love our King has for us ~ He forgives us when we are in the wrong. 1 John 1:9 says “If we confess our sins, he is faithful and just to forgive us our sins, and to cleanse us from all unrighteousness.”

You saw the Red Queen.  All she cared about was that frog’s guilt.

When I think about my life and all the wrong I’ve done, I am so grateful that my God is one of love and compassion… I am so overwhelmed by the mercy He shows me each day… without His forgiveness, I’d be consumed by guilt.  I’d be separated from His peace and the joy He offers.  Plain and simple ~ I’d be lost.

If you’ve experienced this mercy for yourself, find a way to thank Him for it today.  If you haven’t, go to Him.

The adulteress was put in the hands of Jesus and she received a second chance at life.

← What Really Matters
Wisdom From a Farmer →