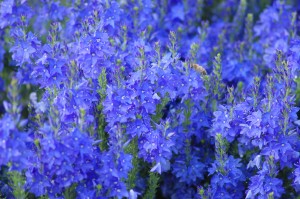 A little boy, only five years old, went home to be with the Lord this week.  He was a handsome, bright little boy; inquisitive, funny ~ with a loving and patient nature.  His name was Ben Sauer, and he lived with his Mom and Dad, twin brother and little sister just outside Buffalo, NY.  Not long ago Ben was getting bad headaches, and after the doctors finished with all their tests it was established that he had a particularly nasty and virulent brain cancer.

I heard about him because some of his extended family go to my church, and we were asked to pray for Ben and his family.  As a mother I was deeply touched by his story.  I could not help but wonder how I would have handled it if it had happened in my family all those years ago when my children were small.  His mom was writing a blog about the family’s experiences and feelings as the illness progressed, and because I wanted to pray intelligently I began reading it.  I was deeply moved by the tension between her own grief as a parent, and the absolute faith she had in God to be with them through it all.

Often I found myself in tears as I read.  Who could not identify with her pain as she watched her darling child gradually get weaker and weaker?  She ministered to his needs behind a serene mask (for his sake) yet in the knowledge that, unless the Lord granted a miracle, she and her husband were going to lose their precious child.  People prayed for that miracle and as more people in the Buffalo area heard about Ben, the story spread quickly and was taken up by the newspapers.  Soon good people all over the area responded, and the whole Buffalo community was caught up in the drama and anguish of Ben’s story.

He always wore blue to distinguish him from his twin, and soon a slogan evolved: Blue for Ben.  The community responded in astounding ways.  They lit up buildings, the Peace Bridge, and even Niagara Falls in blue to show support and compassion.  People wore “Blue for Ben” t-shirts.  There was a huge response at a fund raiser.  Everyone hoped for that miracle to happen, but it never came.  The Lord had different plans for Ben.  In her blog this week his mother described the shock, heartbreak, disbelief and acceptance she experienced when she heard her child take his last breath.  The newspapers announced to the world that Ben had lost his battle, and people all over the country are mourning.  I add my prayers for the family to the rest; yet at the same time I rejoice with them that Ben was now happily playing in heaven, able to walk and run again, not in any pain, and seeing the face of Jesus.  The family knows that this is not the end, and that one day they will all be reunited.  That is both their hope and rock.

Many children die every day ~ from various illnesses, from accidents, from starvation in some parts of the world.  Their parents hurt every bit as much as Ben’s family.  What makes a difference is that Ben’s family know the Lord, and they rest in His comfort.  His mom’s blog was full of faith, and overflowed with a spirit of submission to the will of the Lord.  She had prayed for a miracle, yet always “if it be Thy will”.  That is faith.  She describes having to mask her fright, her anguish, her pain in order not to panic Ben and the other two children, and yet through it all shines her underlying belief in God’s love for them all.  It would be difficult not to believe that her beautiful faith has had an impact on those who have been following her blog.

I have to ask myself: do I have that kind of faith?  I hope that faced with such a trial I would respond as Ben’s Mom and Dad have done.  Yet, I can’t say for certain that I would.  I don’t suppose any of us knows exactly how we might react, but I would hope that I would have the courage and faith of this family.  It would be so easy to be angry with God; to tell Him that it wasn’t fair; to insist that I have things my way, and that He spare my child.  Yet, I have come to learn over the years that faith is being willing to accept a “No” from God and continue to trust in His love.  It is in being willing to accept the hard road if that is God’s will; believing that He is able to redeem all things, and that even from the worst things, He can bring good.  Ben’s mom’s blog has been a witness to the world of a genuine faith, and I am sure it has been an encouragement and comfort to other families who might be going through some crisis of their own.

Satan goes about the world spreading disease and pain and suffering, hoping that we will ignore him and instead blame God.  He wants us, as he plotted for Job, to curse God and die.  Faith reminds me that God is love, and that His desire is always for our good.  Little Ben is Home now; and doing whatever little boys do in heaven.  He will see His family again because they all have “Jesus in their hearts” as the parents explained to their other children.  What a blessing and comfort this is for the families of believers.  Life is so short and often hard, but eternity will be filled with joy because of the suffering, death and resurrection of our Savior.

I am sure that God the Father knows about the pain of Ben’s family.  After all, He also experienced the death of His beloved Son.  May God be very close now to this lovely family in their time of sorrow and the pain of missing a dear little boy who has meant so much.