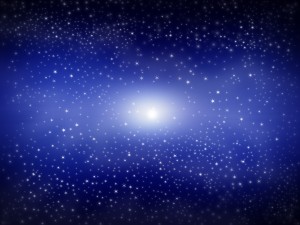 Do you ever lean your head back and just stare at a star-filled sky?  The majestic beauty of it can take your breath away… it leaves me in awe of the Creator who knows each bright light by name…

It’s with a starry sky that I’ll begin our journey… a journey that began thousands of years ago with a man named Abram.  The Lord God had called to Abram’s heart: “I will make you a great nation and I will bless you,” He’d said. “I will make your name great, and you will be a blessing.  I will bless those who bless you and whoever curses you I will curse; and all peoples on earth will be blessed through you.” (Gen. 12:2-3)  Abram, on faith, believed Him and followed God’s leading out of his homeland.  Later down the road, Abram grew discouraged because he and his wife had not yet had children and he wondered how God’s promise would be fulfilled… but the Lord ‘took him outside and said, ‘Look up at the heavens and count the stars ~ if indeed you can count them.  So shall your offspring be.”

Picture the night sky and imagine Abram’s wonder at such a promise ~ try to feel the amazed anticipation he must have felt… descendents enough to fill the heavens ~ how humbling that night must have been for him.  How blessed he must have felt.  What joy to have his faith counted as righteousness in the sight of his Holy God…

Though it didn’t happen until their old age, Abraham and Sarah had a son.  True to God’s word, the number of their descendents grew and the nation of Israel (so named after Abraham’s grandson, Jacob-Israel) was formed.  Through the generations, Israel’s faithfulness to God came and went… but His love never wavered.  A mighty king named David led Israel into their most prosperous years, but civil war weakened the nation and it split into two countries: Israel to the north, Judah to the south.  Eventually both sides abandoned their faith and were taken into captivity… after an exile, a remnant of Israelites were given permission to return to Jerusalem.  They began to rebuild their city and their knowledge of Jehovah God.  They held to the promises God had given through the prophets ~ one day, a Messiah would deliver them from their captivity.  A King would come to establish a kingdom for their people that would be without end.

By the time we reach the age of the New Testament, Israel had regained their population, but not their strength.  Rome was the ruling power and the Jewish people still waited for their King to show up and throw off all foreign bondage.

Perhaps on the quiet nights, the people of Israel looked up at the spread of sparkling lights and wondered about the promises made to their father, Abraham.  Maybe they tried to imagine the One who would come to be the Prince of Peace and the Wonderful Counselor.

I’d like to think that Zechariah and Elizabeth were people who took time to sit before God in stillness, thinking of all that had come before and all the promises still to be fulfilled. We do know, from the first chapter of Luke, that they were upright in the sight of God and observed all of his commandments.

When we meet this couple, both in the bloodline of God’s appointed priestly family, they are well along in years.  They have no children and probably believe they never will experience parenthood… until God’s plan changes the course of their lives in an unbelievable way.

The angel, Gabriel, is sent by God Himself to tell Zechariah that his prayers have been heard and Elizabeth will give birth to a son.  This son is to be named John and Gabriel reveals that he will bring many hearts back to God… and he will “make ready a people prepared for the Lord.”

…and God’s promise to Abraham to bless all nations through his descendents is on the brink of fulfillment.  The One who knows each star in every galaxy by name would soon begin His life on earth.  Each person in every generation is known to Him… and He would soon lay down His life to redeem all who would call on His name.

Take your time when you walk outside after the sun sinks into slumber and the stars are there to light your way.  Know that when He made the covenant with Abraham that He would bless all nations, God already knew it would be by His Son’s sacrifice.  So look at those bright beacons and know that the promise made to Abraham so long ago was given by One who already loved you.  And know that you have been blessed with a Savior!

← Stand firm therefore…
The Longing of My Heart →