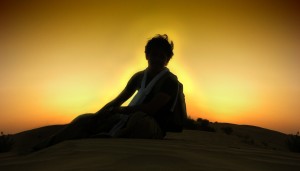 And behold, a woman of the city, who was a sinner, when she learned that he was reclining at table in the Pharisee’s house, brought an alabaster flask of ointment,and standing behind him at his feet, weeping, she began to wet his feet with her tears and wiped them with the hair of her head and kissed his feet and anointed them with the ointment.  Luke 7:37-38

She came to Him without shame or reservation.  This nameless woman walked right in to the house of a Pharisee and stood behind Jesus as He reclined at the table.  It took confidence and courage for her, a woman and a known sinner, to do such a thing.  Women were not valued in those times or in that place.  You have to think, too, she was probably the subject of gossip and the object of rejection and ridicule.

I believe her courage came from a prior interaction with Jesus.  Theologians think she had encountered Him before, maybe in a crowd while He was teaching.  It could have been anywhere.  Speculate with me for a minute…  Suppose she was coming out the door of her home where she did “business” and Jesus was waiting for her there.  She was drawn to Him immediately as He did not project criticism, rejection, or condemnation but love, grace and forgiveness.  He held her hands in His and a warm peaceful bliss entered her heart.  In this moment this nameless woman was given a name.  Beloved.  Forgiven.  Snow White.  Redeemed…

The day Jesus came to dinner at the home of a Pharisee she heard the news.  Beloved was so thankful she could not contain her praise any longer.  Perhaps she thought she would never see Him again, but now here He was so close!  Though uninvited, Forgiven entered the house and knelt at Jesus’ feet weeping.  The tears flowed so heavily that His feet were wet.  Without a second thought Snow White bent down and wiped His dusty feet with her own hair.  This was the one man who loved her for who she was, right where she was in life.  Redeemed knelt to kiss His feet, then took the ointment from her alabaster flask and anointed them.  A pure act of worship.

“Therefore I tell you, her sins, which are many, are forgiven ~ for she loved much.  But he who is forgiven little, loves little.” Luke 7:47

Like He gave her a new name, He gave me one, too.  A name engraved on His hands.

Behold, I have engraved you on the palms of my hands; your walls are continually before me.  Isaiah 49:16

Not just one hand, but both hands!  Engraved, not written with marker or ink, engraved forever.  Even when I feel or act nameless once again, I know my actions do not determine my relationship to the Savior.  My relationship is forever!

Then turning toward the woman He said to Simon, “Do you see this woman?  I entered your house; you gave Me no water for My feet, but she has wet My feet with her tears and wiped them with her hair. Luke 7:44

Notice Jesus was looking at the woman as He spoke to Simon.  I imagine He was looking deep into her eyes, straight to her heart.  Wow!  He validated her gesture of love right there in that room full of men.  It meant something to Him! He validates me, too.  He gives my life meaning.  He sees me.  He knows my name.  He notices what I do in praise and thankfulness.  I am not a nameless woman here on the earth amongst billions of people.  I am unique and loved and so are you.

← A Life That Sings: Michal ~ Lessons in Bitterness, Part 3
Be Not Afraid →